In Tamil Nadu, There Are No Easy Answers for the Private School Fee Dilemma

While it is natural for the state government to do whatever it can to ease the burden on its citizens in these trying times, many private schools are staring at a bleak financial picture. 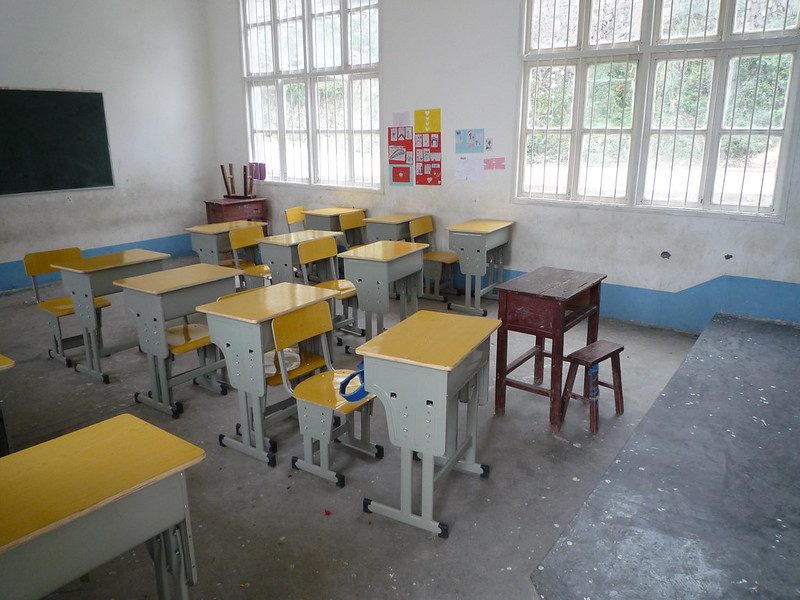 A dilemma of an unusual kind is playing out in Tamil Nadu. On the face of it, both sides of the divide have a point. Is there a middle path? If there isn’t one, it could very well spell disaster for the education system in the state.

The cause of the present dilemma – nay, the trouble – lies in the prolonged lockdown. With kids confined to homes, many private schools in the state have virtually run out of steam. With no visibility on the way forward, their sustainability has come under severe test.

For private schools, the situation has  become more complicated on the financial front after the state government told them not to force-collect fees from parents of students. The chief educational officer of Chennai and other district-level officials have warned schools in their jurisdictions not to force parents to pay fees immediately. Chief minister Edappadi K. Palaniswami had even said that action would be taken if specific complaints were received about schools pressurising parents.

With the extended lockdown forcing everything to a halt, it is quite natural for the government to be seen as taking every measure to ease the pressure on its citizens in these trying times.

Also read: With Decision on Classes to Be Taken in July, Jharkhand Must Review Its School Reorganisation Policy

In a few states, there is also evidence that the economic effects of the pandemic has forced lower-income families to take their children out of private schools – the Punjab education department, for instance, set a new record by adding 1.65 lakh new admissions in government schools this year.

At the same time, this move has pushed many private schools into a corner. They are ‘non-aided’ in the sense that they get no government funding. The Tamil Nadu government’s diktat on fee collection, according to many well-known educationists, is a virtual death warrant against private schools. What’s worse is that this has encouraged even well-off families, who can afford to pay, to hold back from making any fee payments.

On the one hand, the state government insists on these private education institutions pay salaries to all their teaching and non-teaching staff. On the other hand, it warns them of action if they collect fees from students. The government may argue that it is only against forcible collection of fees during the pandemic – and not a blanket waiver per se – but this move may have opened up a Pandora’s Box with many parents holding back on payment. If schools are not allowed to collect even minimum fees, how can the state government expect private institutions to pay salaries?

Also read: Here’s How We Can Gear up to Open Schools After the Lockdown

The entire issue has now taken a legal turn with the Federations of Association of Private Schools in Tamil Nadu and others taking their case before the Madras high court.

Like many states, private schools are a dime-a-dozen in Tamil Nadu. They are of assorted categories – big, small, wealthy and not-so-wealthy. The marquee and big-brand institutions are formidable and have deep pockets and can afford to wait out the lockdown.

But smaller private institutions – and they too do their job by serving different niches – are the ones who could be hit very hard by this directive. And, these form a sizeable number in the state.

Also read: Is Social Distancing Feasible for a Majority of Schools in India?

How to carve a middle path?

The face-off between private institutions and the state government poses a number of questions. For instance, if the state government is really concerned about its citizens while ordering private schools not to collect fees, why hasn’t it done more to ease hardship and put money in the hands of its citizens by waiving utility bills? Electricity charges, water tax and the like, to name a few, are still being collected despite the lockdown situation.

In fact, state governments are looking to get their hands on revenue wherever they can find it. A case in point is the higher taxes on liquor levied by a number of states and union territories.

When the state government has not provided relief in this regard, should it be up to the private sector to do the same? No doubt, circumstances are very trying and there are good arguments  to be made about the larger societal benefit in demanding that private schools temporarily stop or delay in collecting fees.

Yet, the diktat defies logic. Consider the issue of how institutions are expected to pay their teaching and non-teaching staff. Can the state government afford to not pay its public school teachers? Given the strong unionised nature of government-run schools, this is well nigh impossible and even risky for the ruling party even to contemplate. If that is the case for teaching staff in government schools, the same logic applies to teachers in private schools.

Also read: Lockdown Schooling Is No Substitute for Education

But they can be paid only if these unaided schools collect fees from their students. In Tamil Nadu, for instance, various estimates say that a significant number of private schools were able to pay only 50% salary to their staff over the last few months due to a cash crunch.

A workable way out of this dilemma should be within the realm of possibility even in these times. Often, political bosses take extreme positions in their game of one-upmanship, ignoring the consequences of such hasty actions on the overall education ecosystem. In recent years, this has become the norm with the Tamil Nadu government. It has the uncanny knack of getting into a Chakravyuh-like situations, but less experience on getting out of them.