Why India Needs to Seriously Push Its 'Study in India' Initiative

A larger presence of foreign students in a country is not only reflective of a nation’s ‘soft power’ but also augments it. 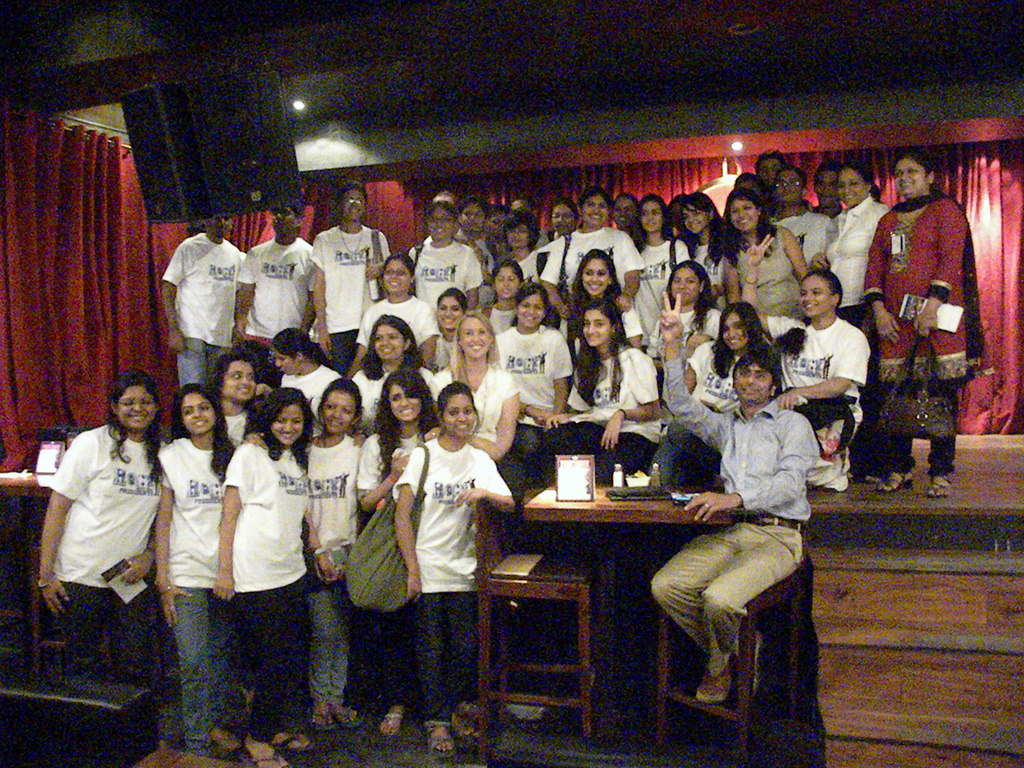 Students from various college at the US Embassy, New Delhi, 2010. Credit: usembassynewdelhi/Flickr, CC BY 2.0

This is the first of a two-part essay on ‘Study in India’.

According to a report on foreign students at India’s colleges and universities, their numbers fell by 6% in 2013-2014 to 31,126. Many newspapers headlined this decline even though the data is two years old. Curiously, less than a year ago, at least one newspaper quoted a 2014 report of the UNESCO Institute for Statistics (UIS) that ‘India is gradually emerging as a preferred destination for foreign students, particularly from the South Asian region.’ It also noted an increase in the numbers of international students to 31,120 in 2011-2012, which was 20% more than the previous year.

The purpose behind citing the numbers above, however, is not to highlight an increase or decline in the numbers of international students in India. In fact, the numbers seem to indicate that their growth has been flat over the past five years or so rather than going clearly in one direction or the other. The more interesting aspect of these numbers is how low they are considering that there are 757 universities, 38,056 colleges and 11,922 stand-alone institutions in the country (AISHE 2014-2015); and we have the second-largest population of higher education students in the world. In fact, India is projected to become home to the world’s largest population of college-aged students – 119 million – by 2025.

What is also remarkable about these numbers is that the number of Indian studying abroad – approximately 360,000 – is nearly ten times higher than the number of international students at Indian universities; and globally, over the past decade or so, there has been a significant increase in the numbers of students choosing to study abroad. In 2000, 2 million students travelled abroad to study; in 2013, the numbers had reached 4.1 million.

Given the low numbers of foreign students in India while their numbers are growing worldwide, the question is whether the Indian government should become more interested in attracting international students. Indeed it is or at least seems to be, with the MHRD under former minister Smriti Irani taking some preliminary steps to prepare a ‘Study in India’ initiative. The logical next question is whether the government and India’s universities can take concrete measures to make India more appealing for foreign students.

International students in China and India

Before taking up the issues raised above, a brief comparison with China is useful not only to appreciate the contrast between the two countries with respect to foreign students but also the opportunities and gains we can expect from larger numbers of international students.

Yes, geographical proximity and/or cost of education count among the key factors that have increasingly attracted more foreign students to China. However, it is also true that, unlike India, the economic and military rise of China has been accompanied by a surge in the rise of world-class universities which dominated the BRICS & Emerging Economies rankings 2016. China has also opened its doors to Western universities, and while this arrangement is not without its problems and controversies, it has allowed China to project itself as an emerging powerhouse in higher education, especially in an Asian context. According to Carly Minsky of Times Higher Education (THE), “the dominance of China’s universities in the BRICS & Emerging Economies rankings 2016 highlights a wider trend for international students to consider China’s top institutions alongside leading universities elsewhere in the world.”

The contrast with India is stark. Students from even the South Asian region do not seem to have much interest in studying at our universities. Statistically, neighbouring countries such as Nepal are the largest suppliers of foreign students to India but their overall numbers are quite small. Bureaucratic and other hurdles are among the many key factors that discourage students, from neighbouring countries and elsewhere, from seeking to study in India. In comparison to China, the quality of education at our universities also dissuades international students. Finally, we do not even seem to have a strategy in place to woo international students.

So, a second dismal aspect of foreign students in India, other than the fact that their numbers are very low, is that our universities do not attract many students from even the neighbouring countries, which are all poorer countries and with higher education systems that are mostly in worse shape than ours. Geographical proximity and the relatively low costs of education clearly do not matter as much as we might imagine.

Should countries such as India even be concerned about the low numbers of foreign students and consider measures to increase their numbers? Why bother at all?

For many Western countries such as the US, the UK and Australia, one of the many immediate and measurable benefits from large numbers of international students is economic. International students contribute billions of dollars to these countries and because many of them stay behind to work and live there, they continue to contribute to the host country as skilled workers. In 2015, international students contributed more than $30.5 billion to the US economy. Similarly, in the UK, According to the Impact of Universities on the UK Economy (March 2016), the higher education sector in the UK generated over £73.11 billion of output and 757,268 full-time equivalent (FTE) jobs throughout the economy via direct and secondary or multiplier effects. Higher education institutions in London, which has more top-ranked universities than any other city in the world, contributed a net economic benefit of $3.5 billion to the UK economy. In sum, as a headline put it: ‘International students bring money, skills and jobs’.

Direct and indirect economic benefits apart, foreign students bring social and cultural benefits to the host nation. Such benefits are hard to measure but widely-acknowledged as important for the host university and the immediate community. A 2015 article in the Atlantic largely agreed with a report by the International Institute of Education (IIE) that:

The presence of international students in American schools provides U.S. students with exposure to different cultures and ideas enlivening classroom discussions with their perspectives and experiences. This exposure also has practical value, especially when only a fraction of American college students study abroad; sitting in a classroom with a Brazilian or a Saudi might be the only exchange that Americans students have with people from other countries and the only opportunity to develop skills critical to a globalized workforce.

Now, for developing countries such as India, economic benefits aside, other kinds of gains from international students may not be taken into consideration by policymakers. International students from some countries may even be considered a problem from a national security perspective. However, what we need to appreciate is that India as an emerging world power, certainly as a regional power, must utilise all means possible to nurture and further close ties with its neighbours as well as other countries. India’s economic and military power may impress but is also considered a threat and is therefore inadequate for maintaining good relations with neighbouring countries. Encouraging a larger number of students from South Asian countries, even offering them generous incentives to study in India, would help strengthen ties between India and its neighbours and enhance India’s image and influence.

As I discuss in the next part of the article, a larger presence of foreign students in a country is not only reflective of a nation’s ‘soft power’ but augments it. While democracy, diversity and culture (including movies and music) are all important contributors to our soft power, a robust higher education sector which attracts students from abroad could become terrifically important for the same reason, particularly in the current era where the knowledge sector is more valued globally than ever before. Just as the incredible success of Indians abroad in a variety of professions has done wonders to our image, a more dynamic and qualitatively superior higher education sector could do more, probably much more.