There were 47,755 international students in India in 2016 – which is very low given the enormous size of the higher education sector. 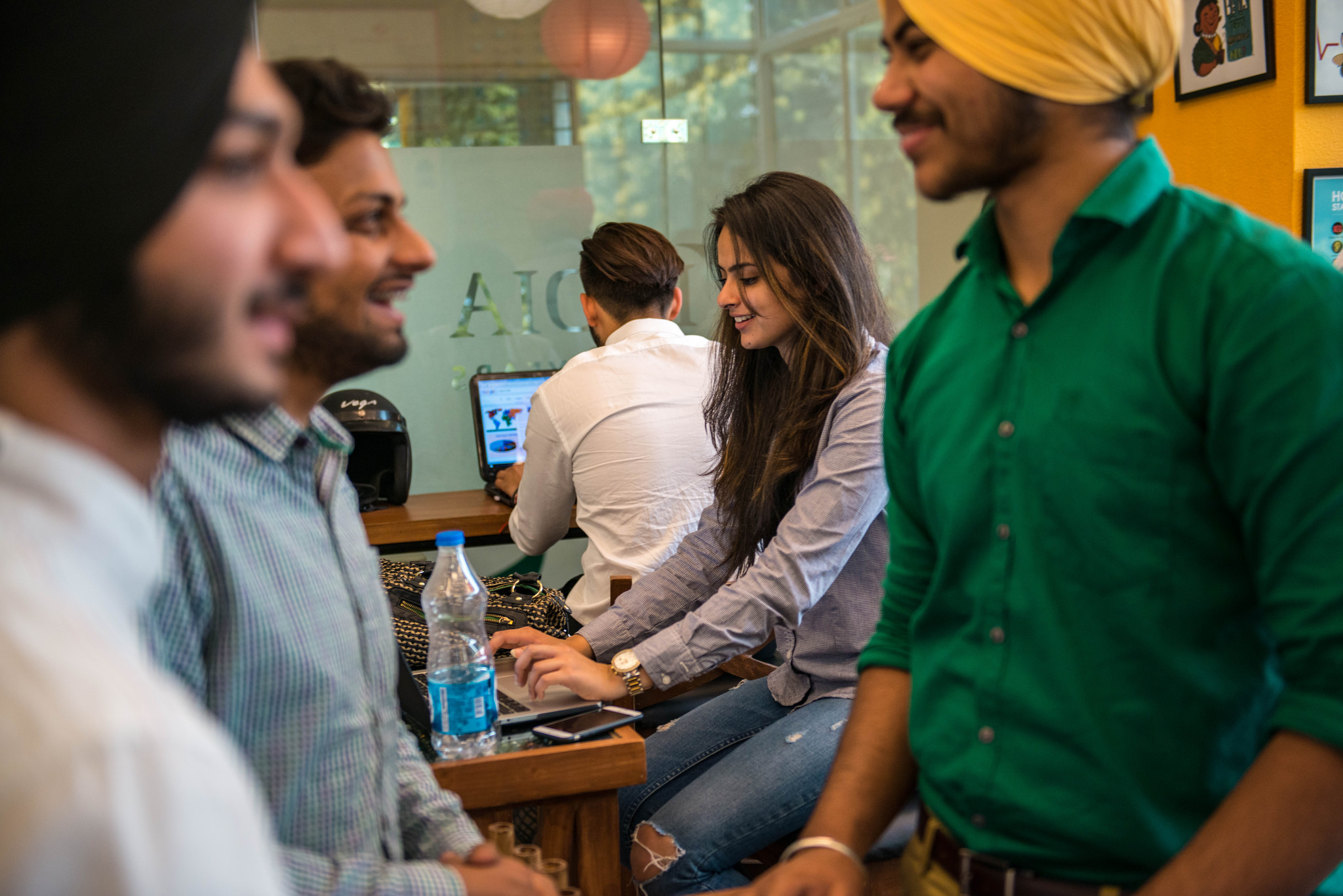 There are more than 5.5 lakh Indian students studying abroad, nearly 11x more than the number of foreign students in India. Credit: ufv/Flickr, CC BY 2.0

Coming close on the heels of the ‘Institutions of Eminence’ (IoE) initiative, the launch of the ‘Study in India’ website for international students is another attempt by the government to boost India’s higher education. The specific objectives of the scheme are to (quoting verbatim):

The Government of India has approved Rs 150 crore for ‘Study in India’ for 2018 and 2019, chiefly for brand promotion activities.

‘Study in India’ was first considered in 2015, when Smriti Irani helmed the Ministry of Human Resource Development (MHRD). Three years later, it has finally emerged as a joint initiative of four ministries – MHRD, external affairs, home and commerce – with the goal of increasing the number of foreign students in India to 2 lakh over the next five years.

The ‘Study in India’ website will enable international students to readily obtain information about 160 colleges and universities currently listed on the portal and apply for admission. More institutions are to be added to the list. Students from 30-odd countries in Asia, Africa and Eastern Europe are the target group. The scheme also carries benefits, such as easing the visa process and fee waivers to foreign students from Asia and Africa.

A source of soft power

This initiative has been long overdue. There are both quantifiable and non-quantifiable benefits of foreign students. The most obvious quantifiable benefit is economic. Countries such as the US, Canada and Australia – the three top destinations for Indian students – earn fantastic amounts from international students. According to the Australian Bureau of Statistics, the country earned nearly AUS $30 billion from education, making it the top-earning service export. One calculation has shown that the 1.5 million international students in the US and Canada contribute about $49 billion via direct spending on tuition and other expenses.

There are several non-measurable benefits of international students. They bring greater diversity to the classroom and campus life, and enhance learning. Even in an already-diverse country like India, the benefits of having more international students cannot be understated. If little else, their presence will promote better understanding of peoples and cultures in other countries. India also stands to generate enormous goodwill by extending the benefits of its higher education institutions, especially to countries in its extended neighbourhood that do not have institutions comparable to the IITs, NITs or JNU. An interesting touch to the ‘Study in India’ scheme is that it will offer full or partial fee-waivers for more than 50% of international students.

It is also heartening to see that the first listed objective of ‘Study in India’ is “to improve the soft power of India”. A large number of international students in a country indicate its ‘soft power’ as defined by Joseph Nye (who coined the term). The sources of soft power are said to lie in “the attractiveness of a country’s culture, political ideals, and policies” – whether democracy, human rights and individual opportunities – so that peoples and nations around the world aspire to emulate that country.

A country’s higher education institutions also count as an important source of soft power when young people around the world admire and seek to attend those institutions. According to Nye, “much of American soft power has been produced by Hollywood, Harvard, Microsoft and Michael Jordan.” But international students also augment a nation’s soft power, since students often carry with them good memories and a favourable image of the institution and the country.

China, a nation often on India’s mind, takes soft power very seriously. It has been reported that it spends $10-12 billion a year on a range of efforts, including traditional lobbying and public relations campaigns and more clandestine forms of influence-building. In the education sector, China in 2012 announced its goal of becoming an international education hub with a targeted enrolment of 500,000 international students by 2020. With several world-class universities, it is nearly there. In 2016, China had 400,000 international students, third only to the US and the UK. China is also spending substantial amounts on promoting its languages around the world by building several hundred Confucius Institutes. However, while admired for its economic growth and military power, its politics does not generate similar adulation.

Global student mobility has been on the rise over the last few decades. With the emergence of world-class universities in Asian countries, students in low- and middle-income countries – who constitute the bulk of globally mobile students – are increasingly choosing universities in China, South Korea and Hong Kong over those in the West. Branch campuses of Western universities are also becoming popular. Students in many Western countries are also being encouraged to study abroad, at least for a couple of semesters. Given the overall poor quality of its higher education sector, India is perhaps not in the best position to take advantage of these trends. However, it still can do better with what it has. For that to happen, like China, India needs to develop a viable set of strategies to attract more students from abroad.

Several factors will determine, in various degrees and multiple combinations, the ‘pull’ of Indian universities for students worldwide who are looking to study abroad. Among the more important ones are the quality of education on offer, the cost of education, the location of institutions and, of course, the other options that may be available. Brand promotion will help the cause of bringing more foreign students but marketing alone will not be sufficient to bring in substantially larger numbers to India.

Prakash Javadekar was right in saying that “India can become a hub of affordable education for foreign students”, but that is more likely to happen when the quality of education is also fairly good by international and certainly regional standards. The appeal of India’s universities for foreign students will also depend on what competing countries and universities have on offer, whether in the Middle East or Southeast and East Asia. Location will matter as well: universities in larger (and more liveable) cities or those with large self-contained campuses are at an advantage.

Second, the government’s guidelines for the IoE group has called for “a reasonably good mix of domestic and foreign students” and up to 30% of the total student body can be foreign students. Since these universities are free to fix and charge fees from foreign students “without restrictions,” they will be encouraged to maximise their quota of 30%.

Third, institutions in the IoE group have been advised to hire “a good proportion of foreign or foreign-qualified faculty” up to a limit of 25% of all faculty. Foreign students are more likely to be attracted to institutions where larger numbers of faculty are global – with PhDs from some of the best institutions in the world – rather than ‘local’.

That the IoE group of institutions will contribute substantially in terms of raising the total numbers of international students in India is not inevitable. However, they can certainly play an important role in raising the larger profile of India’s universities, which, over the long term, will help increase the number of foreign students.