Educationists and policymakers who were hoping that the Union government would step up as lakhs of students have lost crucial years of education because of the pandemic were left disappointed. 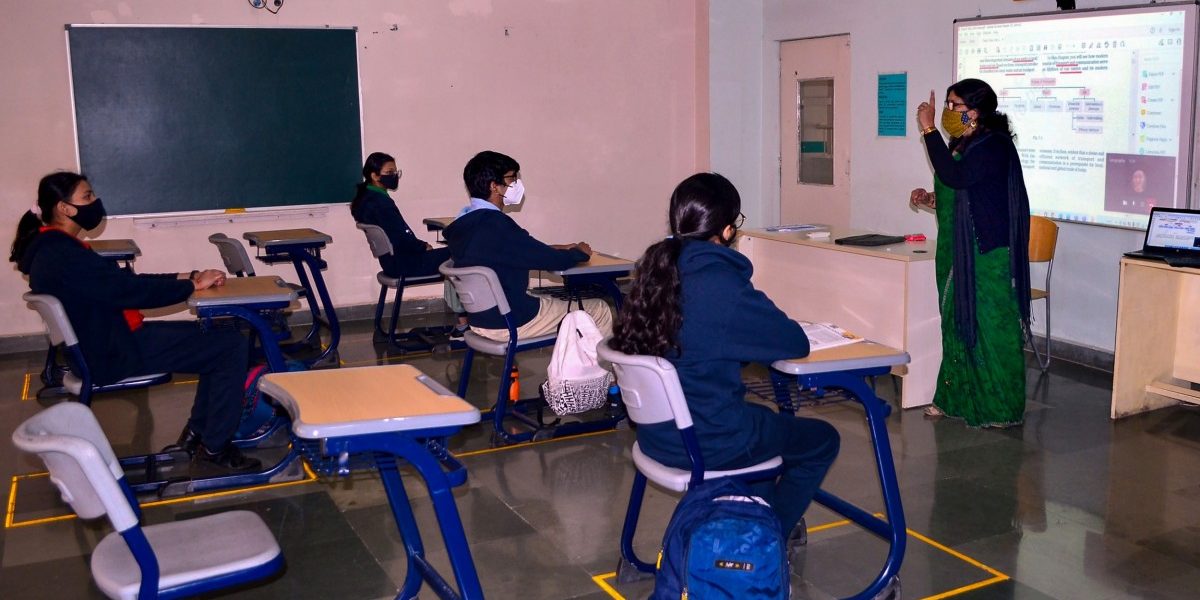 New Delhi: The near-stagnant budgetary outlays over the last few years for the Ministry of Education, and a general lack of imagination to provide impetus to the increasing need for accessible quality education, indicate the Union government’s now-evident thrust to gradually transfer its responsibilities to the private sector.

The 2022-23 Union Budget is no different from its previous counterparts. With a total budgetary outlay of Rs 104277.72 crore, divided between the departments of higher education and school education and literacy, the Union government has only marginally increased the total allocation to the Ministry of Education. Last year’s allocation to the ministry was around Rs 88,000 crore.

Much of the Rs 16,000 crore increase in the outlay from last year has come out of the need to give a thrust to digital education infrastructure in current circumstances, when schools remain indefinitely in the pandemic. Educationists and policymakers who were hoping that the Union government would step up as lakhs of students have lost crucial years of education because of the pandemic were left disappointed.

Kudos to FM for recognising loss from 2 years of school closure but really one class one TV, e-content is NOT the answer. Opening schools is the and. Are we so blind to realities on the ground?

It’s been TWO YRS
Why does #India have one of the longest school closures in the world?
Even Uganda opened schools. China of course is way ahead
Why are only our kids falling behind? This is a race to the bottom#BudgetSession2022@PMOIndia @dpradhanbjp pic.twitter.com/wGROwzrKSO

Among the most significant initiatives that Union finance minister Nirmala Sitharaman announced as measures to support students from marginalised communities during the pandemic was the expansion of “one class-one TV channel” programme of PM eVidya from 12 to 200 TV channels in different languages. “This,” the finance minister said, “will enable all states to provide supplementary education in regional languages for classes 1-12.” Along with this, she also announced that 750 virtual labs in science and mathematics, 75 skilling e-labs for “simulated learning environment” will be launched in the upcoming financial year.

She also said that a “digital university” with personalised learning experience will be established, and that India’s public universities will collaborate in setting this up.

Educationists, however, feel that the government should have made efforts to sustain existing school and college education instead of announcing new projects that may end up as non-starters in a restricted environment.

“We must ask whether 80% of those students who have little or no access to digital infrastructure will benefit from the education outlay. To my mind, the Union budget is yet another exercise to mislead the nation and pave a smoother way to privatise education.”

Most education experts involved in the public education system believe that the Union government’s National Education Policy (NEP) has opened up unprecedented ways to normalise private education, especially low-cost, low-quality education at the school level and inaccessibly expensive higher education. They also believe that the NEP has only side-stepped the Right to Education Act, which made education a fundamental right and guaranteed some sort of equitable education for all irrespective of the economic and social backgrounds of students.

According to Union education minister Dharmendra Pradhan’s recent response in Parliament, RTE compliance has only been 25.5% in the last 11 years since it was introduced. Additionally, around 11 lakh appointments of teachers are pending at the moment, about which the Budget makes no reference whatsoever.

More significantly, the outlay for PM Poshan Shakti Nirman, formerly called the Mid-Day Meal Scheme, has consistently come down in the last few years. In 2020-21, the allocation for the scheme was around Rs 12,900 crore, while in 2021-22 it was reduced to Rs 11,500 crore. In the 2022-23 Union budget, the allocation for the scheme was brought down to Rs 10,233.75 crore, disincentivising primary education for poor children even further. The downward spiralling of the unique scheme has continued despite the fact that the prime minister in his multiple speeches have emphasised the need for better nutrition for children.

“Emphasis on digital education is another way to bring in private players in the education sector. It will only fuel further inequality,” Ranjan says. He cited the example of how budgetary outlay to incentivise education among girl students who belong to Scheduled Castes/Scheduled Tribes has been entirely taken out from the budgetary sheets.

“Last year, the government reduced the budgetary outlay for the scheme from Rs 110 crore to only a crore. This year, the budget has entirely removed it,” he says, adding that the government has completely taken its eyes off its basic responsibility of providing education to the students from poor and weaker communities, much in contrast to its rhetoric of facilitating universal education.

There has been agreement among government officials, policy makers and educationists that the budgetary allocation for education should not be anywhere less than 6% of the GDP, as recommended first by the Kothari commission and more recently by the Modi government’s own NEP. However, subsequent governments have failed to achieve the target. The Modi government, over the last few years, has performed the worst in this respect by decreasing the education budget every subsequent year. During the BJP-led government, the education budget has hovered around 3% or less consistently.