Dear Minister: An Indian Did Try to Fly But He Definitely Didn't Invent the Aeroplane

If the thinking of Satya Pal Singh is anything to go by, we must prepare for a long spell of darkness. 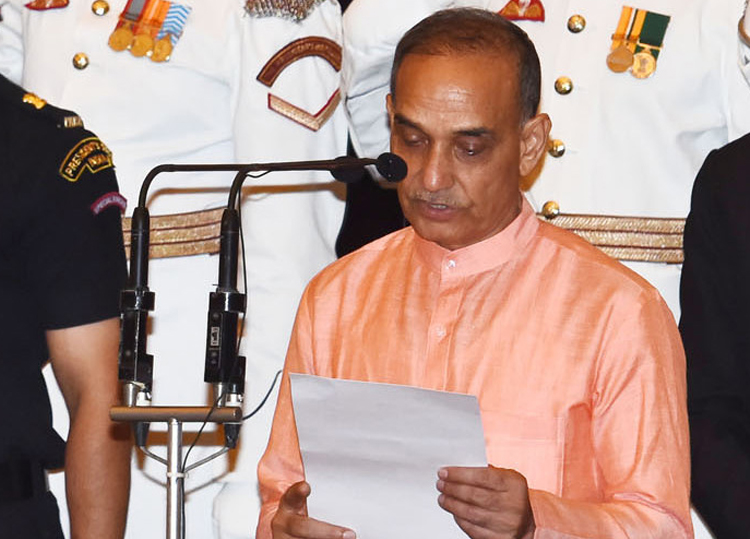 Success is a strange thing. It is one moment in a long and arduous journey of enterprise. It is Sachin Tendulkar’s 100th century alone but not the 99 centuries that came before. It is Thomas Edison & co.’s famous incandescent lightbulb and not the 6,000+ attempts that came before in search of the right materials. Success is a brief flaring up of the candle of perseverance before it settles back down and keeps glowing. To put it out after that moment maybe fair to the flare, but it’s not fair to the candle.

When Satya Pal Singh, the minister of state for human resource development, says that engineers must be taught the story of an Indian who flew an airplane eight years before the Wright brothers’ feat, he is blowing his nose over that candle. Singh is blinkered by his lust for Indian supremacy so much so that he is fixated on an Indian, a Mumbaikar, flying an airplane in 1895 – an event that may not have happened – and ignores the enterprise that must have come before, and the encouragement that should have come after.

The Mumbaikar in question is Shivkar Bapuji Talpade. According to some reports, Talpade built an airplane when we was an instructor at the city’s Sir J.J. School of Art. It seems he had been inspired by supposedly descriptions of airplanes in Hindu mythology in the Vaimanika Shastra, an exposition of the sage Bharadwaja, and wanted to recreate them. Anecdotal reports compiled by Pratap Velkar, an architect-historian, suggest that on the day of the flight, few were in attendance. However, another report – filed by an author named K.R.N. Swamy in the Deccan Chronicle – suggests that the then-king of Baroda was in the audience.

This contradiction is trivial compared to what came after. According to Velkar and Swamy both, Talpade’s airplane stayed airborne for a few minutes, flying over 1,500 feet before dropping down. The source of energy during this feat was allegedly a ‘mercury vortex engine’: a drum of mercury that, when exposed to sunlight, released hydrogen and buoyed the plane up.

Mercury does not react with sunlight, although it could participate in sunlight-induced chemical reactions. It reacts only moderately with oxygen, so it’s not clear where the hydrogen comes from. More importantly, Swamy claims in his article that Talpade’s airplane was able to produce enough thrust to lift a presumably 200-kg airplane into the air and propel it across 1,500 feet. Velkar disputes this. Finally, Velkar and Swamy both speak of an unmanned aircraft while Singh has said that Talpade flew the thing. It would seem the latter is not even wrong.

These descriptions, and others besides, have been thoroughly bunked – especially by those scientific traditions of the West that Satya Pal Singh is reluctant to agree with. The clincher is that if Talpade’s feat did actually happen the way chroniclers have said it did, then anyone today building an airplane with the same principles should be able to recreate it. This hasn’t been possible.

All of this also misses the point. According to Velkar, after Talpade completed his demonstration on an unmarked day in 1895, he wasn’t able to raise enough funds, neither from the king of Baroda nor from other businessmen, to build a second aircraft. State help was not forthcoming. When Velkar eventually tracked down the research papers written by Talpade to the possession of a scientist named G.H. Bedekar, Bedekar said that the papers only reveal that Talpade had failed in his efforts.

As Aparajith Ramnath, a historian of science, wrote in The Wire, “To reduce [research] to a battle for priority is to replace an intricate portrait with a gross caricature.”

The point of teaching ‘ancient technology’, if it happens, should be to inculcate the spirit of perseverance and entrepreneurship. A Shivkar Bapuji Talpade today ought to be able to try and fail, and not have the consequence of such failure bog her down for the rest of her life. Moreover, the value of good research is born out of an invaluable global contract. For example, the value of the contract between two scientists working in separate labs is born out of using the scientific method to perform their experiments just like the value of a 100-rupee bill is born out of an economic contract between the citizens of a country and the state.

Sidestepping these contracts to create our own value system will take us nowhere – neither further into knowing our past better nor shaping the future. However, it is easily possible to simultaneously acknowledge value-systems of the past, and the intellectual and socio-political contexts in which they operated. So to acknowledge that Oliver and Wilbur Wright flew an airplane for the first time in 1903 is to acknowledge a contract that scientists and engineers abide by to this day: that the plane can be recreated, that it will fly just as the brothers and other historians have described, that it will bank on scientific principles that have been validated over and over. But to suggest that it hegemonises the contracts forged by ancient Indian traditions is misguided.

It does not, and herein lies the fallacious derision of the West that a part of the modern, post-colonial India is given to. To describe ‘success’ in the form of an airplane that flew according to natural contracts described thousands of years ago and to describe ‘success’ as improving research quality in the global arena today typifies the conflict that Singh and others like him have been unable to overcome. This is the conflict that prevents India from transitioning from an erstwhile giver of knowledge to a modern taker, a conflict that a historian would simply dismiss as ‘presentism’.

We must become okay with taking so we can be givers again. We can’t give from the past to a world that has moved on.

If the thinking of Satya Pal Singh is anything to go by, we must prepare for a long spell of darkness.