Six Months After Ramjas College Violence, Things Are Only Getting Worse

An event scheduled in Delhi University to try and initiate conversations of various kinds was cancelled due to 'security concerns', only highlighting how free academic spaces have shrunk. 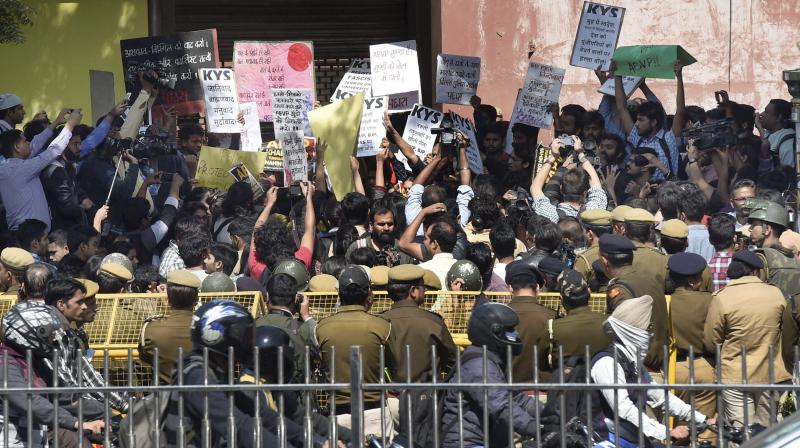 A protest against the ABVP violence at Ramjas College. Credit: PTI/FIles 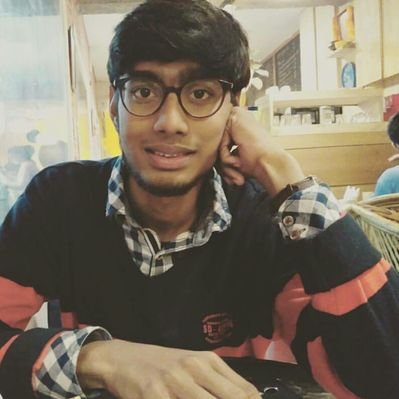 It has been five months since the the English Department of Ramjas College, Delhi University, and Wordcraft – the college’s literary society – held a seminar titled ‘Cultures of Protest: A Seminar Exploring Representations of Dissent’, for which I was one of the organising committee members. On the day planned for intellectual debates and academic altercations, however, the college became the site of intense violence involving students from the Delhi University Students’ Union and the Akhil Bharatiya Vidhyarthi Parishad (ABVP), the student wing of the BJP. They violently attacked professors, students and other attendees of the event.

The conference was first disrupted by the members of the ABVP, who brought lathis with them. This was followed by stone pelting and more physical attacks on the attendees of the seminar. ABVP members and supporters objected to the seminar on the grounds that its line-up of speakers included Jawaharlal Nehru University student Umar Khalid – a PhD scholar who was arrested on charges of sedition in February 2016. (No chargesheet has been filed in the case till now.) We had invited Khalid, who is working on a dissertation focusing on tribal communities. Following opposition to the event, the organisers met with Rajendra Prasad, the then principal of Ramjas. They decided to withdraw the invitation to Khalid, after due pressure from the police and state machinery – which couldn’t be trusted to provide security and safety to the attendees of the event if the demands of the ABVP weren’t met.

Also read: Surrounded By Violence But Not Brought Down By It: A Firsthand Account of Ramjas Protests

In the last six months, Delhi University in general and Ramjas College in particular has faced a severe curtailment of academic freedoms and the liberty of ideas and speech, because of repeated crackdown from the authorities on all attempts at moving towards conversations, apart from the excruciating legal process that the state has kept us involved in. The most recent such curtailment was when we had to call off our programme ‘#WhatTrulyHappened’, an event where we planned to gather to mark six months of the ABVP’s attack. We wanted to highlight our side of the story and talk about the nature of recent violence on campus. The event was planned in collaboration with DU Conversations – a platform started by progressive, democratic forces in Delhi University.

The DU Conversations event was scheduled to be held on August 24 at 3:30 pm in the Sociology Department of Delhi School of Economics, which was celebrating 70 years of independence with cultural and academic discussions. The programme was supposed to have musical performances by Sumangala Damodaran, the Mazdoor Union Band and others. Ramjas College students too decided to be a part of this programme and talk about the violence.

However, once Ramjas students made that decision, rumours spread and we, the organisers, were advised to back out of the programme for security reasons. People came to us claiming that the ABVP thought Khalid and others were being invited to this programme as well without making it public, so they would try and repeat what had happened in Ramjas six months ago. The next day, August 23, the entire umbrella event DU Conversations came under the radar. It became impossible for the event to take place as the director of the Delhi School of Economics, Pami Dua, after being advised by the security officer, decided to write to the authorities to “postpone” the programme with immediate effect.

What was DU Conversations all about? It was an attempt to initiate discussion around how to begin conversations in and around the university, to be able to create a space for inter-college, inter-departmental communication and, most importantly, it was an initiative to enable the exchange of ideas. Knowing what the planned event was about – and the fact that the forces that be refused to let it happen – is enough to prove that the university space has now become the state’s monopoly. It is being controlled using the threat of violence; anyone who says or even thinks of saying anything that destabilises the established dominant power becomes a target.

This set up of the university – where we are all being constantly watched and our conversations are overheard – reminds me of Jeremy Bentham’s panopticon. We will never know for sure when or to what extent we are being watched – until the hand of power shows itself. The fact that the inmates cannot know when they are being watched means that all inmates must act as though they are watched at all times, effectively controlling their own behaviour constantly. Bentham described the panopticon as “a new mode of obtaining power of mind over mind, in a quantity hitherto without example.” This is what the state is doing with us. The idea of organising a conversation around Ramjas College and talking of the violence seems to make those in power uncomfortable and thus, a concerted effort to throttle our voices begins.

A herculean effort is being made by the state to contain all critical thinking, particularly in university spaces: first, by keeping us burdened with an unending legal procedure that now seems to have taken a toll on us both financially and intellectually; second, by robbing us of all our spaces to talk and keeping vigil on our thoughts. The resources being used to intimidate students is bizarre, especially given all the work that could be done in the country.

In the last six months, academic liberty and the space for ideas has shrunk, nearly dissipated. There is a systemic uprooting of the values that govern the civility of human lives and academic learning, an erosion of all possibility to exchange ideas that may change minds and broaden perspectives.

This serious act of not allowing a conversation to occur and flow is a threat to the democratic fabric of this nation. It should not be for the state and its supporters to decide who can say what.