The new uniform will have shorts, skirts or salwars that will be the same colour as the new RSS uniform. 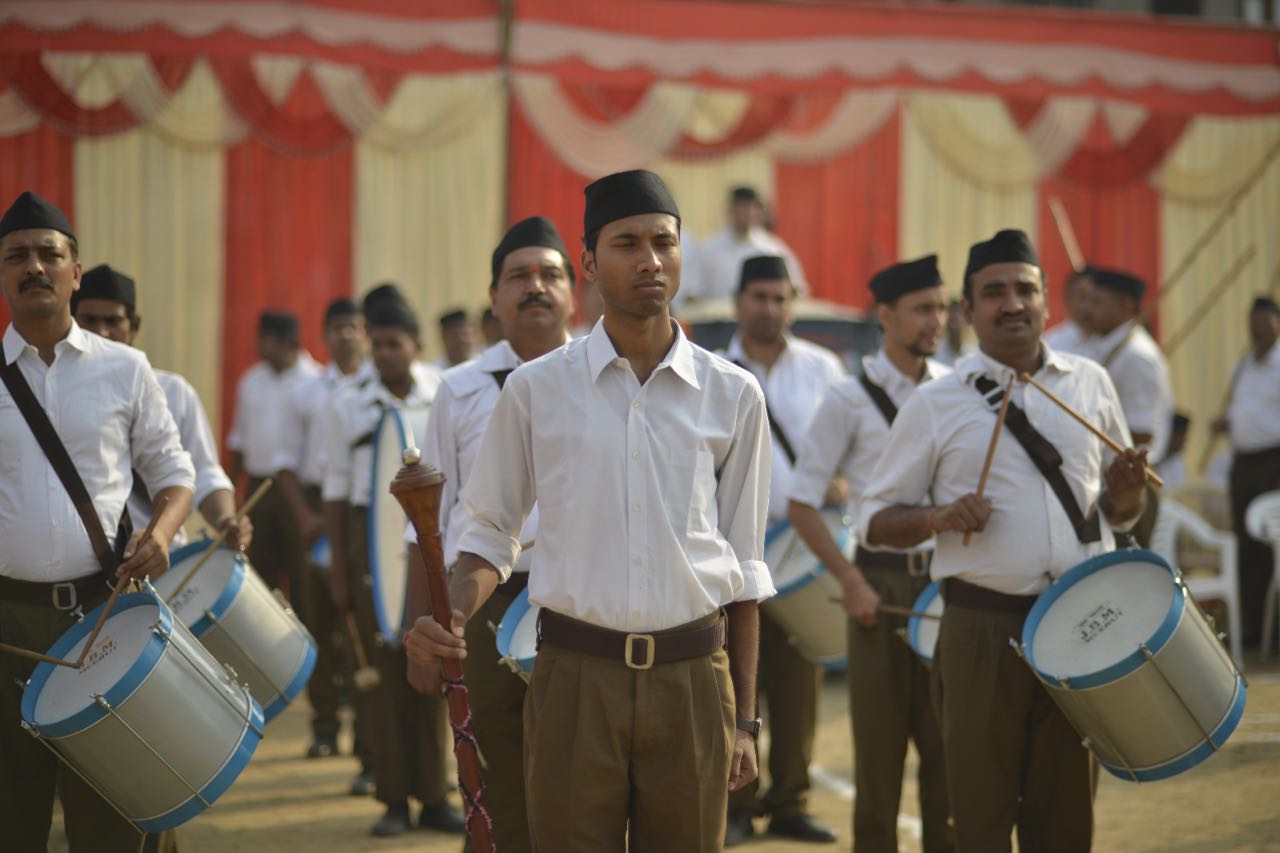 A preview of the RSS's new dress code: from half-pant to full. Credit: Shome Basu

In September 2016, the BJP-led Rajasthan government decided to change the school uniform for government schools, reportedly to better represent ‘Indian culture’ and so that children attending these schools do not feel inferior to children going to private schools.

State school education minister Vasudev Devnani had said at the time, “The existing uniform has become synonymous with the poor state of affairs in the government schools over the years. Now, government schools are fast changing, progressing and have superseded private schools in many ways. The colourful new uniform will boost the confidence of our students”.

The decades-old blue shirt with khaki shorts and skirts uniform was set to be changed to yellow and blue or white and grey from the next school session, April 2017. However, it now appears that the uniform that has now been decided upon is not as colourful as the children may have been led to hope.

Incidentally, the RSS’s decision to change it’s uniform from khaki shorts to trousers was made in March last year.

According to the Hindustan Times report, the BJP government in Rajasthan has taken several measures to ensure that the colour of the bottoms is exactly that of the uniforms of the party’s ideological fountainhead, going so far as to collect samples of the RSS uniform from mills at Bhilwara, which supplied the first lot of the RSS’s new uniforms.

However, Devnani has apparently denied that the new uniforms have anything to do with the RSS, reiterating that the decisions were made by the committee. He insisted that the decision was made based on demands made by parents at two parent-teacher meetings in September 2016 and January 2017, reportedly attended by 3 million parents.

The new uniforms will be instituted beginning July this year.

The Rajasthan government has recently courted controversy for changing textbooks to include more information on Veer Savarkar and other RSS ideologues, while at the same time cutting out content on Jawaharlal Nehru.