Professor Assaulted in Motihari For Being Critical of VC's 'High-Handedness'

Sanjay Kumar, an assistant professor of sociology at Mahatma Gandhi Central University, was reportedly dragged from his third floor house to the street and nearly torched by a group pf people. 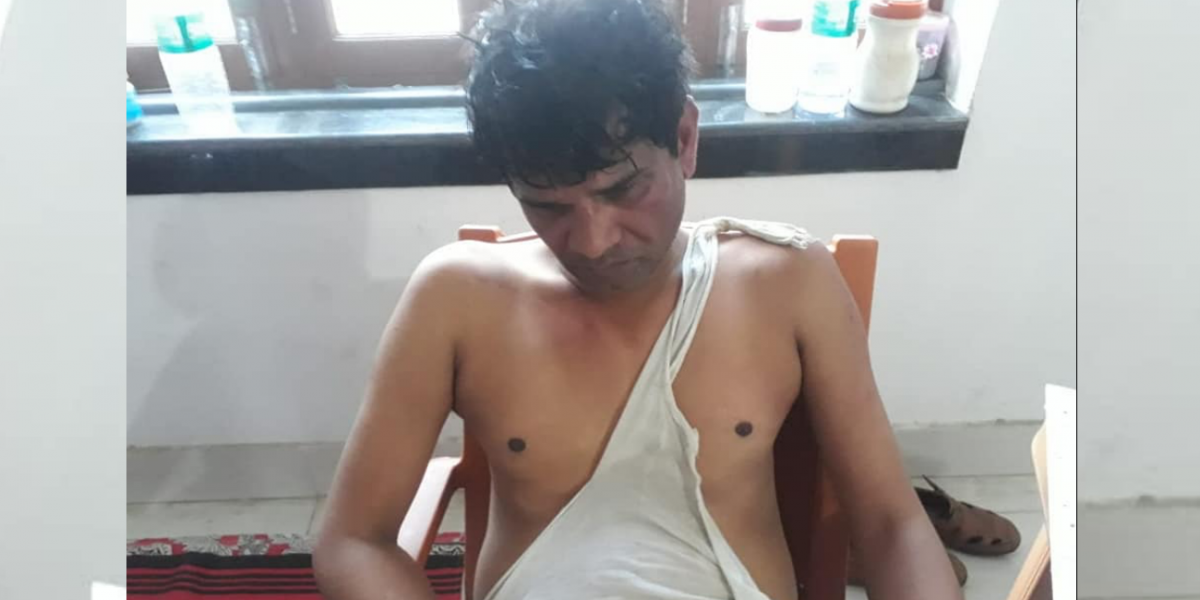 New Delhi: In yet another attack on dissenting voices in Indian universities, a faculty member at the Mahatma Gandhi Central University in Motihari, Bihar, was roughed up brutally by around 20-25 people for being critical of the vice-chancellor on Friday morning.

Sanjay Kumar, an assistant professor of sociology, was reportedly dragged from his third floor house to the street and assaulted by a group of people in broad daylight.

Kumar, an alumnus of the New Delhi’s Jawaharlal Nehru University, was part of the teachers’ group that has been protesting against what it calls vice chancellor Arvind Kumar Agarwal’s “high-handed decisions” over the last few months.

“The assaulters kept shouting that Kumar was being punished for speaking against the VC, for posting anti-national statements on social media,” Mrityunjay Kumar, an assistant professor in the department of sociology at the university, told The Wire.

He added that if a few bystanders had not intervened, the assaulters would have torched Kumar, as they had already poured petrol on him. 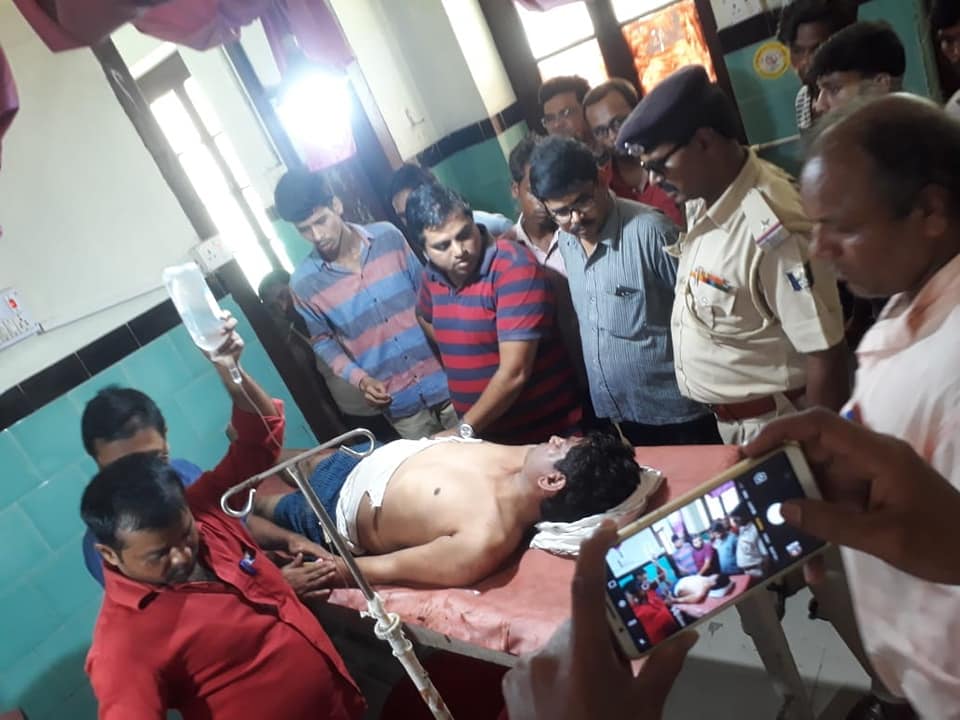 A group of teachers had been sitting on a dharna at the university since May 29 against three primary issues. “We were demanding that the VC should implement the reservation policy in recruitment of non-teaching staff at the university. The policy is being blatantly violated here. Two, to gag any democratic voice, the VC has slapped fake sexual harassment cases on a few teachers. We have proof to show that. On top of it, he has used intimidation tactics to get a few teachers to sign on blank papers. The VC has been threatening that he would use these papers for their resignation letters,” said Mrityunjay.

The faculty member added that the VC had terminated two teachers for being critical of the administration recently but he had to retract his decision after the teachers put pressure on him.

It appears that the mistrust between the administration and the teachers of the university has been peaking of late, an outcome of which was the formation of a Mahatma Gandhi Central University Teachers Association a fortnight ago. The VC has refused to recognise the body because of which the dissenting voices in the university has only escalated.

“Our voices are being completely gagged. There is hardly any democratic space in the university. This is not a university, it is a prison,” Mrityunjay said.

The confrontation between the administration and teachers has been getting a lot of media attention ever since the latter has been staging a dharna.

In such a context, the immediate trigger of such a brutal attack on Kumar, said Mrityunjay, were a few social media posts by the professor.

“Kumar was posting critical posts against the recent assassination attempt on JNU student Umar Khalid. He also has been really critical of the VC since many days. Yesterday, when the former prime minister Atal Bihari Vajpayee died, Kumar posted a comment saying, ‘Fascivaad ka ek naye yug ki samaapti, Atal ji anant yatra pe nikle (The end of one era of Fascism, Atal Bihari Vajpayee embarks on his final journey)’. It is then he suddenly became the target of organised trolling on social media,” he said, adding that he was abused, called names, and threatened on Facebook.

He said that on Friday morning, he received a threat on his telephone that he wouldn’t be spared. “And then, a few hours later, the mob barged into his house.”

Kumar is currently being shifted from Motihari’s district hospital to Patna. Although Kumar mustered enough energy to file a complaint with the state police, he is said to be in a critical condition. 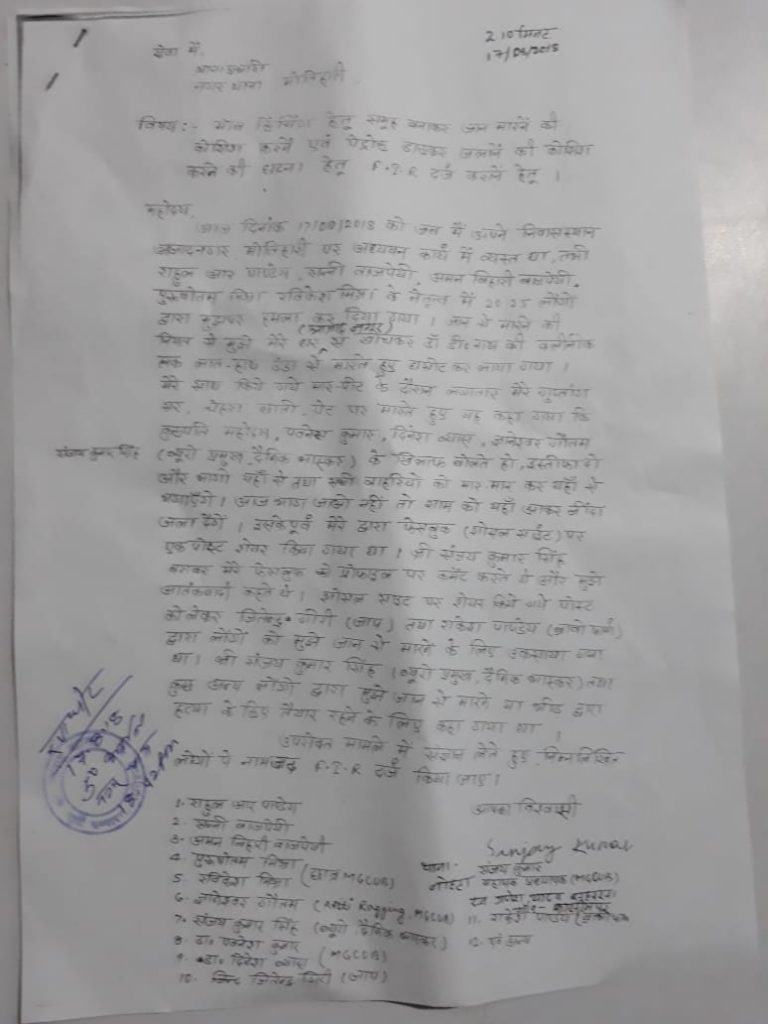 The VC’s phone remained unreachable at the time of writing this article. The story will be updated if and when the VC’s response comes, along with that of the professor.