If the UGC was truly serious about a transparent vetting process, its first step should be to make the list of journals available in a more accessible format. 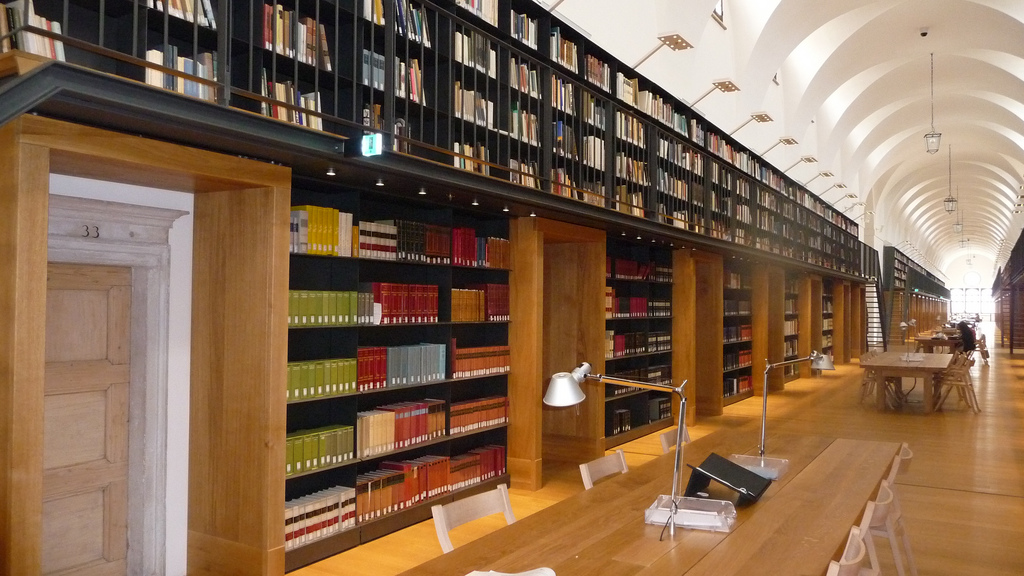 These predatory journals, and those who publish in them, tend to be from Asia and Africa. Credit: alexwatkins/Flickr, CC BY 2.0

The phrase ‘publish or perish’ isn’t meant to fill you with a warm glow. It’s meant to describe a cut-throat academic world in which professors have two options. Option A is that they write research papers, rack up citations, attend conferences, serve on the editorial board of journals and generally tack on more and more pages to their resume. Though it’s hard to believe, Option B is even less fun. Option B is the drying up of research funds, a lack of promotions or (more likely) an inability to find a job in the first place. This system was meant to incentivise good research but, in a world where good research takes time and teaching workloads aren’t getting lighter, it has instead heralded the rise of the for-profit academic publishing industry, exemplified by the predatory journals.

Predatory journals look like genuine scholarly publications but, behind the façade of respectability, there tends to be a litany of false claims and a bill for the joy of seeing your paper published. They are, in a way, unintended beneficiaries of the open access (OA) revolution. The shift to OA is predicated on a change in revenue model. Instead of charging people for access to the journal, all papers were made openly available and the journal was sustained by collecting an article processing charge (APC) at the time of submission. This charge was meant to cover the costs of peer review, maintenance of the website, etc. Predatory journals charge an APC without doing any of the work that merits the cost.

These predatory journals, and those who publish in them, tend to be from Asia and Africa. One study found the average publishing fee to be USD 178 (Rs 12,000). The same study found that, in 2014, an estimated 420,000 articles were published by around 8,000 journals. In September 2016, the US Federal Trade Commission sued the Hyderabad-based publisher OMICS Group for, as Ivan Oransky put it, “bilking researchers out of potentially millions of dollars”. While the majority of these papers are from private colleges, premier national institutions aren’t exempt. A recent Current Science analysis of 3,300 papers found 11% of them were from institutes affiliated to the Indian Council of Agricultural Research, the CSIR labs, the National Institutes of Technology, IITs, etc.

In an effort to combat this pernicious trend, the UGC announced that it would convene a committee to prepare a list of recommended, genuine journals. Only the papers published in these journals would count towards an academic’s performance evaluation. And only these papers would count towards an academic’s score in the Academic Performance Indicators (API) system. This in turn forms the basis of the Career Advancement Scheme (CAS) and the direct recruitment of teachers and other academic staff as per the University  Grants Commission (Minimum Qualifications for Appointment  of  Teachers  and  other Academic  Staff  in  Universities  and  Colleges  and  Measures  for  the  Maintenance  of  Standards in Higher Education) Regulations, 2010. Prior to the amendment in July 2016, the universities decided by themselves as to which journals would count and which wouldn’t.

Last week, the UGC published its list of recommended journals. They numbered a staggering 38,653 across all disciplines. A quick analysis of the list showed at least 35 journals that might be classified as predatory. (The full list is available at the end of the article.)

The 35 include the Journal of Computers, which describes its aim as “the integration of computers and opens to the world”. The Journal of Natural Products is an Indian journal run by a Sudanshu Tiwari, which coincidentally has the same name as a journal published by the American Chemical Society. Another on the list, the World Applied Sciences Journal, accepts articles “in biological sciences, biodiversity, biotechnology, clinical sciences, animal and veterinary sciences, agricultural sciences, chemistry, environmental sciences, physics, mathematics and statistics, geology, engineering, computer science, social sciences and information technology”, and asks submitters to recommend reviewers in their field.

To its credit, the UGC has declared that the list is dynamic and subject to change as new evidence is made available to them. But if they were truly serious on a transparent vetting process, their first step should be to make the list of journals available in a more accessible format rather than a 200-page-long PDF that is not searchable. It is unclear right now how university administrators could even cross-check a journal with the list. Without a simpler mechanism, the process looks too cumbersome to implement immediately.

Ideally, the entire system of output metrics should be massively overhauled. As K. VijayRaghavan, the secretary of the Department of Biotechnology, told the magazine Science, “The fundamental problem is an ecosystem that values where you publish and how many papers you publish rather than what you publish. That needs to be changed.”

* Author’s note on data and the methods of analysis

This analysis comes with a few caveats. The UGC list was published in the form of five PDFs of scanned documents that had been run through an optical character recognition (OCR) software. This meant that the extraction of data from the PDF was far from perfect. In fact, I would estimate my analysis covered less than 50% of the journals listed and so my finding could be conservative. I then looked up the UGC’s list of journals in Jeffrey Beall’s list of predatory journals to see if there was a match.

This was performed using an R script; you can find the code for that here. Jeffrey Beall is a librarian at the University of Colorado, Denver. He maintained the list from 2008 till earlier this month, when his site mysteriously shut down. Retraction Watch, which broke the news, says the list might be maintained by Cabell’s, a publishing company, in the future. The analysis relies entirely on the archived version of his list. I have taken no steps to double-check his work.

§ Since the publication of this article, the editorial office of Shiraz E Medical Journal has written to The Wire to insist their journal is legitimate:

“Please note that our journal has ISSN (1735-1391) and was accredited by the Iranian Commission of Medical Sciences Publications at the Ministry of Health and Medical Education and also was indexed in many famous databases including Scopus. Furthermore, the journal is a member of the Committee on Publication Ethics (COPE).”

I, as the EIC, was prime-minister of Health and Medical Education in Iran (from 2008-2012) and I, personally, am so sensitive about publication ethics and any suspicious malpractice in the journal. In the below link, you can find the ethics rules and regulations:

About “Jeffrey Beall’s List”: As you already were aware, this list is removed by Jeffrey and we believe that this list was not a documented or evidence-based list. We also opened a claim against Beall in a court and we hope be ending this event, you also reconsider any conclusion raised from that illegal list. Hope, you understood our hard situation and help us to talk better and work better in the field of journalism. We, deeply hate all fake journals and predatory journals.

Update: On April 14, 2017, the UGC published a text version of their list. An independent analysis by one of our readers, Saket Choudhary, a PhD student at the University of Southern California, compared the new version with Beall’s list and found matches on 82 journals. The full list is available to view here.