To No One's Surprise, Online Schooling Has Started Taking a Psychological Toll on Students

Meaningful education has nothing to do with finishing the syllabus and burdening children with long hours in front of screens. 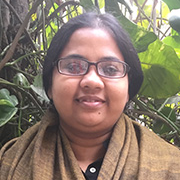 The COVID-19 outbreak and the subsequent lockdown resulted in the closure of schools nationwide. As a result, the Indian school system shifted away from traditional classrooms to a digital platform.

This unplanned and rapid move towards online education has alienated a large number of ‘digital have nots’ from virtual classrooms.

Only a handful number of fortunate children are availing online education as only 24% households in India possess smartphones and 11.5% of the households, that have children of between the ages of 5 and 18, have a computer with an internet connection. However, from the first week of April, the lives of all these children have temporarily ‘shrunk to just their homes and screens’.

What is their story? Are they happy with this new arrangement? The answer lies in how learning at home is being conducted by each school and in each family.

To capture the experience of children between the ages of 5 and 18 who are currently pursuing online education, a virtual survey was conducted between Friday, May 15 and Sunday, May 17, 2020. A questionnaire containing close to 40 questions was circulated via WhatsApp and email. Responses have been received from 155 students across 13 states – Assam, Bihar, Delhi, Haryana, Jharkhand, Karnataka, Maharashtra, Manipur, Odisha, Rajasthan, Telangana, Uttar Pradesh, and West Bengal on a random basis.

A summary of the surveyed children

An overwhelming number of responses were from private school-goers as 87.2% of the surveyed children are studying in private-run schools and only 12.8% of students were either from Centre and state-run government schools or government-aided schools. The survey received responses from children from every grade starting from grade I to grade XII. The distribution showed that 27% were studying at the primary level (I-V), 33% were at upper primary level (VI-VII), 21% were at the secondary level (IX-X) and 19% from the senior secondary level (XI-XII).

Also read: Lockdown Schooling Is No Substitute for Education

In most of the cases, classes were taking place five days a week and, to attend these classes, students were using a range of devices. However, smartphones and computers were mostly being used as about 54.3% of students were pursuing classes through smartphones and another 40% were using laptops and desktops. The remaining 6% were either using tabs or iPads and smartphones alternatively depending on the availability of the devices.

About 47 % of the surveyed children reported that they were enjoying online classes. The reasons for their preference for online classes are not only diverse but rather intriguing as well. The most cited reason was the ability to concentrate better in comparison to regular classes in schools. Besides, many of them found the opportunity to revisit lectures and notes even after classes beneficial as it has made their learning relatively easier.

However, the other reasons for their fondness for virtual classrooms have nothing to do with learning. No reprimands from teachers, no getting up early in the morning to prepare for school and options for completing assignments at a time of one’s convenience emerged as some of the most appealing features of virtual classes. For some students, the opportunity to stay at home with family and pets was the most lucrative aspect of online classes. Interestingly, a large number of students also reported that the freedom to do any other thing even whilst classes were on was the primary appeal behind online classes.

Things are not always what they seem

The survey shows that students who had reported attending online classes were not present for it every day or were not attending all the classes in any given day. The reason for this low attendance was lack of access to devices or the internet. Three-fourth of the respondents (73%) were using devices that belonged to their parents or someone else in the family, though a majority of them had access to it as long as they wanted.

However, 23% of students said that they couldn’t use the device for the entire day to attend all the classes. Because of a single device in the household, they either needed to share it with their parents or with their siblings who were also attending online classes. A number of students complained that they didn’t get the time to even recharge the battery of the phone due to the long duration of classes. Poor connectivity was a common challenge for almost all students surveyed.

The survey also reveals the associated costs of online classes. About 11% of students reported that it was difficult for them to attend all the classes with a limited data package plan on their phones. Otherwise, they needed to frequently recharge their phone which was an additional financial burden for the family.

Also read: Lockdown Is Disrupting a Generation’s Education. What Can Be Done?

The other factor having a substantial cost implication for students was study materials. Due to the sudden closure of schools, 49% of the surveyed students did not receive new textbooks from schools. As classes continue, many students are having to make do with class notes, online books and print-outs of materials suggested by teachers. Teachers are also increasingly assigning cost-intensive projects. Hence, there is an additional expenditure on account of printing resource materials.

Teachers are often oblivious of the potential of a class as a source of relaxation and rejuvenation. Thus, only 27% of students were lucky enough to have fun or activity related classes and assignments from their teachers every day. While 32% of children got this chance once in a week, for 41% of students’ classes simply comprised an exchange of lectures and assignments between teachers and students.

Many schools are organising back-to-back classes like any regular school day routine. Around 60% of students, on a daily basis, attended a minimum of four periods and 19% among them attended more than five periods. As the duration of a period in most of the cases is 40-45 minutes, the majority of students spend around 3-4 hours every day on an average attending online classes; 31% students shared that they didn’t get any break between periods. As a result, students find it tedious and are getting exhausted soon.

Furthermore, many teachers are trying to complete the syllabus through whichever means possible and are also giving assignments on a daily basis, which is much more than the homework given during regular school days, as some students revealed. Among the respondents, 83% said that they get some form of homework and assignments every day. For 40% of students, it takes, on an average one hour, for 35% of students, two hours, and for the rest, it takes three hours and above to complete these assignments. 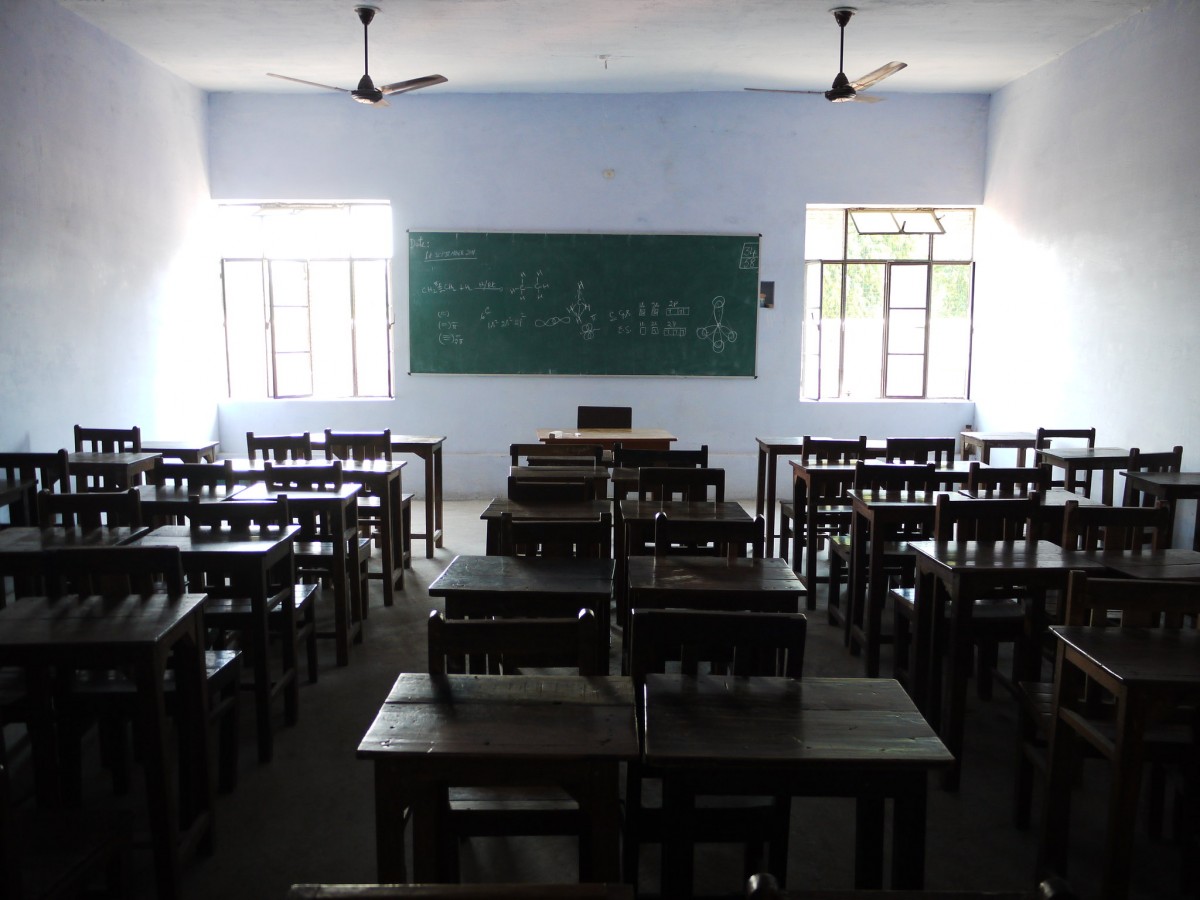 Study hours do not stop here for these kids. In this new age of education, sole dependence on schools for learning is a rare event. Along with mainstream schooling, taking private tuitions is a common characteristic of the Indian education system, particularly in the eastern states of India. Children take private tuitions at home or at coaching centres; from a single tutor or more, individually or in a group.

Also read: Rethinking Education in the Age of the Coronavirus

As movements are restricted, private tutors are also taking classes online mostly through video and audio lectures. Our survey shows that 45% of the respondents are taking online private tuitions and many of them need to devote substantial amount of time everyday taking classes from private tutors and completing assignments given by them. The survey found that 47% of students spend 7 hours on an average in a week on private tuitions, 27% spend 14 hours and 16% spend 21 hours. Combining both online schooling and private tuitions and also working on the assignments given by school teachers as well as private tutors, on an average, the surveyed students were being subjected to minimum screen time of 5 hours and maximum screen time of 10 hours in a day.

Technology is not always fun

While the child’s learning progress may be the most obvious victim of the school’s closure, it is by no means the only thing at risk. The sudden increase in screen times and back to back classes has put many children at health risks. About one-fourth of the respondents complained of frequent headache, eye-related problems and back pain. As 45% of students always use headphones for listening to class lectures and 27% use it on and off, many students also reported developing hearing problems and neck and shoulder pain.

Furthermore, some students did not get any summer vacation from their schools this year. While for most of the summer breaks started from mid-May, 28% students said, they didn’t know when they were going to have vacations as there was no communication regarding this from their schools till May 17, the date of this survey. The decision of cancelling or shortening or advancing summer breaks in view of compensating for the so-called ‘learning hours loss’ is not only preposterous but also detrimental for the mental health of children.

How much is too much?

A study called ‘Adolescent Brain Cognitive Development’ showed that children whose screen time remains under two hours a day, who exercise at least 60 minutes a day and have between 9 and 11 hours of sleep at night are more likely to make better decisions and act less rashly than those who do not follow these restrictions.

Unfortunately, neither the Ministry of Human Resource Development (MHRD) nor state education departments had prepared any guidelines and regulations regarding school hours etc. before putting forward a proposal for digital education. As a result, for the last three months, most of the schools have been following a flexible routine or continuing with the same school routine in place before the lockdown.

Recent media reports suggest that the MHRD is in the process of finalising guidelines on digital education for teachers, parents and students. As per the draft guidelines, there should not be more than two sessions of 20-45 minutes each, per day for elementary level and four sessions of 30-45 minutes for secondary and higher secondary level students. The rulebook also instructs for vacation period for students and teachers just like a normal school calendar.

Since we do not have similar experiences from the past to draw lessons from, coming up with effective solutions to address all the challenges is truly complex but critical. However, what is certain is that meaningful education has nothing to do with finishing the syllabus, burdening children with school hours, private tuition, homework and making them spend longer hours in front of screens.

It is encouraging that the government has eventually started working on policy and guidelines on the dos-and-don’ts of digital education. The next step should be to make the rules enforceable not only in government and government-aided schools, but also private schools.

The way online education and its associated lifestyle is affecting the physical and mental well-being of children, it would have a larger impact on a child’s life than the academic impact teachers and policymakers are hoping for. The question that both parents and policymakers should ask themselves and be able to answer is: “Is this the way they want our future generation to learn and grow?”

A concerted effort from parents, teachers and policymakers seems necessary to help children cope with the crisis and thrive in the post-COVID-19 world.

Protiva Kundu works with the Centre for Budget and Governance Accountability (CBGA). She can be reached at protiva@cbgaindia.org