After Gujarat, Himachal Pradesh, Madhya Pradesh and Karnataka, Uttarakhand is the fifth BJP-ruled state to speak of revising the syllabus in favour of these inclusions. 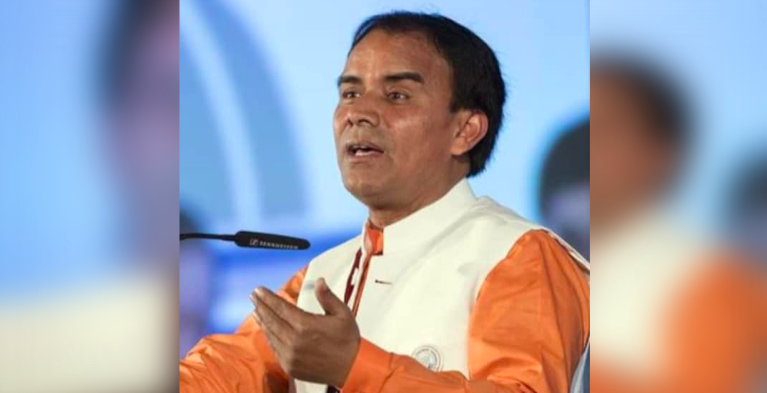 New Delhi: After Bharatiya Janata Party-led governments in four states espoused teaching the Bhagvad Gita in schools, the Uttarakhand government has announced a decision to redo its syllabus to include Hindu scriptures including the Vedas, the Gita and the Ramayana.

The news agency ANI reported that the state’s education minister Dhan Singh Rawat has announced that along with the implementation of the National Education Policy, the Uttarakhand government will revise its syllabus to include the Hindu texts as well.

“We will be including Vedas, Gita, Ramayana and history of Uttarakhand in the syllabus after taking suggestions from the public and consulting academicians,” he told ANI.

Uttarakhand | National Education Policy will be implemented in the upcoming session. We'll be including Vedas, Gita, Ramayana & history of Uttarakhand in the syllabus after taking suggestions from the public & consulting the academicians: State Education minister Dhan Singh Rawat pic.twitter.com/bFN8ujxMmK

Times of India has reported that in a separate function Rawat spoke of also including the Upanishads. He said that the aim of introducing these texts is to “acquaint school students with their culture and traditional Indian knowledge.”

In March, the Gujarat government announced in the assembly that the Bhagavad Gita will be a part of the school syllabus for classes 6 to 12 across the state from the academic year 2022-23.

The Wire had reported then that Gujarat education minister Jitu Vaghani had said that this decision “to introduce the values and principles enshrined in the Bhagavad Gita in school curriculum was in line with the new National Education Policy (NEP) unveiled by the Union government.”

“The NEP advocates the introduction of modern and ancient culture, traditions and knowledge systems so that students feel proud of India’s rich and diverse culture,” Vaghani had said.

Two weeks after Gujarat’s announcement, the Himachal Pradesh education minister said school students in classes 9, 10, 11 and 12 will be taught the Bhagavad Gita from this academic session as well.

“Gita will be taught in schools in Sanskrit and Hindi languages. Besides, Sanskrit will be introduced for students of Class III onwards,” minister Govind Singh Thakur said.

Hindustan Times has reported that Madhya Pradesh chief minister Shivraj Singh Chouhan said in April that the state was considering including the Gita in colleges. “I have read Gita since childhood. We are thinking of teaching Bhagavad Gita in the second year of the degree course,” Chouhan said.

The Karnataka government has also said that it is considering introducing the Gita as part of ‘moral education’ in state schools. This decision is contentious in Karnataka as the state recently saw the ban of hijab in educational institutions, prompting conversations and controversy on overlaps of religion and education.

Experts have weighed in on the pros and cons of including religious texts in classrooms, especially by way of moral education.

“One can celebrate the diversity of the country by referring to the canons and texts of all major religions in India, but the moment the state places its weight behind a particular text such as the Bhagavad Gita, to the exclusion of others, it sends out a message of endorsement. A message that Hindu texts have primacy over the rest, and that these texts, unlike the rest, represent ‘Indian ethics’ or ‘Indian culture’, relegating a multitude of identities to the margins,” Arvind Kurian Abraham wrote for The Wire.