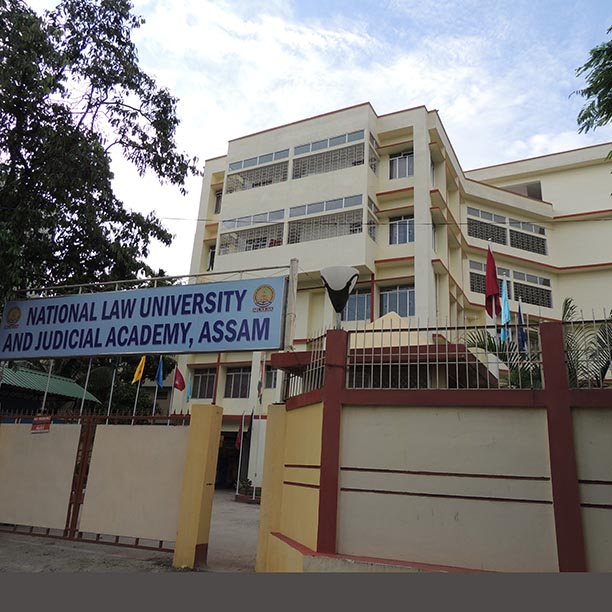 The recent discord at the National Law University (NLU), Guwahati is a reminder of the weak foundations on which legal education in India – even at the prestigious NLUs – is based. Five days ago, students at one of these ‘premier’ law varsities in India, admission to which is governed by the coveted Common Law Admission Test (CLAT), launched an indefinite hunger-strike. Their action led to the deployment of the police at the university – something not many NLUs have experienced.

The students are demanding a refund of the fees paid by them for various activities – such as journal publication, constitution of a student bar association and provision of Internet connectivity over the course of the past four years – on the grounds that the university has not incurred any expenditure on those counts. The students are also protesting against officials accused of corruption at their campus.

The functioning of NLUs

The NLUs are single-discipline universities awarding integrated honours and law degrees. Legal education in India witnessed a groundbreaking transition in 1986 when the first-ever NLU – the National Law School of India University, Bangalore – was set up. Last year, the youngest of these law schools came up in Mumbai, raising the number of NLUs to 18. Six more are slated to come up in the near future. But these universities suffer from major design flaws.

All NLUs without exception are state universities. Established by statutes enacted by various state legislatures, the adjective ‘national’ only describes the initial idea that facilitated their creation. For instance, the National Law School of India University was set up by a 1986 Karnataka Act and NALSAR University of Law by an Andhra Pradesh Act of 1998. As a result,  these law schools rely majorly on grants from state governments – as against other institutions of excellence, such as the Indian Institutes of Technology (IITs), which are funded by the Centre. Grants from different states being greatly non-uniform, the fees charged by most of the law schools is usually very high and can go up to about Rs 2 lakhs per annum, inclusive of tuition and other fees (such as hostel rent and mess charges).

Secondly, the fact that the NLUs are state universities, as classified by the Universities Grant Commission, is a major impediment to their development and a drag on their day-to-day functioning. State governments are often unwilling to provide grants because the pan-India student strength of their local NLU makes them politically unimportant for ruling party politicians.

Thirdly, most NLUs are placed under the chief justice of the high courts in the state within which they are constituted, who also acts as the chancellor of the university. Many of the universities are even kept out of the department of higher education and put under the nodal supervision of the department of law and justice in the state governments. The effect this arrangement has is again an economic one. It has been observed that the handful of NLUs which are placed under the executive – for example where the chancellor is the chief minister of that state – have relatively lower fees. The systemic arrangement for most NLUs – being under the guidance of judges – is good for what it does. However, the kind of detachment it is creating from the ‘political’ executive is something that is undesirable.

Additionally, these factors compel most NLUs to function in a self-sustaining mode, relying to a great extent on the fees charged from the students. The university has to incur a great amount of expenditure on a number of things. As a single-discipline institution, the resource crunch is paramount. Then, there is also the availability and cost of quality faculty. With low-pay scales, these state universities fail to attract a substantial number of graduates from their own kind of law schools.

Finally, this state of affairs makes legal education in India a dream of the rich. With huge fees as an entry check and relatively limited job prospects, students are left in a hopeless situation. Notwithstanding the fact that initiatives such as ‘increasing diversity by increasing access’  have come up from private stakeholders, little seems to have moved on the tables of the government.

A change is needed

Some might argue that NLUs don’t cater to the courts in India, with very few of their alumni joining litigation, for example. But it is important to note that not all those who graduate from IITs end up working in India or for Indian firms or even necessarily in ‘engineering’. If government expenditure on legal education is increased, the burden on students lessens, with fewer (or no) loans to be repaid on graduation. This would allow many willing NLU graduates to take up litigation, which pay far less than other legal jobs. This in turn would fulfil the primary aim behind establishing the NLUs – improving the quality of courtroom lawyering, which would directly enhance the quality of administration of justice.

The protest at Guwahati NLU should serve as a reminder to those in charge of education in general, and legal education in particular, that what is needed is not minor tinkering but a major course correction at every NLU.

From time to time, there are whispers about incorporating all NLUs under a single, super-national legislation, thereby granting these institutions a status at par with the IITs. If this is done, it could help rectify a major systemic flaw in the way legal education is progressing.

Abhijeet Singh Rawaley is a law student at NALSAR University of Law, Hyderabad, and is currently interning at the Punjab and Haryana high court.