The end goal of liberal education has a free thinking individual at the centre – free to think, question and critique. A policy for education that wants to embrace liberal education cannot afford to blank out the complexities involved in such an education for the teacher, the taught, and the content of what is taught. Photo: Reuters 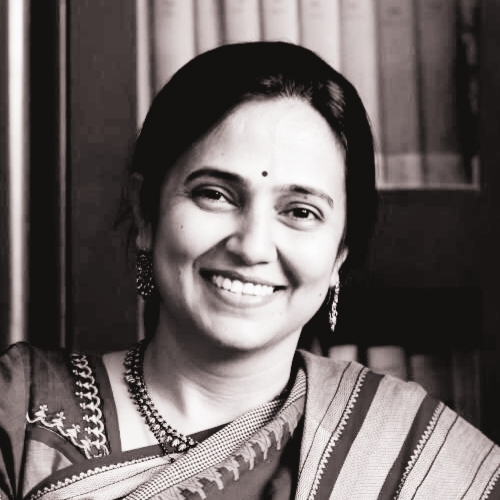 The draft National Education Policy (2019) is right in emphasising what it calls “liberal” higher education but the manner in which it redefines the term robs it of its very essence.

The increased privatisation of higher education, and the handing over of its vision, provision and delivery largely to private hands are features that have been seen in earlier policy documents. Over the past decade, these documents have viewed an education in languages and the humanities as being antithetical to a  professional education – considered to be the sole responsibility of private stakeholders. If an education in humanities had to be offered, it was the task of the government.

In sharp contrast to this trend, the draft NEP 2019 advocates building new institutions of higher education which are essentially multidisciplinary in nature, in addition to ones focusing on the study of Pali, Prakrit, Persian and Sanskrit. It further departs from existing policy in the way it seamlessly weaves the professionalisation of higher education with a redefined notion of what ‘liberal’ education entails.

It effects a shift in the meaning of the term ‘liberal’ across the neo-liberal universe by giving a clarion call to return to the great Indian traditions of the Lalitavistara Sutra, Bhavbhuti’s Kadambari and Yashodhara’s Jayamangala, all of which define an educated person as a master of a number of kalas.

Kalas include everything from carpentry and engineering to music, painting and dance. “A liberal arts education, as so beautifully described and practiced in India’s past,” says the NEP, “enables one to truly develop both sides of the brain—both the creative and the analytical side” (page 224).

Liberal education is redefined in the entire document as this “Indian” concept of education across kalas. In a determined gesture to resurrect and locate the foundation of the present and a future within an untainted golden epoch in ancient Indian history, the document divests the term ‘liberal’ of both its inherent potential and aspiration to realising individual freedoms as well as its evolutionary understanding of enlightenment.

Etymologically speaking, the word ‘arts’ comes from the Latin root ars, or art meaning skill acquired through learning or practice. Areas of study during the Middle Ages were classified as the artes mechanicae “the mechanical arts” and the artes liberales “the liberal arts.”

The Latin word liberalis means free. The seven liberal arts of classical antiquity, therefore, were deemed essential for the education of a free person to fully realise his potential.

While the notion of an individual freeing himself from constraints of nature by learning an art has been with us from the beginning, the free individual was always socially situated, culturally circumscribed. We know that at the origins of both Indian and Western traditions, the legitimate acquisition of education remained restricted to the few at the top. The ‘liberal’ in liberal education has, therefore, remained a contested term, debated across feudal, industrial, capitalist, and neo-liberal societies because of its inbuilt ambiguity.

In the late 20th and early 21st century, a number of movements for social and political rights across the world brought in a new criticality to the notion of ‘liberal’ education, reinforcing the centrality of dissent and leading to changes in the vision, structures and curriculum of departments within the academy.

Also read | Language Policy: Education in English Must Not Be the Prerogative of Only the Elites

A multidisciplinary environment within higher education institutions, according to the NEP, can facilitate such flexibility and therefore becomes desirable. The integration of Humanities and STEM is being advocated on the grounds of a proved impact of such integration on positive learning outcomes like increased creativity, problem-solving abilities, teamwork, communication skills and increased social and moral awareness among many others.

A liberal education based on India’s great legacy in arts and sciences is seen as the key towards India’s success in the 21st century and the fourth industrial revolution, which then seamlessly weaves industry alliances and community service into its fabric. The goal of this education is articulated in terms of its ability to develop broad capacities and important dispositions.

The end goal of liberal education has a free thinking individual at the centre – free to think, question and critique. The elimination of this essential component of liberal education, namely the ability to dissent, is  in harmony with an overall culture of corporate efficiency, productivity and market relevance that the universities of the new knowledge economy are meant to serve.

A number of business leaders across the globe have embraced this same tamed version of liberal education in the interest of producing managers and employees who are better problem solvers, better team players, and more innovative and creative workers. The draft document uses the liberal education idiom to build a neo-liberal world, where liberal education is at the service of life-long learners/employees getting ready not for their first job but for their second, the third and beyond.

The practice of liberal education is tough to imagine in a knowledge economy that ties the future of the university with global trends and national economies. The question though remains: can we take away the internal tensions between freedom and discipline, the self and the other that characterise liberal education without shortchanging the idea of education?

It is in this space defined by these tensions that education happens and a central component of this education is dissent. Incubation centres and venture studios cannot be the sources of creativity or innovation. Creativity by definition is situated within dissent. The history of humankind is a history of a series of informed dissents, and constant struggles that have brought about greater freedoms, better political systems, new inventions and visions of a better society, and a better world.

In every age and place where education has been used to reproduce social and political power structures, we have heard a voice that reinstated dissent at the centre-stage of education – a Socrates, a Freire. Let us not forget that the establishment of Takshashila and Nalanda, which the NEP so proudly reclaims as part of a glorious Indian tradition, also lie in the Buddhist traditions of knowledge, dissenting from an entrenched Brahminical tradition. Dissent is not only central to creativity and innovation but also to democracy. Education for democracy also has to be an education in freedom.

A policy for education that wants to embrace liberal education cannot afford to blank out the complexities involved in such an education for the teacher, the taught, and the content of what is taught. Great institutions are built on the infinite freedom of the human mind, on the indefatigable courage, to borrow the words from Thomas Jefferson, “to follow truth wherever it may lead” and “to tolerate any error so long as reason is left free to combat it.”