Pushing Hindi as Politics, Not Hindi as Language

The championing of Hindi as integral to the three-language formula in the first draft of the National Education Policy is about what it means to belong to the nation of India, and who gets to belong. 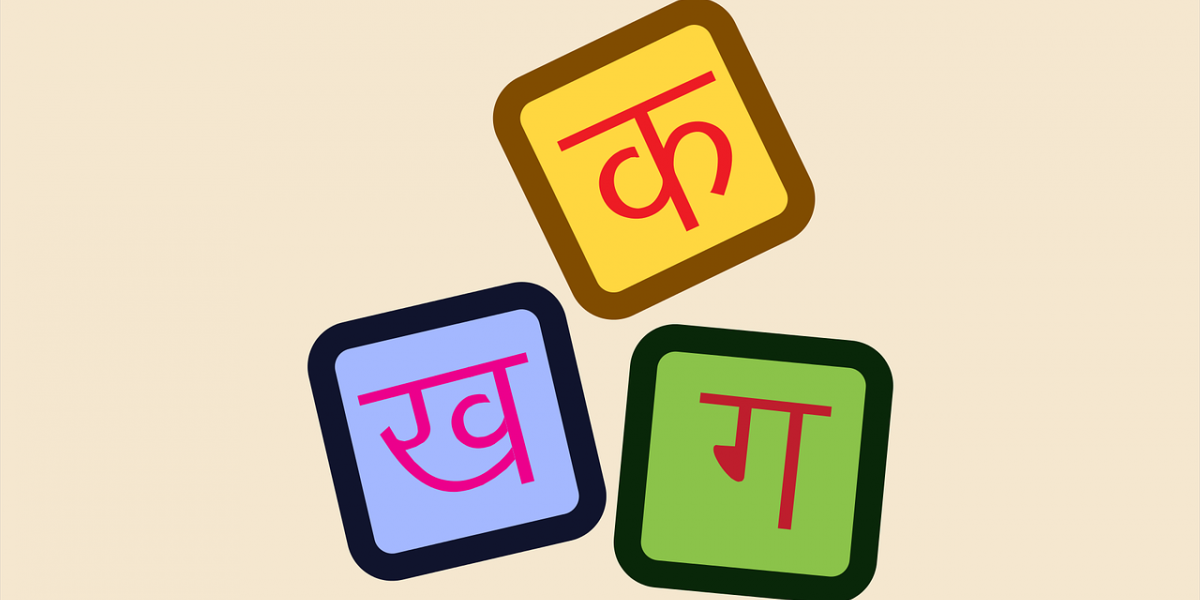 The debate about preferential treatment to Sanskrit was recently reignited when it was announced that the names of Uttarakhand railway stations would now be written in Sanskrit instead of Urdu. Photo: Harish Sharma/Pixabay There’s always the risk of a little tedium when it comes to language debates in India. The ardor, anger and arguments all have a long history, and can feel irresolvably familiar. But as I follow the recent uproar at the perceived attempt to impose Hindi in the first draft of the National Education Policy (NEP), one thing is clear: the brouhaha has nothing to do with Hindi. The desire to impose or reject Hindi is about many things – Hindu nationalism, religion, caste and an uneasy attachment to English – but it is not about the language named Hindi.

Take, for example, the rally of angry and conciliatory tweets in Tamil by Nirmala Sitharaman, S. Jaishankar, P. Chidambaram, A.R. Rahman and others. The news channels informed me that Sitharaman’s and Jaishankar’s tweets were nearly identical. I wouldn’t know. I wouldn’t know because, growing up between Uttar Pradesh and New Delhi, I am the kind of Indian who speaks only two languages: a mash up of Hindis and a mash up of Englishes.

As someone who spent all my formative years in Delhi, I do sort of understand several other languages. I can eavesdrop, make jokes and swear in some of them, but I am not functionally literate in any. Just as well, though. Sitharaman’s and Jaishankar’s tweets were not meant for me. In fact, they were specifically crafted to defuse the looming threat posed by “north Indian Hindi speakers” such as myself.

As I scanned the Tamil tweets embedded in almost all news articles on the NEP, my interloping non-Tamil-reading eye noticed something. While saying whatever it was saying in Tamil, Sitharaman’s tweet carried a Hindi-language hashtag in the Roman script: #ekbharatsreshtabharat. This hashtag has been a part of the technoscriptural arsenal of the BJP’s campaign, much like #betipadhaopetibachao and #swachhbharat. But in this specific instance, the hashtag struck me as particularly devious, for resituating Hindi while performing its removal.

The necessary Tamil of Sitharaman’s and Jaishankar’s tweets was a reassurance to Tamil-speakers that worry not, the government does not intend to erase your Dravidian linguistic identity and heritage. It was a way to secure their trust by demonstrating a direct line of communication between the allegedly Hindi-promoting government and its Tamil-speaking people. It was a politic move to speak the language of the people. But the hashtag classified this message under the sign of Hindi. If the DMK and AIDMK were pushing back against the three-language formula, then Sitharaman’s placatory tweet literally modelled that contentious formula.

Also read | Language Policy: Education in English Must Not Be the Prerogative of Only the Elites

What is it about Hindi and the three-language formula that they prove so inadequate and so necessary to the idea of India? Statistics upon statistics tell us that Hindi is not the most widely-spoken language in India. Hindi speakers from the Hindi belt would scarcely recognise the language when it is spoken at 30,000 feet or written in sarkari daftars. So, what gives?

According to the revised draft of the NEP, the three-language formula is about cognitive development and national integration: “A multilingual India is better educated and also better nationally integrated.” India is richly multilingual. This is a boon for our minds but a bane for national integration. It is impossible for everyone in India to learn all the languages in the country.

To manage matters, the NEP now proposes that all students in Class 1 and beyond learn three languages. While the revised draft does not stipulate which three languages, it does suggest three tiers of language learning that map on to the regional, national and global. In the initial draft, this meant that students would learn English to be global and Hindi to be national.

The championing of Hindi as integral to the three-language formula is about what it means to belong to the nation of India and who gets to belong. The language is not richer or older or more scientific or more authentic than any other language in India, to merit representative status. In fact, as scholars have repeatedly shown, it is objectively none of those things.

In its politically engineered life, however, Hindi is Sanskritic, Hindu and ‘upper’ caste. As such, it does important political work. Any perceived or real desire to push Hindi, thus, has nothing to do with the exceptional qualities of the language but has everything to do with identity and power.

The institutional push for Hindi erases the shared cultural histories of Hindi and Urdu. Hindustani (a more populist “Hindi-Urdu” with Arabic, Persian and Sanskrit words) was long a strong contender for the role of independent India’s “national language”. Gandhi himself was a vocal advocate for it.

But the already-tricky question of India’s prospective national language (and later, “official language”) got trickier with the likelihood of the formation of Pakistan. A newly independent India wanted to define itself not only against the shadow of the British, but also against Pakistan. Urdu was typecast as Muslim and Muslims a minority. Hindi was purged of its Arabic and Persianate vocabulary from Urdu and presented as more Sanskritic.

The revised NEP draft carries exactly two references to Urdu that further this mischaracterisation of Hindi-Urdu. In one instance, the document calls Urdu a variant of Hindi and in the other it refers to Urdu as the language of the Muslim minority.

The investment in Hindi buttresses the continued but grudging attachment to English. The revised NEP draft spends considerable time detailing why the teaching of English is a misguided endeavour in India. Not only is English unscientific and unphonetic, it is also the language of a mere 15% Indians who use it to police class distinctions. This “unfortunate” situation, the document claims, “has created an unnatural aspiration” among parents as they want their children to “learn and speak languages that are not their own”.

In an ironic homeopathic class war, the NEP suggests teaching English to everyone to thwart the English-knowing elite minority. But to teach only English will be elitist and unnatural, and to teach only Hindi or other Indian languages would do nothing for class mobility. English and Hindi must be taught together to compensate for the fraught compulsoriness of our colonial heritage.

3. Shuddh Hindi is a caste project

The institutionalisation of a manak and shuddh Hindi is a caste-marked project that aims to “purify” a language into an ‘upper’-caste standard. The revised NEP draft claims that Indian languages have “a certain home-feel and an “apnaapan” that makes them easier, more relatable, and more relevant”.

This is not true. Dalit writers, for instance, have repeatedly noted that in a classroom, Indian languages are just as alienating as English, and oftentimes more.

4. The hegemony of Hindi affects north Indians too

Besides the fact that north Indians speak many different languages (not just Hindi), the Hindi that is spoken is also not the Hindi enshrined in the constitution. There are several different linguistic cultures such as Awadhi Braj, and Khadi Boli in north India.

When the revised NEP draft suggests that “excerpts from the rich traditions of Khariboli, Awadhi, Maithili, Braj, and Urdu literature may be included in Hindi courses for inclusivity and enrichment”, it speciously advances Hindi to the status of a language while relegating the others to its variants and dialects.

5. Languages are not tools

The revised NEP draft considers all languages simply a means of communication. The vocabulary of functionality, usefulness and “language as vehicle” reduces language to a tool. But that’s not the full story.

Language is not quantifiable but something lived. Its meanings arise between knowing and unknowing, power and powerlessness. Language gives shape to what we know, what we desire and what we can desire. Yes, language is the repository of cultural and familial histories, but it is also something that consistently defies them.

6. National integration is not a mathematical equation

The revised NEP draft completely misunderstands (and misrepresents) how languages circulate in India. It plans a “fun course on ‘The Languages of India’” where students will learn names and regional locations of all Indian languages. Students will also learn “greetings and other useful or fun phrases in every major language of India” and “a bit about the literature of each”. These simple phrases and literary trivia will serve as “wonderful icebreakers their entire lives as they meet people from other parts of India”.

While states in India are linguistically divided, languages do not remain restricted to a region. Of the thousands of languages in the country, only a handful qualify as “major languages”. There are so many languages that do not even have a script. At a time of heightened censorship, there are also so many literatures that are not recognised as literature.

Our political conscience cannot rest on the sum of our linguistic parts, when linguistic experiences in India constantly elude mathematical formulations. National integration cannot just be the ability to casually speak other languages, but must also be the ability to listen without prejudice. And it can certainly not be achieved by knowing how to say hello and goodbye in “major” languages, when there are so many Indias that simply don’t meet.

Akshya Saxena is an assistant professor of English at Vanderbilt University. She is working on a book titled Vernacular English that brings together law literature, and film to examine the life of the English language in post-independence India.