After protests by the DMK and AIADMK, the government removed the clause around compulsory Hindi classes up to Class 8. 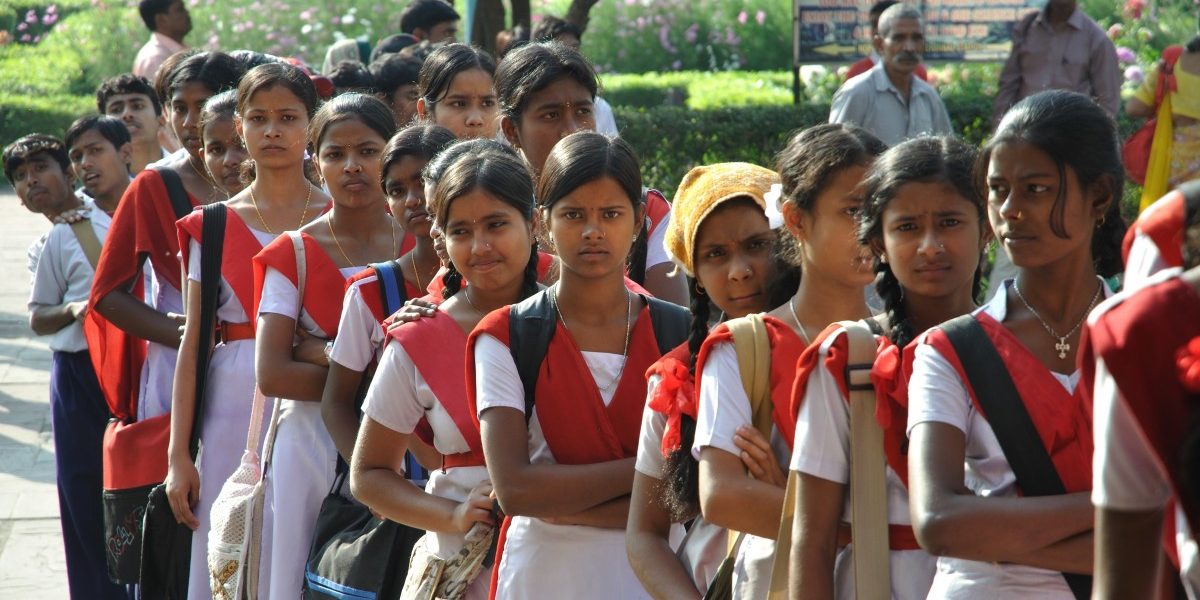 New Delhi: In the wake of strong protests by both the principal political parties in Tamil Nadu – the DMK and AIADMK – over the compulsory imposition of Hindi in schools under the draft National Education Police (NEP) 2019, the Centre has revised a contentious paragraph in the draft. This has allowed students to opt for another regional language instead of Hindi as their third language.

“In keeping with the principle of flexibility, students who wish to change one of the three languages they are studying may do so in Grade 6, so long as the study of three languages by students in Hindi-speaking states would continue to include Hindi and English and one of the modern Indian languages from other parts of India, while the study of languages by students in the non-Hindi speaking states would include the regional language, Hindi and English.”

This was vehemently opposed by some, as it made studying Hindi mandatory till Class 8 in non-Hindi-speaking states.

The revised draft has addressed this issue by stating:

“In keeping with the principle of flexibility, students who wish to change one or more of the three languages they are studying may do so in Grade 6 or Grade 7, so long as they are able to still demonstrate proficiency in three languages (one language at the literature level) in their modular Board Examinations some time during secondary school.”

Soon after the change showed up, noted composer A.R. Rahman was among the first to tweet about it. He wrote in Tamil, “Hindi is no longer compulsory in Tamil (Nadu)…edited draft.”

This issue had snowballed into a major controversy soon after the Narendra Modi government began its second term at the Centre.

With the DMK spearheading protests in Tamil Nadu against the controversial draft text that sought to impose Hindi, the Centre, which recently received a drubbing in the Lok Sabha elections in the state, was seen scurrying for cover.

The issue has been an emotive one in Tamil Nadu, where anti-Hindi protests have raged at least twice in the past – first in the 1930s and then again in the 1960s.

In an interview to a national daily, when asked how and why India was reviewing its national education policy after 25 years, he said the new policy was being shaped “with a better understanding of different aspects of education – science, technology, economic, political and social systems”.

Also read: Why India’s Approach to Primary Education is Flawed

In fact the draft report, which was presented by Kasturirangan as the committee head to human resource development minister Ramesh Pokhriyal on Friday, also stated that “curriculum and pedagogy will be transformed by 2022 in order to minimise rote learning and instead encourage holistic development and 21st-century skills such as critical thinking, creativity, scientific temper, communication, collaboration, multilingualism, problem-solving, ethics, social responsibility, and digital literacy.”

On the controversy arising due to the draft, Kasturirangan noted that “the spirit was that there be one language that is not the state language or English, which students can choose”. However, he added that “if there is any misreading of the manuscript, I will look into it and make appropriate corrections.”

Many saw the first draft as an attempt by the Bharatiya Janata Party and the RSS to influence the country’s education system.

As one Karthic tweeted, the tweaks were there to be seen in the document.

The most regressive aspects of NEP draft goes to this Failed Experiment of Tilak since 1906. No wonder in the name of integration, RSS’s / BJP’s influence on policy tweaks are evident. #RegressiveNEP @PrakashJavdekar pic.twitter.com/1FOmOvpdfx

In the defence of the BJP government, its new ministers and MPs came out to tweet.

External affairs minister S. Jaishankar, who is from Tamil Nadu, tweeted that “no language will be imposed”.

The National Education Policy as submitted to the Minister HRD is only a draft report. Feedback shall be obtained from general public. State Governments will be consulted. Only after this the draft report will be finalised. GoI respects all languages. No language will be imposed

The newly-elected young MP from Bengaluru, Tejasvi Surya, also tweeted that the draft has been “twisted, misinterpreted & misunderstood”. He wrote that: “The 3-language formula, as is stated in the draft NEP, has been in place since 1968 and has been endorsed in 1986 and 1992 updates of the NEP as well. The current draft of the NEP merely says that this 3-language formula can be continued in schools. The NEP doesn’t impose, rather encourages, learning Hindi as a language in school.”

Surya, however, also mentioned that there was one amendment which was needed to the draft – of Hindi being dropped from the three-language formula and students being allowed to learn two regional languages and English.

NEP promotes learning an extra language as an elective from Class 6. Here, Hindi could be dropped from 3-lang formula & one could learn 2 regional languages & English. This policy is only a draft & open for opinion & edits. This can be 1 of the amendments I could take up. (5/n) pic.twitter.com/ZRUxaBxsoP

In fact, some other analysts also made this demand. Political commentator Sumanth Raman was one of them. His tweet was quite clear.

This demand appears to have been addressed in the amended draft. How political parties other than the BJP view this change remains to be seen.