Patricia Sauthoff has said that she will not apologise as she has done nothing wrong, and it was Ram Madhav and not her who made the matters public. 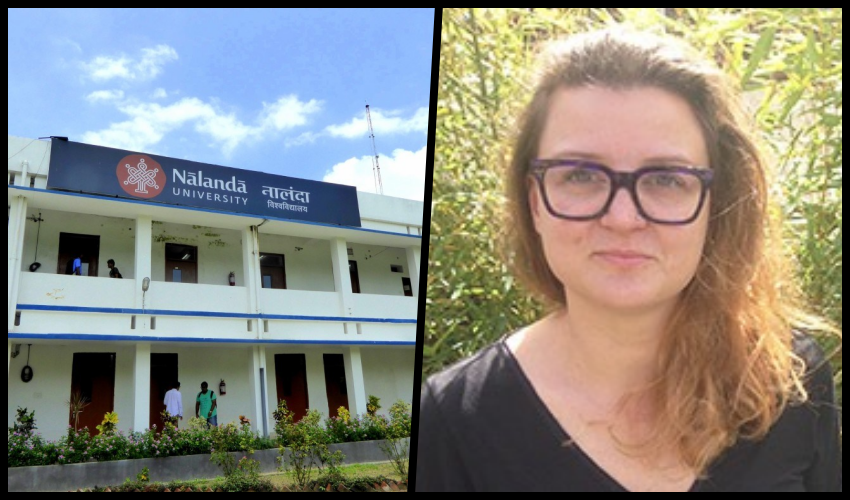 Patricia Sauthoff taught a course on the history and politics on yoga from January to May this year. Credit: Nalanda University website

New Delhi: Nalanda University has reportedly directed American scholar Patricia Sauthoff, who was visiting faculty there for a semester, to tender an unconditional apology for her critical comments to the media on the discontinuation of her course titled ‘History and Politics of Yoga’. According to the Telegraph, the email Sauthoff received said “appropriate action” will be taken if she fails to apologise.

Sauthoff, the newspaper reported, has said she will not apologise because it was BJP national secretary Ram Madhav, and not her, who made the university’s internal matters public.

She also said on her Facebook page that she would not give in to this sort of “bullying”.

Sauthoff course was not continued in this academic semester. On September 8, Madhav tweeted:

Stunned to hear dat Amartya Sen's Nalanda Univ regime had a course on 'Politics of Yoga' taught by a foreigner. Now course abolished

However, Madhav’s claim that the Sauthoff was brought in to teach the course during Amartya Sen’s time is incorrect. Sen was the university board’s chairman till November 2016; Sauthoff’s taught the course from January to May 2017.

In the email Sauthoff received, she was also told that her last salary will not be released unless she furnished a “no dues” certificate.

According to the Telegraph, she has said in her response to the authorities that when she left the campus on May 19, she was still an employee of Nalanda University with a contract that she was told would be renewed. She was also offered a renewal of her contract, though that offer was retracted six days later. After that happened, Sauthoff says, she has written several times to the university asking for the “no dues” certificate as she had left her keys, identity cards and SIM card behind at Nalanda University while leaving the campus.

“Your statement that I have been negligent is incorrect and misleading. It would have been more constructive, post NU’s termination of my contract, and since I would not be returning to campus for the next term, for NU to do the requisite paperwork and release my salary,” her email said.

“Both the university’s new chancellor, Vijay Bhatkar, and vice chancellor, Sunaina Singh, have close relationships with the RSS. I imagine they felt my course would threaten the RSS-approved narrative of the history of yoga. I also think that looking at their politics within the yoga sphere caused them to feel personally threatened. At my first and only meeting with Singh and the faculty, [in May 2017], she told us that she was “not political but a hardcore nationalist.” Clearly this is a contradiction. She also announced that she wanted to start courses on the “history of science,” which I read as coded for Vedic science, and month-long yoga and meditation intensives for members of the Nalanda student body, faculty, and others,” Sauthoff had told last month Caravan when asked about why she had called the cancellation of her course an “assault on academic freedom”.