How Much Does a College Degree Matter for One's Life Chances?

The obstacles that students from low-income groups face in obtaining a college degree hollows out the argument about higher education being a ‘great equaliser’. 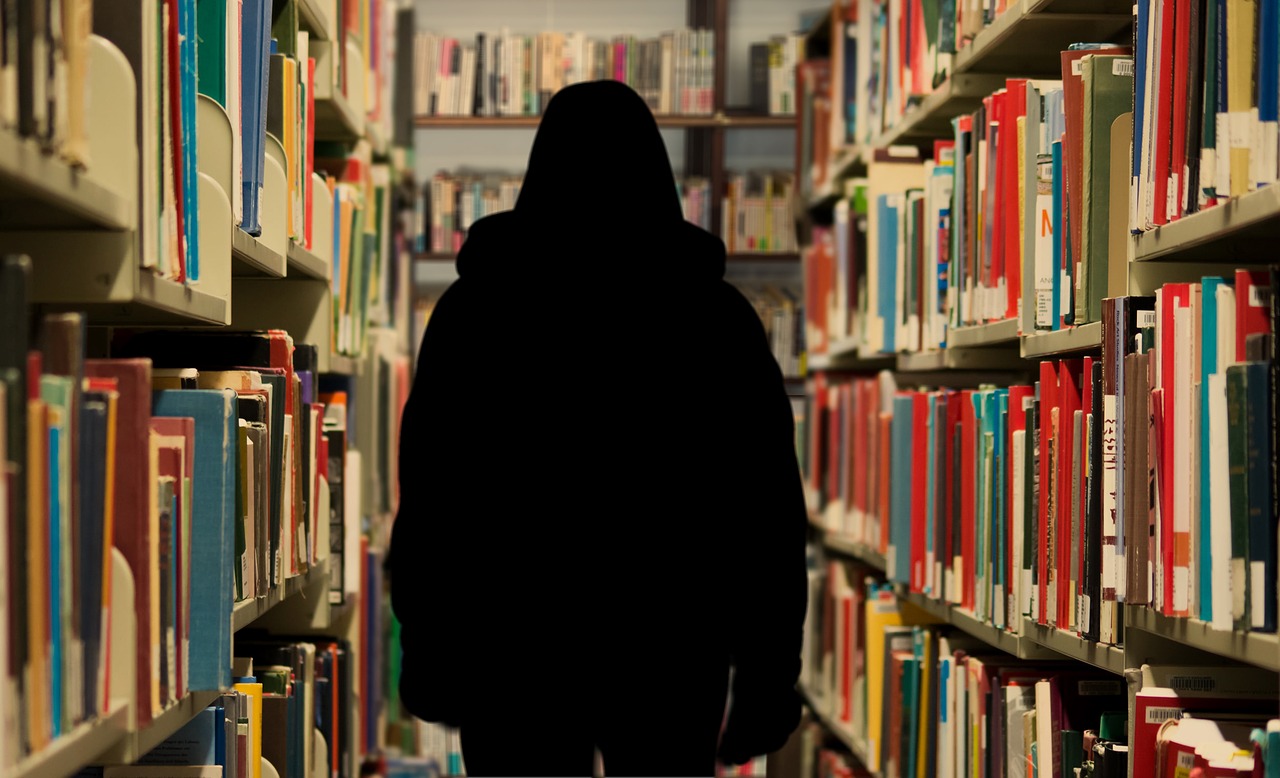 Over the past decade or so, conventional wisdom about the usefulness of college education in improving the life chances of young people has come to be questioned with increasing frequency and with growing evidence. This has happened in the US, the UK and India. Until recently, there was consensus that a college degree all-but-guaranteed a ticket to a good career with stable income and a secure and reasonably comfortable life. But since then that consensus has certainly become weaker, though it persists.

Because much of the debate on the topic has its origins in the US, and is often linked to growing student debt, it is necessary to recall some of the claims and counter-claims made by economists, higher education experts and others. At the same time, because a growing number of India’s students now attend private colleges and universities – over 60% – where the cost of tuition is significantly higher than in public institutions, forcing students and their families to borrow, the issue of whether a college degree matters and how much is becoming relevant for India as well.

The debate on the usefulness of college education is contentious in the US because the cost of education has become more and more prohibitive, leading to student debts of over $1.3 trillion. According to a Goldman Sachs report, students are better off not attending mediocre colleges and even mid-tier universities, especially if they’re going to opt for lower-paying majors such as arts, education and psychology, because the high cost incurred in obtaining a degree is not adequately compensated by post-graduation salaries. Another study conducted by researchers at the Federal Reserve Bank of New York found that the bottom 25% of college degree holders earned no more than the median worker with a high school degree.

Doubters include those in academia, such as Wharton management professor Peter Cappelli and the author of a book on this topic. He argues that while college graduates may “earn more than they would have if they had not gone to college,” they may “still not earn enough to pay off the costs of attending college.” So students who borrow large sums for obtaining degrees in low-paying majors from mediocre colleges would likely find themselves in a precarious situation, especially if they also performed poorly in class.

A related issue is that total student loans in the US are the second-largest source of household debt after home mortgage, with more than seven million borrowers in default and millions more behind on their payments. Indeed, some commentators have been warning about student debt as a “disaster around the corner” and have compared it to the housing crisis that ravaged the US economy.

Other higher education experts however disagree with this dismal picture. Sandy Baum, the author of Student Debt: Rhetoric and Realities of Higher Education, believes the crisis is “bogus” because, among others, nearly half of the $1.3 trillion student debt is held by 25% of graduates earning relatively high salaries. According to Baum, “People who earn bachelor’s degrees, by and large, do fine.” The ‘problem’ is thereby reframed as one of high drop-out rates: the US has the lowest college completion rate among the 18 countries tracked by the Organisation for Economic Cooperation and Development. Thus, according to Mark Kantrowitz, the US does not “have a student debt problem so much as a college completion problem.”

The belief that college education improves the life chances of young people remains popular and influential. Those who subscribe to it usually point to the income earned by college graduates and those with high school degrees. They also look at the pay gap between the two groups in the past and present. They’re also compared with the income earned by parents of current college students. According to a much-cited 2014 Pew Research Centre report:

On virtually every measure of economic well-being and career attainment—from personal earnings to job satisfaction to the share employed full time—young college graduates are outperforming their peers with less education.” Further, “when today’s young adults are compared with previous generations, the disparity in economic outcomes between college graduates and those with a high school diploma or less formal schooling has never been greater in the modern era.

These conclusions are based on the report’s economic analysis, which found that college graduates aged 25-32 years and working full time earned about $17,500 more annually than employed young adults holding only a high school diploma. The pay gap was significantly smaller in previous generations. The college-educated ones were also found to be more likely to be employed full-time than their less-educated counterparts (89% v. 82%) and significantly less likely to be unemployed (3.8% vs. 12.2%).

More recently, citing data compiled by the Economic Policy Institute (EPI), USA Today noted that “Americans with no more than a high school diploma have fallen so far behind college graduates in their economic lives that the earnings gap between college grads and everyone else has reached its widest point on record.” While college graduates on average earned 51% more than high school graduates in 1999, the gap had increased to 56% in 2015 – the largest such in EPI’s figures dating back to 1973.

These numbers may seem comforting for college graduates but they don’t give the complete picture. The oncoming (some would argue already-arrived) Fourth Industrial Revolution has started to have a disruptive impact on the meaning of ‘work’ and ‘employment’ as we know it. Hundreds of jobs that existed yesterday are gone. Many hundreds more are expected to vaporise in the coming years without being suitably replaced in terms of numbers or wages. According to one estimate, 7.1 million jobs in the world’s richest countries could be lost through redundancy and automation. These would only be marginally offset by the creation of 2.1 million new opportunities in sectors such as technology, professional services and media.

Globalisation and economic restructuring are taking their toll as well, with jobs being shipped out of the US to low-wage, relatively high-skill countries. Wages for university graduates are lower than what they were one or two decades ago. Reports note that growing numbers of young people with college education are only able to secure low-wage and/or less desirable jobs, often for fairly long periods, before they are able to secure a more ‘regular’ job commensurate with their educational qualifications. They are still not able to earn enough to pay off the costs of attending college quickly enough, so they must postpone other things that matter in life – such as having children or buying a house.

For Baum, however, these and similar narratives – especially about individual students distressed by their student debt – are merely anecdotes that are “stunningly misleading” in terms of the overall situation. It is also true that while the prospects of college graduates may have declined in recent years, they are still better placed than high school graduates to negotiate the disruptions caused by the Fourth Industrial Revolution.

The worth of a college education

The second perspective, not unrelated to the first, makes the case for a more dramatic impact of college education on one’s life chances: that it is a great equaliser because it helps those from less-affluent backgrounds to narrow the gap with those from wealthier families, at least in terms of earned income. However, the evidence suggests that this is not true – not only for those from less-affluent backgrounds but also for women and minorities.

Over the years, according to Joni E. Finney, the director of the Institute for Research on Higher Education at the University of Pennsylvania, “college education is being priced out of the reach of middle-class and even upper-middle-class families” because of rising tuition and other fees and expenses and falling state funding of public institutions, and at a time when gross enrolment continues to grow across all kinds of higher education institutions (including for-profit ones). There is clear evidence that those from low-income groups are less likely to enrol in college than ever before. Attendance rates are strongly correlated with family income. Therefore, when Baum or others point to statistics – such as that low-income students hold only 11% of all outstanding debt – it is simply because relatively few of them are heading to college.

Beyond enrolment, colleges in the US graduate far fewer students who grew up in or belong to poor households, partly due to the high costs of education. Indeed, if one organises American households into four income groups: 24-year-olds from the top two groups accounted for 77% of bachelor’s degrees awarded in 2014 compared to 72 per% in 1970 – indicating that growing up in a wealthier household matters even more today than it did four decades ago.

The student debt burden is particularly pronounced for those who do not complete their degrees. According to Kantrowitz, “Students who drop out of college are four times more likely to default on their student loans than students who graduate, representing 63 per cent of the defaults.” College dropouts are more likely to be from low-income groups. Thus, the severe and growing obstacles that students from low-income groups face in obtaining a college degree hollows out the argument about higher education being a ‘great equaliser’.

In fact, this argument also does not hold for women and minorities either. Given that more women – about 55% – are attending college than men – with women being more likely to have a bachelor’s degree than men – the persistence of the wage-gap demolishes any claims of college education being anything more than a moderate equaliser.

Women earn just under 80 cents on the dollar compared to men, according to the US Census Bureau. They are also paying more out of their pockets to service debt. One year after graduation, 47% of women working full-time were using more than 8% of their earnings to repay their student loans, against the 39% of men doing the same thing. Eight percent or less is, according to the report, how much borrowers could reasonably manage to pay toward student loan debt.

For ethnic minorities, too, with some exceptions (notably East Asians and Indians), the financial benefits of college education are lower than those for Caucasian men. A Pew study on Americans with a bachelor’s degree or higher found that wage gaps by gender, race and ethnicity persist. College-educated black and Hispanic men earned roughly 80% the hourly wages of white college educated men. White and Asian college-educated women also earned about the same wages. Black and Hispanic women with a college degree earned only about 70% the hourly wages of similarly educated white men. Therefore, higher education as an equaliser is nothing more than anecdotes and a masquerade

This brings us back to the question of how much difference a college degree makes in improving one’s life chances. There is no doubt that it makes a big difference if one chooses the ‘right’ discipline, attends the ‘right’ college, obtains the ‘right’ grades and belongs to the ‘right’ social group. However, once we introduce class, gender and ethnicity into the mix, the benefits of a college degree are curtailed, sometimes quite severely.

The second part of this essay will look at the importance of college education in India, where some of the same problems as in the US are identifiable.

Madhvi Gupta is an independent researcher based in Goa. Pushkar is director, the International Centre Goa, Dona Paula. The views expressed here are personal.