As the headmistress of Dhonopoti Toto Memorial High School, Misha Ghoshal has overseen a complete overhaul of the way students are taught and was recognised with a national award. 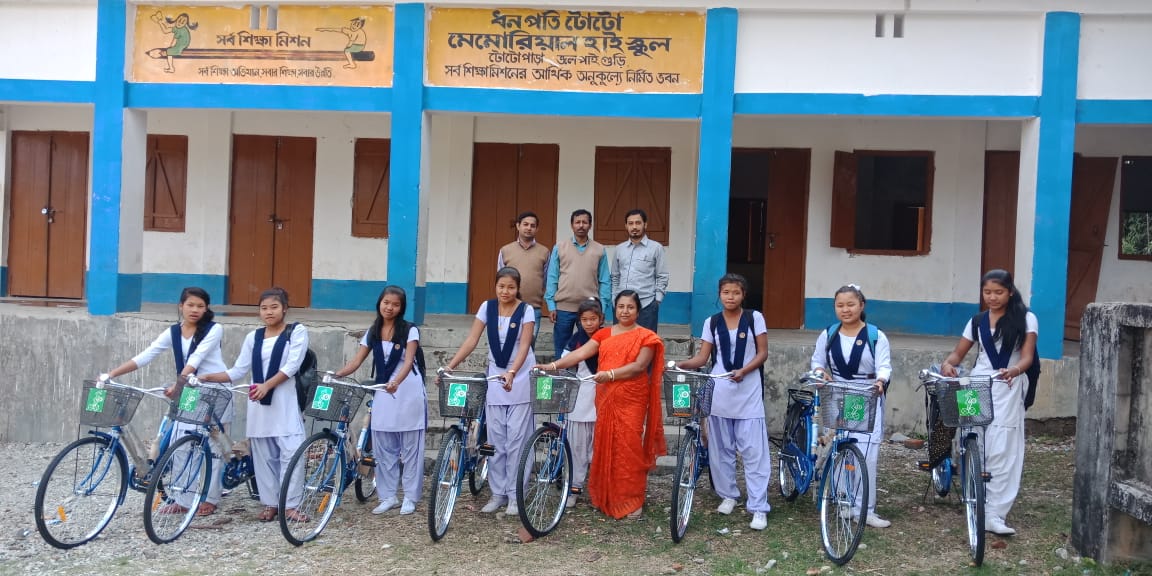 Kolkata: When Misha Ghoshal, 52, took up a job as the headmistress of Dhonopoti Toto Memorial High School 12 years ago, she did nurture the excitement of life in a serene hilly village and working with one of the most endangered tribes of India. But her primary incentive was a practical one.

“By then I had already worked as a teacher for 10 years in two schools in other parts of West Bengal, this vacancy gave me a chance to be close to my home in Alipurduar district in North Bengal. Little did I know that this job will draw me into an absolutely unfamiliar world that I will fall in love with,” says Ghoshal.

It has been a long journey for both Ghoshal and the school from which only one student managed to clear the Class X state secondary exam in 2008 before she joined and eventually rose to 80 in 2017. Last week, on September 5, this journey crossed another milestone with Ghoshal being conferred with the national award for teachers.

Ghoshal sees the award as an opportunity to do more for the school and the community. “We still have a lot of challenges to overcome for the community and for the school. Right now, we need to fill some teacher positions which have been lying vacant for a while or I am afraid the results may dip again,” she says.

But these challenges seem small compared to her experience when she first arrived in Toto village. This tiny village, nestled at the foot of the Himalayas close to the Bhutan border, is the only home of the Toto tribe. This tiny village of around 2,960 people (according to Census 2011) is an anthropological marvel as the tribe’s culture and language is totally unique and distinct from the neighbouring communities like Rajbongshis, Koch, Mech or the Bhutanese Sharchop tribes. Dhonopoti Toto Memorial is the first high school here. Established in 1995, it remains the only one.

Misha Ghoshal with her students. Photo: By arrangement

“There was nothing. No shops on the way to buy things. The school had the bare minimum structure, timings were absolutely erratic. The nearest town, Madarihat, was 23 km away but I rented a place there as I was not sure how I would be able to live in the village,” says Ghoshal.

The daily journey was a long one. There was only one bus with fixed timings that took people to and back to Madarihat from the village. On the way, one had to cross two rivers on jeeps.

“Initially, the school timings were such that teachers had to rush home as soon as classes were done. And there was a general sense of hopelessness about the institution. What was disheartening is not just that the pass percentage was abysmal but that it was kind of accepted that this situation is not going to change,” she says.

After the first few months of things going the way they were, Ghoshal decided to work on an overhaul. She rented a small house in the village and invested long hours in the school. The idea was to regularise classes, build infrastructure and introduce extra-curricular activities along with the syllabus which, she believes, helps teachers and students understand each other. Soon, she found leaders of the community also coming forward to help her.

“With the community’s help, I was able to soon get the land registered officially in the school’s name and then hostels for boys and girls were started,” she says.

This was also when she engaged more with the local culture and language. “I realised that to build confidence among the students, I should be able to interact in their language and encourage imagination and creativity in their own language. As the Toto language does not have a script, I befriended my students and started learning words from the songs they sing,” she says.

A trained classical singer, Ghoshal soon picked up Toto songs. What are they about? Ghoshal sings a few lines. “They are mostly about nature; its beauty, diversity and enormity. When I started singing with them in ceremonies there was a feeling of oneness.”

Misha Ghoshal with her students. Photo: By arrangement

Ghoshal strongly feels that the community needs to access benefits of the mainstream society while preserving its own culture, knowledge and identity. For this, she is in touch with the North Bengal University who have offered to work in collaboration with her on Toto heritage.

But right now, on top of her mind are two questions. How to fill the teacher vacancies for the 250 students at the school? And how to start the process of education during the pandemic, as her students are falling behind those in urban areas who have access to smartphones and computers and online classes?