Millions of school children in India, especially from poor families, dropped out of school over the past two years because of the COVID health emergency. 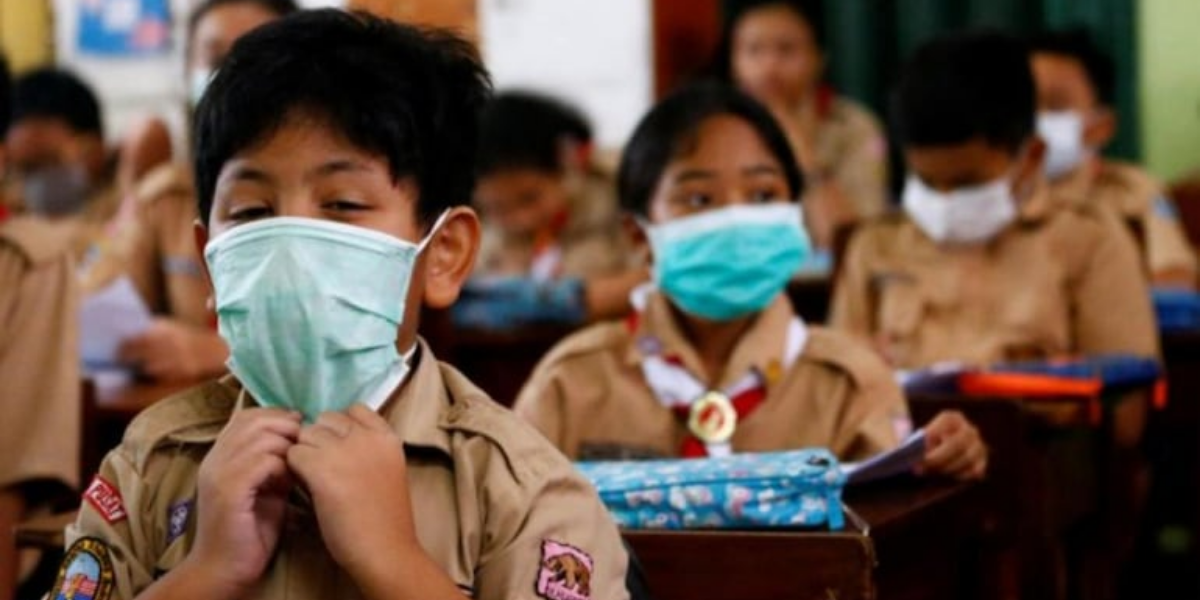 Raghav Paswan, a vegetable vendor from East Delhi has two school-age children, 12-year-old Vinita and nine-year-old Gita, who have not gone to school for the past two years because of the pandemic.

Paswan’s meagre income has dropped further during the pandemic, to the point where he could barely support the family’s food needs, meaning no money left to see his children through school.

The children dropped out, took up odd jobs and started working alongside their parents to financially support the family.

“There was no option and I dropped out of school because of the circumstances at home. I don’t know when I will return,” Vinita told DW.

This is not an isolated case. Millions of school children in India, especially from poor families, have dropped out of school over the past two years because of the COVID health emergency and the resulting economic crisis.

Millions cut off from education

Schools across India were shut in March, 2020 to curb the spread of the coronavirus. There are varying estimates as to how many children have been affected and to what extent.

A survey of nearly 1,400 school children found that, in rural areas, only 8% were studying online regularly, 37% were not studying at all and about half were unable to read more than a few words.

Most parents wanted schools to reopen as soon as possible, according to the survey, which was conducted by a group of scholars, including renowned economist and social scientist Jean Dreze.

The figure for dropouts at the secondary school level nationwide was as high as 17%, according to the Unified District Information System for Education.

And then there are children who have never been enrolled.

“First, relatively speaking, the higher proportion of children who are currently not enrolled in the younger age groups may be due to the fact that parents are waiting for schools to open and the fear of infection to subside before enrolling their children in school,” Rukmini Banerji, CEO of Pratham Education Foundation, told DW.

“But, for observing whether these increased enrolments translate into sustained attendance, timely data collection will be needed along with public availability of attendance data,” Banerji said.

Girls have been particularly affected by the school closures. According to the National Right to Education forum’s policy brief, 10 million girls could drop out of secondary school.

The organisation warned that the pandemic could also disproportionately have an impact on girls by putting them at risk of early marriage, early pregnancy, poverty, trafficking and violence.

Also read: With Govt Yet to Decide on COVID Vaccines for Children, Doctors’ Group Comes Out in Favour

According to UNESCO, the duration of school closures in India had been among the longest in the world.

Though classes were moved online, millions of children from poor families were left disadvantaged as they did not have access to digital devices and the internet.

Children in the slums who went to regular schools pre-pandemic often have families that are too poor to afford the phones or other devices needed to study online.

The digital divide aggravated inequality in access to and quality of school education.

Only 20% of school-age children in India had access to remote education opportunities during the pandemic, of whom only half participated in live online classes, according to a national sample survey published in November by ICRIER and LIRNE Asia, a think tank focused on digital policy.

When schools gradually began reopening, many children did not return.

Schools in several regions of India, including the capital, New Delhi, reopened on September 1. Schools in the country’s financial hub, Mumbai and surrounding regions reopened in October.

But, with growing fears about the new omicron variant, many state governments are considering imposing strict new restrictions to curb spread. Local media report that authorities in states like Maharashtra and Karnataka could close schools again as part of the measures.

“COVID and the related lockdowns revealed several truths about societal and state concern for education and the overall well-being of children, especially of poor and marginalised communities,” Shantha Sinha, former chairperson of the National Commission for Protection of Child Rights, told DW.

“The cost of inaction has been tremendous, causing denial of rights and injustice to children. There is undoubtedly a need to pay special attention to make schools the hub of activities for children and bring back the rhythm of schools,” Sinha said.

The government recently announced that it was aiming to ensure 100% enrolment of children in schools across India by 2030 and vowed to bring down the school dropout rate.