Games Could Be Key to Make Preschool Kids Do Better at Math, Researchers Say

A new study says that if children who gain most from attending preschool were trained to better use their inherent numerical abilities, it will help them understand concepts better later. 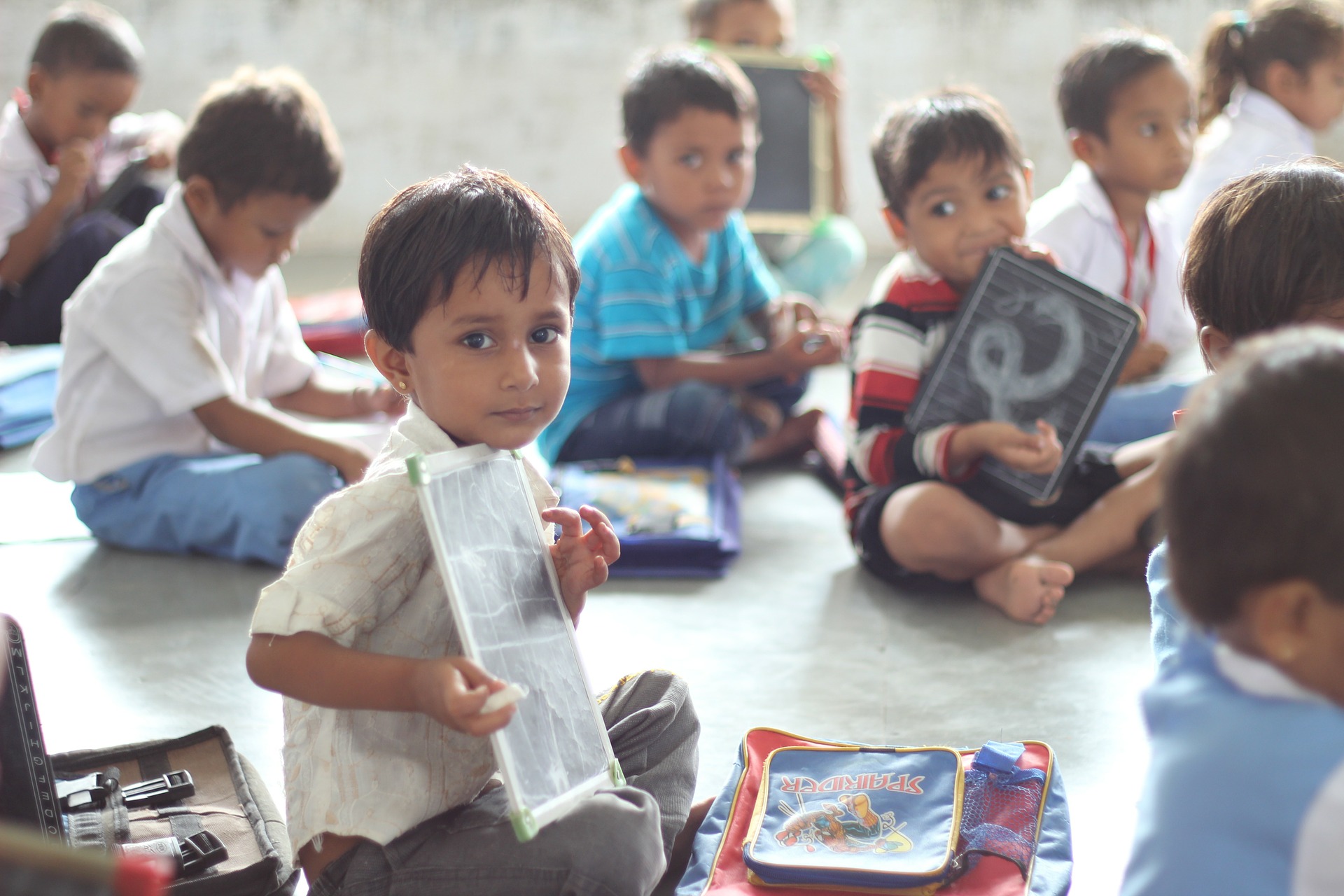 The announcement of a mathematics test in class has sent shivers through countless students all through their school-going years, and many have longed for the time when they wouldn’t have to study the dreaded subject anymore. However, we all possess an innate sense of numbers. Young children unerringly pick the bigger piece of cake or the larger pile of chocolates before they even start learning mathematical concepts and quantitative analysis techniques. It is also believed that honing this ability in young children may help them learn mathematics better later on in school.

This is easy when parents or caregivers are well-educated and spend time playing games that hone this ability. But when the adults are not educated, as is often the case, a preschool that offers programs specifically designed to address such themes can help. “People have always believed that the preschool experience helps children,” Rakhi Banerjee, a professor of mathematics education at the Azim Premji University, Bengaluru, told The Wire.

Then again, in India, according to a UNICEF estimate, about 98% of children are enrolled in primary schools whereas almost 50% have not attended any preschool. As a result, once these children start primary school, they don’t perform well.

Now a new study says that if those children who stand to gain more from attending preschool were trained in better using their inherent numerical abilities, it will help them understand mathematical concepts better later.

Esther Duflo, an economist at the Massachusetts Institute of Technology (MIT), Boston, is one of the authors of the study and has worked on primary education in developing countries. In a press release, she explained that one of the problems she found was that the curricula are so designed that they make it really hard for students who are not smart to learn things. And although they keep getting promoted from one grade to the next, they have gained very little knowledge by the end of primary school. She wondered if providing training to young underprivileged kids in India would give them a ‘leg-up’ when they went to primary school.

We have an intuitive grasp of numbers. When six-month old infants were shown pictures of dots, what caught their attention was when the number of dots was changed, especially if the difference was large, rather than when their size or spacing changed. Three years later, when the researchers followed up with the babies, they found that those who had been better at distinguishing changes in the number of dots performed better on mathematical tests relative to most three-year olds.

If this inherent skill were further trained, the thinking is that learning mathematics will become easier. Experiments with adults have shown that this might indeed be true: they fared much better with arithmetic problems after they spent some time estimating large quantities of dots and performing mental calculations. The new study took this idea out of the lab and into the field, and performed the ‘experiment’ on more than 1,500 pre-school children. Researchers from Harvard University and the MIT Poverty Action Lab developed a set of simple games that teachers in preschools could play together with their young children. The schools selected were run by Pratham, an NGO that provides free education to underprivileged children, in the slums of New Delhi. Their parents were typically people who had arrived from neighbouring states – mostly Haryana, Uttar Pradesh and Bihar – in search of a better livelihood. The study was conducted in 2013.

Harini Kannan, one of the authors of the study and a member of the Poverty Action Lab based out of Delhi, told The Wire, “This also is very grounded in reality. We know that kids do not show up all the time; we know kids get bored; they have short attention spans.” So she and her colleagues planned games that could be played over about an hour, three times a week, over a four-month period. According to Moira Dillon, another of the study’s authors, these games are meant to be fun, fast-paced and something that children could play in groups.

They included tests of numeric and geometric ability, like estimating which set of dots was larger and picking out shapes that did not belong in a particular group. The study also included some games that helped children with social skills, such as following a gaze and picking out which face was happier from a set of images. Overall, it was a randomised trial as well: one group of children played the mathematic games; one group played the social games; and a control group did not play any of the games. The principal question the study addressed was if playing mathematical games that used the children’s intuitive sense of numbers would help them perform better in primary school, where mathematics is taught using a formal language and sets of symbols that have specific meanings.

“These findings are consistent with many smaller-scale laboratory based studies showing similar gains after non-symbolic mathematics training,” Daniel Hyde, a professor of psychology at the University of Illinois, Urbana-Champaign, told The Wire. “However, it extends this work significantly by showing that such gains are not restricted to the laboratory, but translate more broadly under conditions of minimal resources and teacher training.” Hyde previously worked on a similar study with about 60 children in Pakistan; he was not involved in the present one.

Unfortunately, any gains made in understanding symbolic mathematics were completely gone after a year: the children performed no better than other kids who had had no training. This did not surprise Banerjee: “You have to learn the rules of the game again.” Children may be able to reason and argue using natural language but writing out a proof using symbols may not be apparent to them. One needs specific training to do that, she explained.

In addition, Hyde said, “The effects of mental exercise, like those of physical exercise, are also likely depend on the extent, intensity and duration of training. A few months of training may not be enough to produce noticeable gains years later.”

Banerjee agreed. The ideal way for children to understand the principles of mathematics throughout their school-going years is not by rapidly finishing the curriculum and revising for exams. “We don’t seem to give enough time,” she said. “We seem to be missing out on the experiential, discussion and argumentation part of it.” She thinks that just as we learn languages easily by conversing, grasping the principles of mathematics should be easier if we talk about, reason and argue in mathematics, or form links between our inherent number sense and learned mathematics.

We don’t seem to be doing that just yet.