The charge against the vice chancellor Aditya Prasad Pandey has been that he hasn’t yet filled key administrative posts, such as a regular registrar, examination controller, librarian and curator. 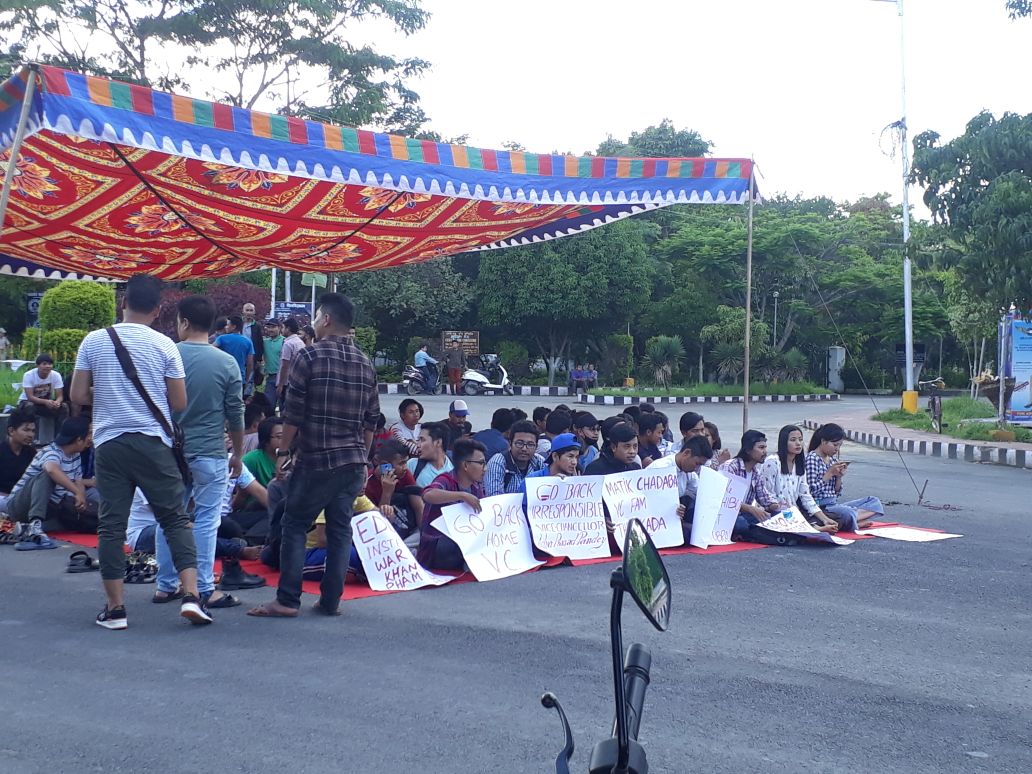 New Delhi: Manipur University (MU) has been virtually shut down since May 31, following an indefinite strike by its students demanding the removal of its vice chancellor Aditya Prasad Pandey.

The students on strike, under the leadership of Manipur University Students Union (MUSU) have since locked up the administrative unit of the central institution reportedly accusing the VC of “hampering the academic atmosphere of the university and leaving the university paralysed”. The branches of two banks inside the campus have also been non-functional due to the agitation. 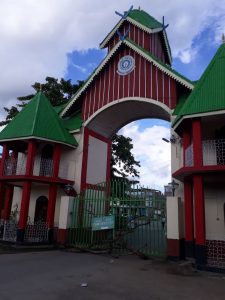 Though the MUSU exempted from the strike the semester examinations of the university that was to begin from June 7, it couldn’t take place on the first day “due to the tense situations in the campus”.

Pandey, formerly professor of economics at the Banaras Hindu University (BHU), was appointed by the Ministry of Human Resources and Development (MHRD) in October 2016 following the resignation of the then VC H. Nandakumar Sharma over a vociferous agitation by the students’ community over reservation of seats under the Central Education Institutions (Reservation in Administration) Amendment Act, 2012.

Dayaman Mayanglambam, president of MUSU, told The Wire from Imphal on June 7 that the students’ body was hopeful of sorting out many issues concerning the day-to-day administration of the university after the appointment of Pandey. “However, what we have seen is the opposite of it, even though it has been nearly two years now.”

The charge against the VC has been that he hasn’t yet filled key administrative posts, such as a regular registrar, examination controller, librarian and curator. “Those who have been kept as in-charge in these posts are powerless as they are assigned those positions on a temporary basis. The worst part is, most of the time, the VC is out of the state. Though he mentions official work, nobody knows what work that is, not even by those who run the university in his absence. They are also not told when he would return,” claimed Dayaman.

Speaking to local reporters, MUSU office bearers have accused the VC of spending a whopping Rs 8 crore from the university’s funds on his travels in the span of one year and seven months. On asked about it, the student leader said, “This is as per our information and we stand by it.”

The union has also accused the VC of creating a number of new posts on contract basis. “Though the administrative staff has confirmed to us that there have been about 20 new appointments on contract basis, we have not been given any information about who are these people and why have they been appointed and for what. This has been done even though the key positions of the university have not been filled,” said the MUSU president.

The students’ body also opposed the VC’s appointment of a public relations officer (PRO) for the university even though he didn’t know the local language, and that of appointing the dean of the School of Human and Environmental Science, Arun Saxena, in many posts of the university. Saxena has been heading the university’s development committee, purchasing committee, is the chief warden of the guest house and also the Centre’s director. The union accused Saxena of using the powers for his “private interest” and demanded his resignation from all the posts including that of the dean on moral grounds.

The PRO, Ganesh Sethi, has stepped down since. Saxena has also resigned from all the committees but has continued to be the dean of the department.

For some years now, the MUSU has also been demanding the removal of the Assam Rifles camp set up inside the Manipur University over 30 years ago. The demand was put forth in a press conference held in June 2017 where its president told reporters that the environment of the university “is disturbed by the presence of the AR camp and their movements and the students feel that the environment of the university is like a war zone”. Around that time, a joint memorandum with North East Forum for International Solidarity also submitted a memorandum to Chief Minister N. Biren to offer an alternate space to the AR to shift its camp. 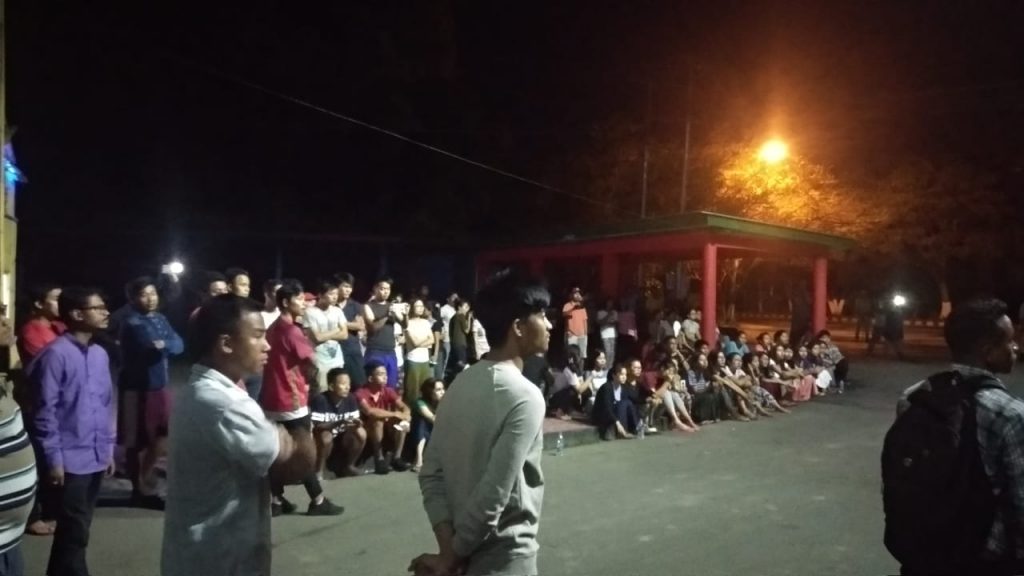 Students protest at the university. Photo by special arrangement.

In that press meet, the students’ body had demanded that the VC fill up the important administrative posts. This time too, the striking students have sought the removal of the AR camp besides other demands and has also accused the VC of moving around within the university campus in “Y category security in a bulletproof vehicle worth Rs 60 lakh” on the lines of “a military camp”. “Unfortunately, instead of attending to all these issues, the VC was seen addressing an event organised by a political party,” said Dayaman.

The event, organised by BJP Haryana leader Sunil Bharala’s Slum Foundation in Imphal on June 4, also saw Pandey sharing the stage with Union minister of state for finance Pratap Shukla beside Bharala and some other members of the party’s state unit.

According to the university’s administrative sources, though the VC “hasn’t directly reached out to the students on these issues yet, some office bearers of the Manipur University Teachers Association (MUTA) has tried to normalise the situation.” Local news reports have quoted MUTA president L. Tomba as saying that the organisation “is trying (its) level best to bring an amicable solution and restore the academic atmosphere of the university.”

The Wire tried to contact the VC’s office multiple times but has not got any response so far.

The MUSU strike has also got the support of the Manipur Students Federation. 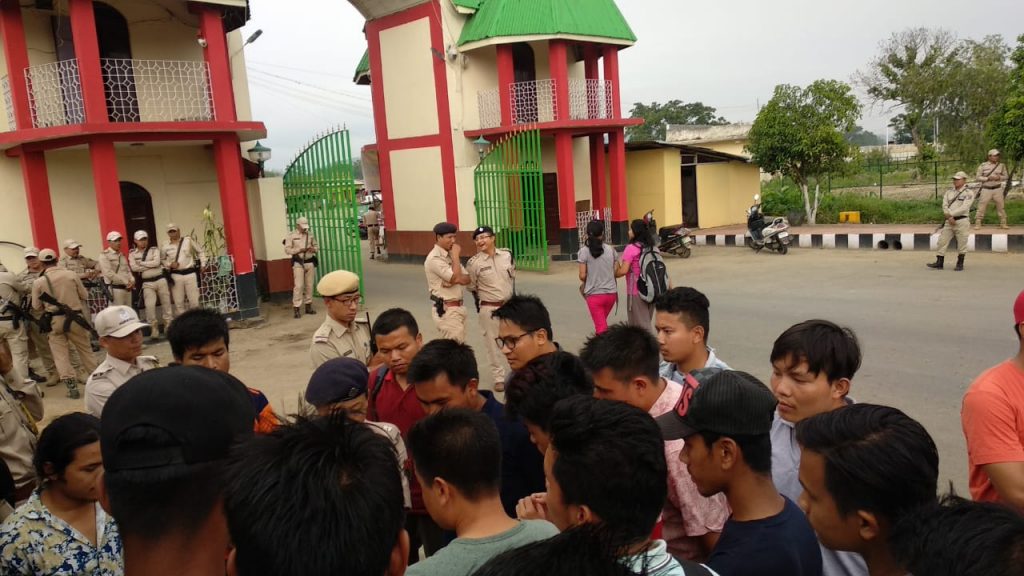 Meanwhile, the ongoing strike has attracted the concern of a large number of people in the state. Stating that the university is “deep in crisis”, an editorial published by Imphal Free Press on June 7 said, “We are in no position to be judges on these matters (the students’ allegations). All of them could very well have legitimate explanations, as for instance, if the VC’s frequent trips outside the state could be to meet official obligations, or his not filling up the vacant posts could also be because it is outside his power to do so. The MU is a Central University and surely there would be established procedural norms set by the University Grants Commission, UGC, for these matters, and it would do well for all stakeholders in the current unseemly friction to study them closely so that no unwarranted hurts are caused.”

It further said that resorting to the shutdown of the university, “as is happening now, can only result in self-goals. Not only the university, (students, teachers and staff together) would lose, but also the entire state. As it is, the MU is slipping behind in ranking even amongst other Northeast universities. This should worry every one of us.”

Meanwhile, the MUSU president told The Wire, “We plan to write to the state’s governor who is the chancellor of the university to help us sort out these pressing issues and if required, in coming times, we will submit memoranda to the president and the prime minister.”