Let's Use the CAG's Criticisms to Strengthen, not Weaken, School Midday Meals 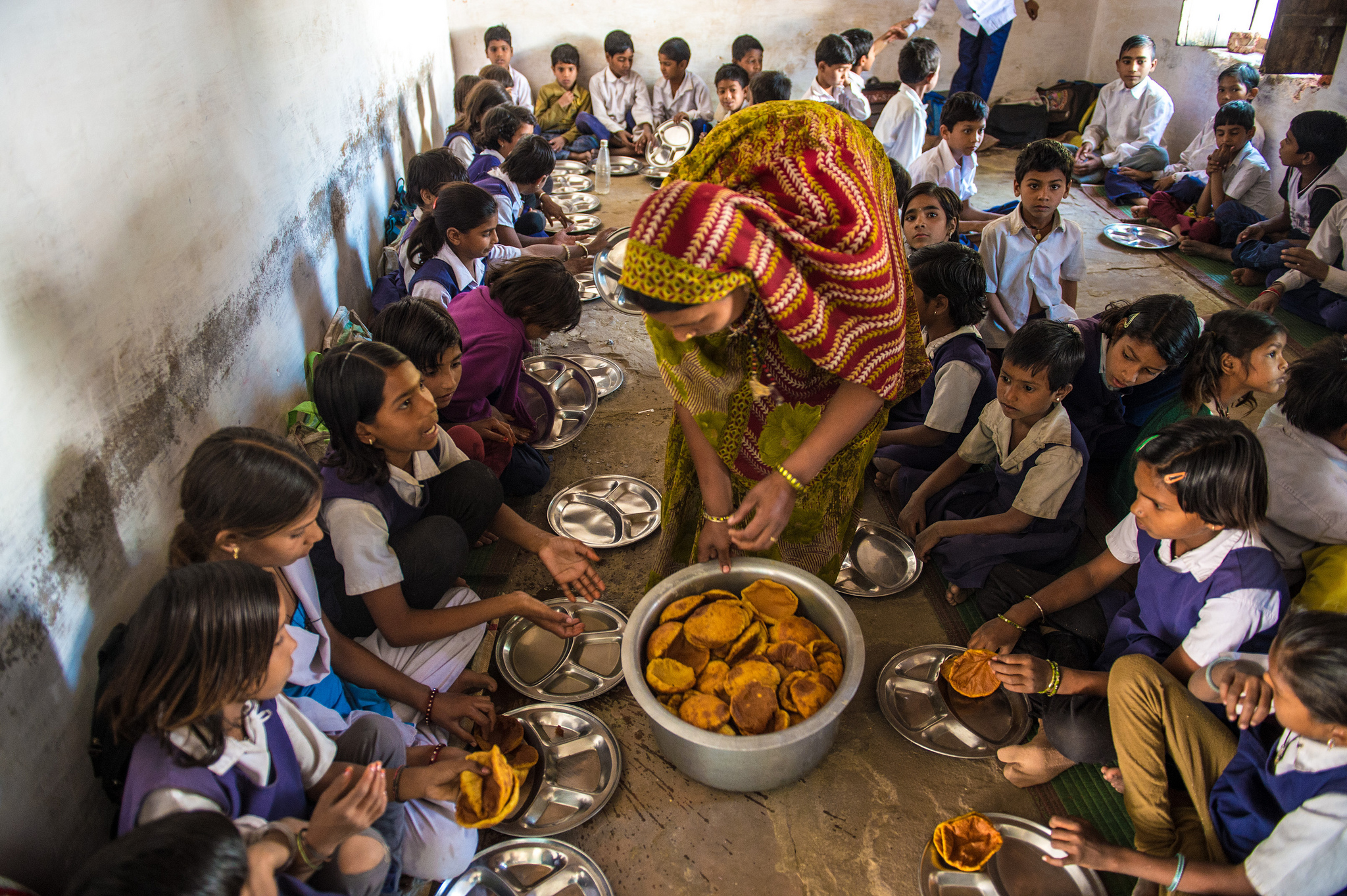 India’s midday meal scheme (MDMS) reaches more than 11 crore children across 12 lakh government schools around the country. Based on a Supreme Court order in 2001, states introduced a cooked meal in schools – replacing the earlier system of monthly “dry rations”. Despite many achievements, the scheme tends to make headlines for the wrong reasons. A recent audit report by the CAG found a number of implementation gaps, including discrepancies in school attendance figures, poor infrastructure, inadequate nutritive content of the meals and so on. It also makes some useful recommendations to address these shortcomings.

It would, however, be inappropriate to read this report as an indictment of the MDMS, as some news reports seem to be doing. What the CAG has done is an ‘audit’ of the scheme using the same method as in a financial audit. While this exercise has merits, it cannot be treated as an overall assessment of the scheme. A number of studies of midday meals in India have shown that the scheme not only enhances school enrolment, retention and attendance but also has positive effects on child nutrition. Nothing in the CAG report invalidates these findings.

The CAG makes many valid points, but it is also reaches some conclusions that are not possible based on this kind of audit. For instance, the report concludes that the MDMS is failing in its objective of bringing children to school because data for 2009-13 show a decline in absolute numbers of children enrolled in government schools. This is absurd, since midday meals were already in place at the beginning of the reference period.

In order to assess the effect of the MDMS, what needs to be done is a comparison of enrolment before and after the scheme was introduced. This is exactly what the above-mentioned studies do. These studies show not only that the MDMS had a positive impact on school enrolment (particularly in Class 1) but also that the increase was higher amongst disadvantaged groups. In fact, world-wide evidence shows that school meals, when introduced, do attract children to school.

The post-2009 decline of enrolment in government schools has nothing to do with midday meals. As the CAG report itself states, the perception that private schools offer better quality education has led to more and more children being enrolled in private schools. This is an important concern, but it is not a verdict on midday meals. Rather, it points to the need for a better understanding of other factors that are taking children away from government schools, such as teacher absenteeism, low levels of classroom activity, lack of creative engagement with children, corporal punishment, poor infrastructure, and caste or gender discrimination.

It is also important to remember that enhancing enrolment is only one of the objectives of the MDMS. School meals also help to protect children’s right to food, enhance learning outcomes (by averting classroom hunger), foster social equality and impart nutrition education to children. Assessing how far the MDMS has contributed to these goals requires a completely different methodology from that used in the CAG report.

The CAG focuses largely on compliance with governance and financial norms for quantity, quality and regularity set by the government. This is a worthy exercise, but it is not designed to assess the overall impact of the scheme on factors such as enrolment, attendance, nutrition or health. In the din of media reports projecting the CAG report as an indictment of the MDMS, some important findings and recommendations of the report are actually lost.

One of the issues raised in the report is that school meals do not meet the required calorie and protein norms. However, it is not clear whether this is based on testing the nutritive content of meals in all states (other than the example of samples tested in Delhi) or the finding that there is no system in place to regularly inspect the quality of the meal.

Further, there is no mention of additional items that are now provided in many states, such as eggs, or of their contribution to the nutritional content of midday meals. Moreover, the report itself raises the very important issue of cooking costs not being revised in proportion with inflation: “Non-rationalisation of cooking cost as per the inflation rate has a direct bearing on availability of ingredients for cooking of meal and on the nutritional value required in the meals.” It further points out that cooking costs have not been raised adequately despite recommendations by the National Level Review Committee (NLRC), because the ministry’s demands for extra funds have been rejected by the Cabinet Committee on Economic Affairs (CCEA).

The CAG report makes other useful recommendations such as imparting greater flexibility in the menus, promoting the use of local food products, arranging independent checks to verify data provided by states, strengthening the school health programme, improving monitoring mechanisms, and establishing a grievance redress system. These need to be considered seriously along with the requisite funds. A table in the report on the non-implementation of decisions taken by the National Level Steering cum Monitoring Committee (NSMC) is instructive. It shows that most of the decisions were accepted by the ministry, but rejected or deferred by the CCEA on financial grounds.

The MDMS is a hugely popular scheme that has already shown a lot of potential. It is imperative to strengthen it by making further investments towards improved quality. The recent cuts in the MDMS budget, and the reluctance to serve eggs in some states, are worrying developments in this regard. Hopefully, the CAG report will help to strengthen a scheme that is already contributing a great deal to the nutrition, health and wellbeing of Indian children.