How the Kerala Model of Bringing Classrooms Home Works

The ‘First Bell’ initiative has reminded guardians of their school days and brought lessons to students' houses. But it is not without its flaws. 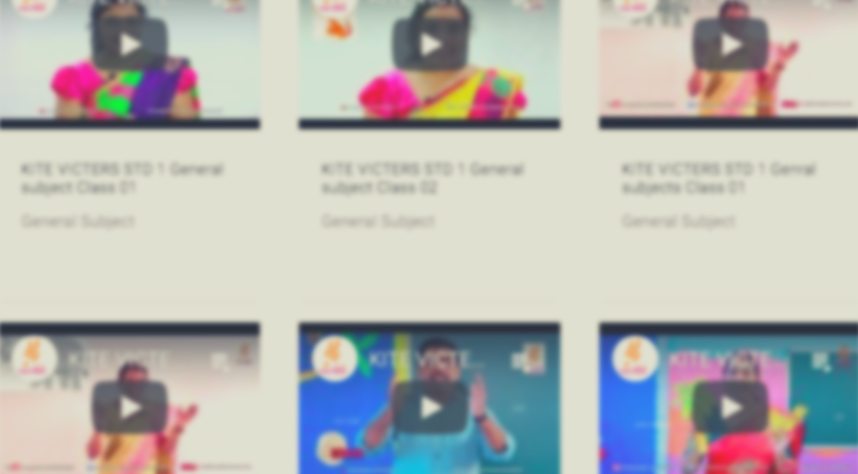 Videos on various subjects on the official website of the Kite initiative. Photo: https://kite.kerala.gov.in/ 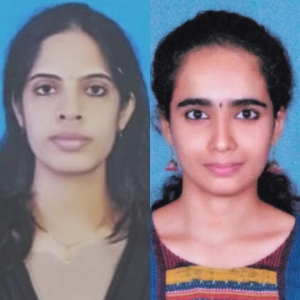 Schools in Kerala usually reopen with an ‘Enrolment Festival’ known as ‘Pravesanotsavam’. After two months of summer vacation, students are welcomed with songs and activities, with the understanding that learning is enjoyable.

This initiative began in 2007 as an attempt to encourage students to attend school and to give education and knowledge a celebratory colour. However, June 1, 2020, was not the usual rainy reopening day with the ‘Enrolment Festival’.

After two waves of COVID-19, it was expected that the state government would make certain crucial changes in the pedagogical styles of schools and colleges and this was reflected in the launch of a virtual education programme.

It has been claimed by the state government that the slogan ‘Physical Distance and Social Unity’ was efficiently put into practice and led to it successfully dealing with the pandemic till now. Concluding the academic activities of the previous year, especially the board examinations, was the first step towards the restoration of academic ‘normalcy’.

Amidst debates and doubts, the government conducted the board exams with 98% attendance and declared that the students who were unable to write them due to the existing circumstances would be allowed to write it later.

Commencing the academic activities for the present year was the next challenge. The Department of Education, Kerala, announced the ‘First Bell’ scheme on May 29, 2020. It laid out a plan to conduct virtual classes from June 1, via KITE (Kerala Infrastructure and Technology for Education) Victers (Versatile ICT Enabled Resource for Students) the educational channel of the state government of Kerala.

Addressing the launch of Victers Channel in 2005, former president A.P.J. Abdul Kalam had said, “This programme has a mission of taking the benefits of the space technology directly to the people at the grass-root level from remote centres and provide them educational services”.

The scheme, however, opened various debates. As a government that claims to strongly advocate for social justice and inclusiveness, was this scheme further entrenching a digital divide? While several institutions including various central universities have opted for online classes and examinations via a multitude of apps, is a state government following the same path and excluding the deprived section of its population or is it a scheme that can bring people together to teach and learn? More importantly, since the effectiveness of a successful pedagogical exercise lies in meaningful two-way interaction between teacher and students, would an online medium serve that purpose?

The Kerala government launched virtual classes through KITE Victers channel under the name ‘First Bell’. Under the supervision of Director of General Education, SCERT, Samagra Shiksha Kerala and SIET (State Institute of Education Technology) prepared the modules for the classes. SCERT would monitor the implementation, with the technical coordination of KITE. The sessions are scheduled from 9 .30 am to 5.30 pm, Monday to Friday for all classes from 1 to 10 and 12th, on this channel.

The duration of the classes varies from thirty minutes to two hours and the classes are available simultaneously on Victers channel and website, mobile app and social media pages for free. The department of education has, however, maintained that this is a temporary arrangement and this will never be treated as an alternative for classroom education.

The government has instructed school authorities to arrange necessary facilities for students to attend the online classes. This has been carried out through decentralised surveys. Once the survey is done, the government would set up “Ayalpakka Padhanakendrangal” (‘neighbourhood study centres’), the expenses of which would be borne by the Kerala State Financial Enterprises (KSFE) and local self- governing bodies. The KSFE Vidyashree scheme has been announced to provide laptops to the students at subsidised rates. 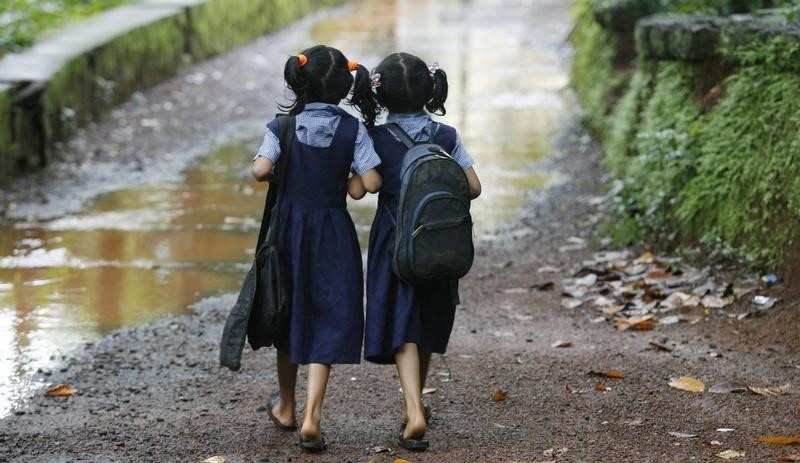 In several backward regions, student organisations, private individuals and so on have come forward to distribute television sets or smartphones to the students who cannot afford them. Local libraries initiated the setting up of big screens for those who do not have instrumental facilities. Various NGOs and local self-government institutions have also set up small digital classrooms in their areas. These facilities are in compliance with the prescribed precautions for preventing the spread of COVID-19. They are making efforts to bridge the digital divide through crowdsourcing.

‘A classroom at home’: The new culture of e-learning

Since the ‘First Bell’ initiative requires a television set to access the classes, it was bound to bring in some changes in the television viewing pattern of Kerala households. Parents and grandparents have decided to take or retake the lessons with the present generation of students thus revisiting their school days. Parents and siblings of lower primary students are learning the rhymes along with them. ‘First Bell’ has indeed reminded many of their school days.

After two weeks of trial virtual classes, the Department of Education, Kerala decided to extend the ‘First Bell’ scheme from June 15, 2020. Based on feedback and suggestions, they made certain modifications in the system and the government issued an order on June 12 for the second phase of the scheme. In the initial stage, it was identified that 2.6 lakh students did not have access to the virtual class.

The government took immediate steps for this, before the commencement of classes and by May 31, 2020, the number had decreased to 1.15 lakh. Local self-governing institutions, libraries, Akshaya centres, community centres, MGLC, BRC, Anganwadis, Kudumbasree and so on started Ayalpakka Padhanakendrangal. Further, the number decreased to 17,774 by 11th June.

Apart from this, it was directed through a circular on June 10 that the LAC Asset Development Fund (LAC ADF) and MLA Special Development Fund (MLA SDF) shall be used for arranging instrumental facilities for required students. Attempts are being made to incorporate new languages into the programme. English subtitles will be provided for the benefit of English medium students. The classes will be available in Tamil and Kannada medium as well.

On the first day of virtual classes, Devika, a class nine student from Kerala allegedly killed herself because she was apprehensive about the access she had to the required facilities. This incident was a stark reminder of India’s digital divide.

Several efforts have been taken to tackle the issue of inequality existing in various sectors. Though the schemes have addressed certain major socio-economic problems, forms of inequality are getting varied day by day. One concurs with Pierre Bourdieu that, though economic, social, cultural capital are the principal axes for inequality, ‘technical capital’ has a significant role.

The Samagra Shiksha Kerala estimates that about 2.6 lakh to 3 lakh of the total 43 lakh school students in the state do not have access to TV with cable connection, telephones or computer systems with internet. Devika was identified as one among them. Though the local governing body and school authorities had ensured that facilities would be provided, this student took her life during the trial period.

Incidents such as this should urge authorities and people to ensure that surveying and taking the required actions are not delayed. Often, the problem lies with the understanding of the digital divide. It is viewed as inequalities with regard to access to equipment. However, one agrees with Paul Gorski that a traditional understanding of the digital divide fails to capture the full picture of inequality and the consequent educational, social, cultural, and economic implications, primarily for those sections of the society that are oppressed at multiple levels.

Though the state has achieved commendable standards of development and living, it needs to be aware of the lacunae in the programmes over the years to ensure that everyone has access to information. It is high time that we look into the different manifestations of exclusion that exist in Kerala society.

The ‘Kerala model’ of development has been celebrated in the developmental discourses, especially in the education and health sectors. Whether this model has alienated several socially and economically underprivileged communities from its reach is a significant question, especially at a time when the glaring disparities in information access are evident. The government should also take steps to ensure that the new mode of education does not alienate differently-abled students. Based on the diverse situations faced by students, newer teaching methods should be introduced so that everybody is able to access quality education.

A superficial understanding of the digital divide that focuses merely on the availability of necessary equipment does not give a complete picture. Apart from this, high-speed internet, uninterrupted power supply and maintenance cost of the equipment are also significant concerns.

Another significant concern is ensuring that such schemes are not treated as an ‘alternative’. If online education gets normalised, the present generation of students will be deprived of the creative interactions and efficacies of a classroom.

It is only critical thinking and reflection that would give solutions for the problems in the new digital world. One can be hopeful that the government of Kerala will recognise the grassroot issues and initiate viable solutions. There shall be questions and doubts. When debates and discussions get stronger, let us hope that the scheme would break the barriers to information and make education truly universal.