Must JNU Be 'Normalised'?

Why meddle with a university which was distinguished in its excellence already? 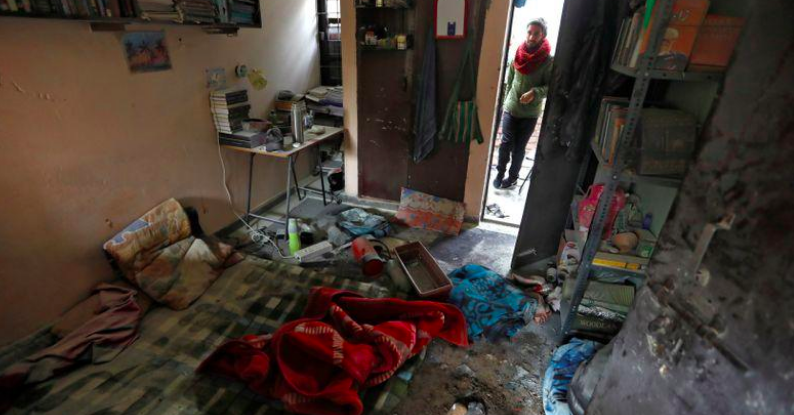 Events beginning with the episode of February 9, 2016 have come to a head with outsiders entering JNU and perpetrating violence on a campus that was known for intense discussion and debate but not violence.

I am reminded of a former JNU rector who asked in 2008, how can JNU be different from Munirka (the colony opposite to JNU gate)?

The episode related to the students accusing contractors who were carrying on construction in JNU of fudging the muster rolls and paying their workers half of Delhi’s minimum wage. The rector implied that whatever is going on in society has to impact JNU as well.

Many of us reacted and asserted that universities are about excellence, otherwise why have them? The rector’s statement was a contradiction in terms. Universities are required to give lead to society and generate new socially relevant knowledge.

This, at a minimum, requires different ways of thinking. Further, faculty and students need to practice what they teach. If we teach the students about poverty and empowerment of the workers then they need to investigate whether the minimum wages are implemented in the country and especially in their own campus.

The rector, a science professor, asserted that students have come to study and not to agitate. It had to be pointed out that agitating on real social issues is also learning. 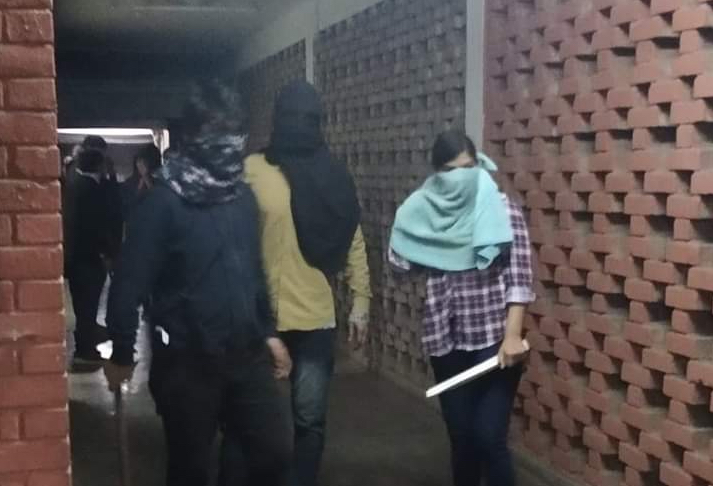 JNU students have been agitating over a wide set of issues over a long period of time, whether during Emergency and after it or against the iniquitous New Economic Policies launched in 1991 or more recently against attempts to communalise society.

The JNU community was at the forefront to help those affected by adversity like, during floods in Model Town in 1978, the Sikh community attacked by goons in 1984 and the Orissa cyclone in 1997.

JNU culture has sensitised incoming students to the wider world and broadened their horizon. Students come from all over the country and especially from small towns and villages.

Initially, JNU can be overwhelming but soon the students get into the groove since they are the best, selected via countrywide tests. Even the incoming faculty finds the atmosphere liberating.

I remember the time when we were distributing pamphlets of our demands to Executive Council (EC) members before an EC meeting in 2002, some of the young faculty members stood behind us, the professors. We asked them to stand with us. They were circumspect and said that in the universities they came from, the juniors stand two steps behind the professors.

This democratic culture and liberating environment enables questioning and creativity to flourish. The autonomy allowed to faculty in JNU helps generate socially relevant knowledge and teaches students to critique ideas. So, why would students not question authority? In this environment, I gave open book exams and made presentation of term papers compulsory. The students were unhappy because they said they cannot think in an examination.

But they accepted the argument that they should know of different ways of testing.

JNU Teachers Association (JNUTA) did not just take up teachers’ bread and butter issues but held seminars on challenges facing higher education, on alternative structures of higher education to make it more socially relevant, on Nobel prizes awarded and so on. 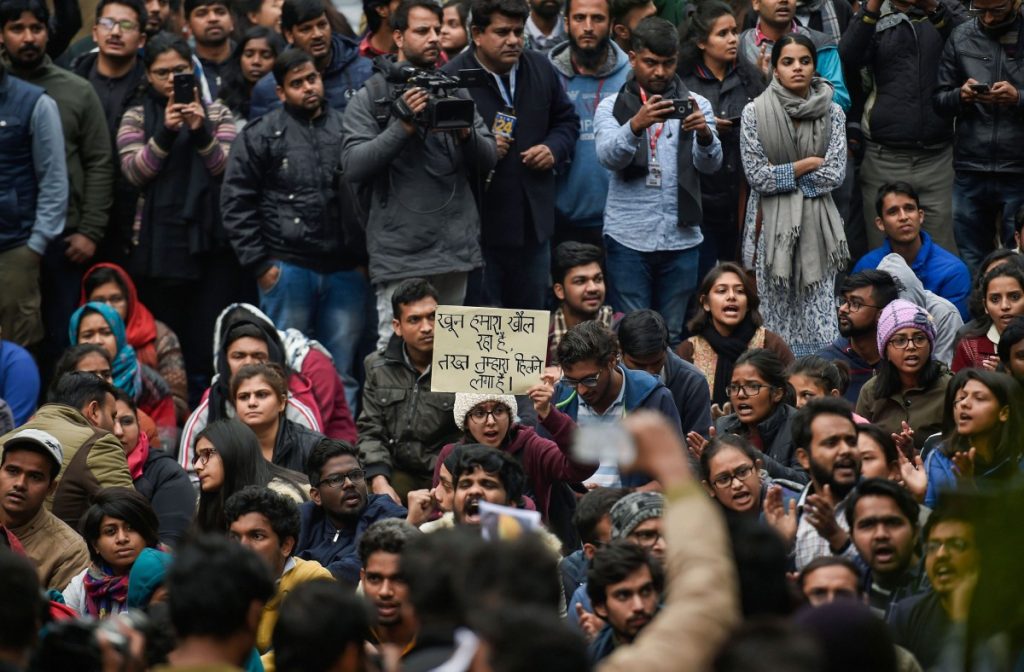 On all academic matters JNUTA attempted to arrive at a consensus. For instance, on the changes that had been suggested by UGC after the pay commission in 2007, a position paper was developed for evolving a consensus among faculty. The minority view was always respected and often the brute majority position was not the one carried forward.

This was the case with, say, the work of the Gender Sensitisation Committee (GSCASH) or with regard to the new courses introduced in the Board of Studies or the Academic Council.

I remember the time that the issue of creating a category of senior professors came up in the Academic Council. Most professors wanted this to be implemented and approached me, then the president of JNUTA, for support. I told them that the long standing demand of teachers’ unions in the country has been against creating more hierarchy.

At the Academic Council meeting after many spoke supporting the move, the then VC turned to me and asked for JNUTA’s opinion. In my individual capacity I opposed the move and the VC deferred the issue and it got shelved. The brute majority did not carry the day, the principle did.

We tried to push the envelope to loosen the grip of the administration over faculty so that there could be more autonomy. We demanded something like a Citizens’ Charter which would require the administration to act in a time bound manner and become more accountable.

The administration resisted but we persisted and made gains.

All this has changed since the present VC took office in 2016. No more widespread consultation with the students and teachers took place.

The democratic culture of the university has been ripped apart with decisions forced on the university community even when the majority is against those decisions. This is possible because the VC has the support of the higher authorities in the country who alone have the power to remove a VC. The administration has strengthened its grip over the university with the result that bureaucratisation rules. None of this would have been accepted in any previous regime.

A VC is not just an administrative head but more importantly, the academic head of a university. It is by dint of academic arguments that the VC gets respect and carries the day. In the traditional JNU culture, there was consultation at every level – with students, Centres, Schools and so on. 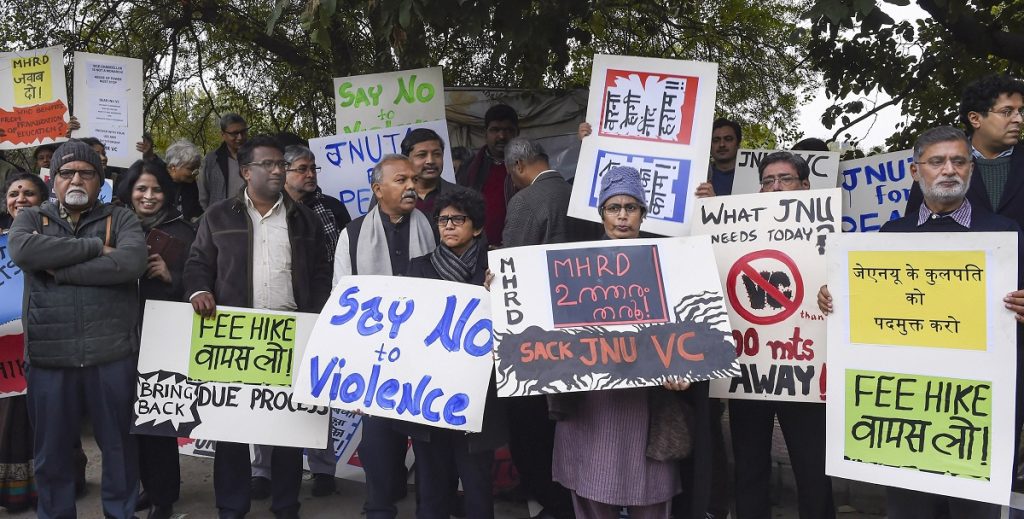 Decision making was slow but got everyone’s commitment. Even ABVP in JNU has had to pretend to be democratic, to influence students.

Earlier VCs would not have allowed Kanhaiya and other students to be arrested when not a shred of evidence has been produced over the last four years. The issue of fees would have been discussed and opinion created whether and how much of a fee increase was required. What should be the academic calendar and if there is delay then how the semester would be completed would have been discussed in various fora before implementation.

Now, students’ voice in the Academic Council has been silenced. The Students Union elections, which are a model for other universities to emulate, have been interfered with. The administration attempts to impose.

Norms like the appointment of Deans and Chairpersons by seniority have been disregarded in an attempt to pack the AC and EC with henchmen. Faculty has been denied leave to attend academic programmes outside the university. People have been victimised for protesting, whereas earlier protest was accepted.

Professor Yogendra Alagh, VC in 1990s, went to the students protest site, sat with them to discuss their demands. Norms for selection committee for faculty appointments have been arbitrarily changed to select favourites who often lack the skill to teach in JNU. In an economics interview, candidates were asked the properties of cow urine. Such appointment will set the university back the next 40 years.

Arbitrariness has led to a strong reaction with students and faculty resisting every imposition of the administration. Dialogue has broken down. The one-sided excesses in JNU over the last four years pose the question as to how long one side can continue to act democratically when the other side breaks every democratic norm and restricts the autonomy of faculty?

The rulers today do not want anyone to question them and brand critics as urban Naxals or anti-nationals. JNU is under attack since it has been at the forefront of criticism of policies not only of this government but also those of UPA.

The government must resolve its dilemma of how to cultivate excellence while suppressing criticism. Excellence is a prerequisite if India is to be a world leader. This government claims to want that and for that it wants to create 20 world class universities in the country. But it is destroying the one world class university that exists in the country.

Can the policy makers achieve their goal of becoming a world power by normalising excellence to the lowest common denominator – a contradiction in terms?

Why normalise JNU and not celebrate excellence? Let JNU be.