Barely a week after the Modi government submitted an affidavit in Delhi high court against Jamia's religious status, VC comes down heavily on “self-styled leaders”. 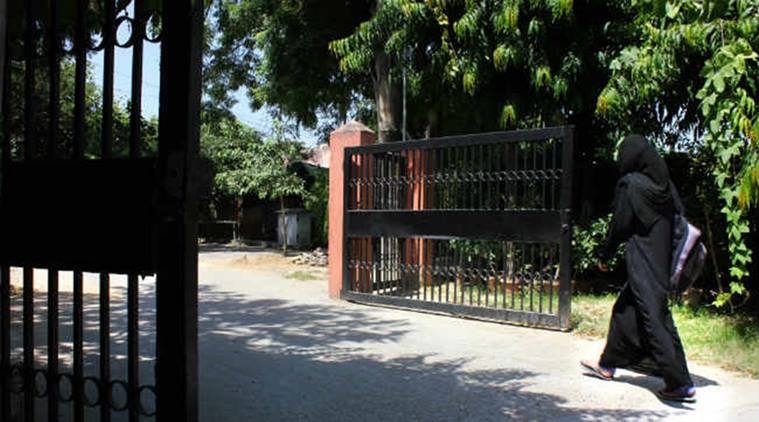 Through the affidavit, the Centre also declared that JMI was “not a minority institution, having been set up by an Act of parliament and funded by Central government, and also that it was not set up by a minority sect”. Credit: PTI

New Delhi: In an open snub of the Narendra Modi government’s attempts to change the minority character of several leading institutions of higher education, the Vice-Chancellor of Jamia Millia Islamia (JMI), Prof Talat Ahmad, today said the university would defend its minority character. He made his views known barely a week after the Centre had filed a revised affidavit in the Delhi high court this month opposing the order of the National Commission for Minority Educational Institutions (NCMEI) that declared Jamia Millia Islamia (JMI) as a religious minority institution.

Prof Ahmad also came down heavily on “self-styled leaders”, who, he said, had accused the university administration of mishandling the issue pending before the Delhi high court.

“I am pained that after relentlessly working for the good of the university for the last four years, some self-styled leaders (of the community) are casting aspersions on our intentions with regard to the minority status of the university. This is not only unfounded but also malafide and is not in the larger interest of the university,” he said at an event organised to mark the first installation ceremony of the newly-elected governing council members of the Alumni Association of Jamia Millia Islamia (AAJMI).

‘Minority character will be defended at hearing’

Asserting that “the minority character will be defended when the matter is taken up for hearing”, Prof Ahmad also charged that the university and other respondents in the matter were not served any advance notice by the court after the Centre submitted a revised affidavit challenging the minority status of the university.

Through the revised affidavit, the Modi government had reversed the UPA government’s stand on respecting the NCMEI declaration. The Human Resource Development Ministry under former minister Kapil Sibal had in 2011 submitted before the high court that it “respects the declaration made by NCMEI”.

‘Jamia was founded by Muslims for the benefit of Muslims’

The NCMEI had held that “Jamia was founded by the Muslims for the benefit of Muslims and it never lost its identity as a Muslim minority educational institution”. Since Jamia was “covered under Article 30(1), read with Section 2(g) of the National Commission for Minority Educational Institutions Act”, it had discontinued reservation for SC, ST and OBC students and reserved half the seats in all courses for Muslim candidates.

However, the BJP government took a diametrically opposite stand in its affidavit filed on March 5 this year when citing Supreme Court’s order in Azeez Basha Vs Union of India 1968, it said that the first affidavit had not take note this case in which the apex court had held that a university incorporated under an Act of Parliament cannot claim the status of a minority institution.

A reading of the affidavit reveals that the Centre wants to completely alter the minority character of the university.

“In any event, the Board of Jamia Millia Islamia is elected and need not necessarily consist of majority belonging to Muslim religion. The question of it being a minority institution therefore does not arise.

Treating a central university as a minority education institution is repugnant to law besides undermining its status and is against the basic tenet of a central university… By no stretch of imagination, Article 30(1) could be read to mean that even if an educational institution has been established by a Central Act, still the minority has the right to administer it.”

Through the affidavit, the Centre also declared that JMI was “not a minority institution, having been set up by an Act of Parliament and funded by central government, and also that it was not set up by a minority sect”.

Prior to this, the Modi government had also retracted the minority status of Aligarh Muslim University (AMU) before the Supreme Court in January 2016.