Students had said it is unfair to expect them to arrange the infrastructure required for the exam, given that they have paid the full fees. 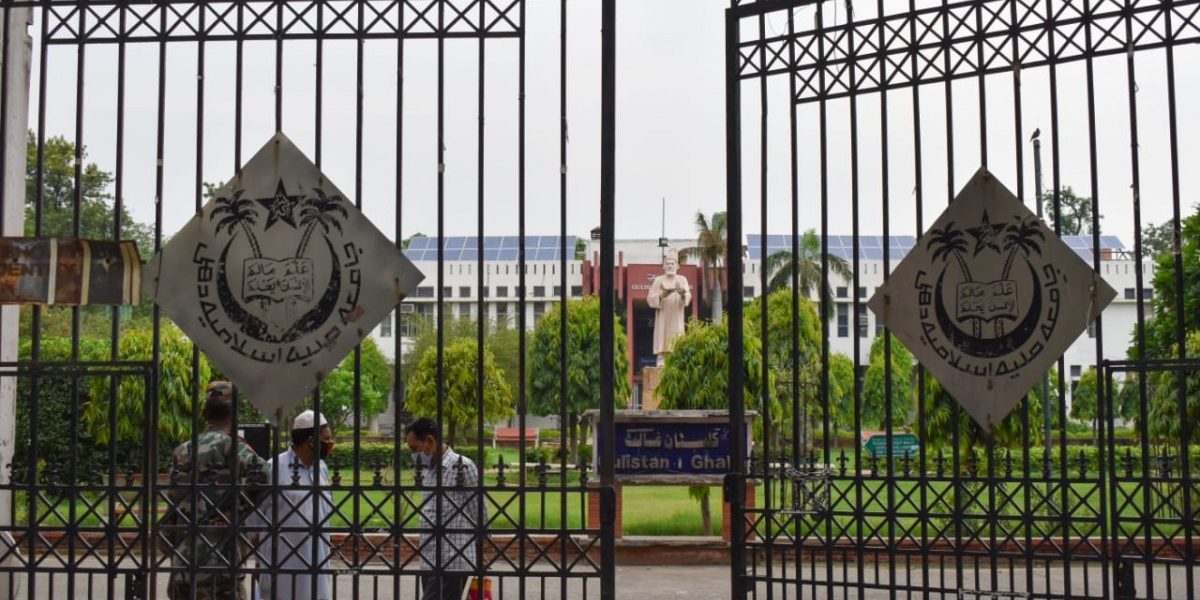 New Delhi: Jamia Millia Islamia has announced that the scheduled semester exams, that were to be held online, have been put on hold. The varsity’s decision was based on complaints from several students, who said they would not be able to sit for the online exams.

“The university has received several representations from the students regarding their problems/issues with online proctored examinations,” the notice released by the university on Saturday evening said. This decision has been given to the University Grants Commission, the notice continued, and the UGC’s response is awaited. After the response is received, the university will take a final decision on how to hold exams, the notice said.

“Meanwhile the Students are advised to relax and continue with their ongoing online classes and their preparation for the examination,” the notice continued.

The university’s guidelines for conducting this year’s ‘Online Proctored Mode of Examination’ in the wake of the pandemic had distressed students, who said that they did not have access to proper equipment and internet connectivity to write these exams.

The guidelines, released on Thursday, said that students must arrange for computers or laptops, a stable internet-connection and and uninterrupted power supply on their own for the three-hour exam. They were expected to appear for the examination using the latest version of the Firefox browser, a Windows laptop or computer with a stable internet connection and a web camera.

The guidelines stated, “Only PC/Laptop shall be permitted to appear in examinations not the smart mobile phone. However, smartphones with cameras may be used to click the pic of the answer sheet and upload the same on the portal.”

As a mandatory requirement, students had been asked to click images of their handwritten answers using their smartphones and uploading them.

Several students had come out in protest against this mode of examination as they said that they do not all have access to laptops, internet connectivity, smartphones or stable electricity. They said that this mode of examination is discriminatory and unjust for many of those students who come from rural backgrounds, lower classes of society or from regions with highly unstable internet connectivity such as Jammu and Kashmir.

Umair Altaf is a student in the international business MBA programme at Jamia Millia Islamia and a resident of Jammu and Kashmir. He is among the many students who protested against the online mode of examination at the university. He said his dream of becoming a business tycoon will be affected if the exams are done in this way. “I belong to a middle class family of Kashmir and no matter what the class of my family, it anyway seems illogical to give an exam without having a proper internet connectivity.”

Talking about the state’s internet connectivity, he said, “I hail from a region which is surviving on a 2g internet connection since the scrapping of Article 370. Even this 2g has no guaranteed life because every now and then there are encounters which result in the barred state of internet.”

He added, “This is very sad as I may not be able to write my exams and thus my dream will be buried alive by my varsity simply because opening a web-cam in Kashmir is not possible, a simple mail takes five minutes to upload….”

On Friday, the Jammu and Kashmir Students’ Association wrote to the minister of education, Ramesh Pokhriyal Nishank, and Jamia Vice-Chancellor Najma Akhtar, asking them to scrape the online examination as this puts the burden of arranging infrastructure on students.

Areeb Nazam is also part of an MBA course at the university. He is a second year student and comes from a small village, Karanpur in Amorha district, Uttar Pradesh. He said he will face difficulties because of the online proctored exams. He explained, “Firstly, I don’t have a laptop here and the exam cannot be conducted without a laptop and even if I arrange a laptop from somewhere, there are major electricity issues here as there is no specific time when it comes and it’s very limited to very few hours so If I’m using the laptop and there is an electricity failure, I will not have a proper backup to use the laptop…”

He also said that his internet connectivity is very low and inconsistent. “I may face various issues and might be disconnected in middle of my exam. Also, I have never experienced any exam like this so going straight into my final exams with this technology won’t be easy for me,” he said, while urging the Jamia administration to reconsider its examination methodology as his “career is at stake.”

Amr Kidwai is another student at Jamia Millia Islamia. He comes from Barabanki in Uttar Pradesh. He also doesn’t have access to a proper internet connection and experiences power cuts every now and then. He said, “This method is hence not feasible for me.”

Arif Rizwan is a student at Jamia from Gumla, Jharkhand. “[The online] mode not only requires a personal laptop/desktop with a webcam and a smartphone, but also an uninterrupted internet connection and electricity.” He said power cuts in his district are common and smooth internet connectivity is a rarity. For a student like him, he continued, it would be next to impossible to appear for these exams.

“Also this method of examination requires me to have a separate room which again is not possible for me as I live in a small house with my family,” he added.

Zurriya, another student at Jamia Millia Islamia, said that the students were not informed of the date of the examination, or the method, until a few days ago.

She said, “Firstly, it involves two devices, and I don’t have a laptop. Second and the main issue is a stable internet connection. If while giving the exam if due to some connectivity problem, we get disconnected it will be counted as unfair means, two warnings will be given while the third time the paper will be cancelled.”

She said that she doesn’t have access to a proper internet connection because of which she wasn’t able to attend her online course classes. “I can’t give these exams because I am incapable, I lack both a stable internet connection and a laptop. If the university wants to take such exams it should itself provide us with whatever is required for such exams. This is unfair. This is insensitivity.”

“Without proper notes, access to libraries and teacher’s guidance it’s not possible for us to give exams the way that is being expected of us. Several teachers don’t even reply to our queries – not on WhatsApp or on mail. Instead I was even blocked by a teacher since I was asking for his help for my summer training project. Why are authorities wanting only the students to give their 100%?” she asked.

She also said that since the college has taken the full fees, the college should ensure that each student is equipped to give their exams. She added, “While professors have skipped classes, refused to help students, have been ignorant, students have been deprived of a proper environment, have been struggling to keep up with their mental peace and now such exams are only pressuring us and not helping us…”

Jamia PRO Ahmad Azeem had earlier said a meeting was held with students who had come to the university yesterday. It was attended by the dean, students’ welfare), chief proctor, security advisor, senior professors and other proctorial staff who heard the students’ concerns.

The university administration has assured students that their concerns will be considered and they will ensure the exams are held with ease. “However, the exams will not be cancelled or converted into an assignment based project as it is a requirement for the students to get their degrees,” Azeem had added, before the exams were put on hold. Earlier, the students had demanded that they be given assignments instead of having to appear for an online examination.

Note: This article was updated after Jamia issued a notice putting the online exams on hold.