In the furore over the Indian government supposedly awarding Institution of Eminence (IoE) status to the proposed Jio Institute, it is timely to think about the metrics of excellence underlying this concept, in the Indian context. Higher education and research in our country is certainly in need of transformation – both education and research receive a small fraction of public expenditure (in comparison with similar nations) and are crippled by bureaucracy and outdated pedagogy. As a group of young scientists/educators who have studied in IoE and non-IoE institutions, we put forth some of the positives, negatives and concerns in granting exceptional status and autonomy and focus on the concept of excellence.

The story of the IOE furore

Union minister for human resource development Prakash Javadekar tweeted last week congratulating three private universities for getting the IoE status. It was later clarified that these institutes have only been selected to be awarded a Letter of Intent (LoI), which does not equate to a tag of eminence yet. According to the clause 8.4 (f) and (g) in the August 2017 notification issued by the University Grants Commission (UGC), the institute has to be ready to commence operations within three years of the issue of the LoI. The Empowered Expert Committee (EEC) would monitor progress yearly potentially culminating in the eminence tag.

This proposal to declare ‘Institutions of Eminence Deemed to be University’ was initiated to support infrastructure and research in leading institutions to help them achieve international rankings. The IoE tag would grant an institution autonomy in finance, student fees and hiring faculty besides a grant of Rs 1,000 crore (not to private institutes). The EEC was set up to identify ten public and ten private institutions be declared as IoE. The August 2017 notification also offered a chance to sponsoring organisations to submit completely new proposals to establish an IoE Deemed to be University under the “greenfield” category, under which an organisation named Reliance Foundation Institution of Education Research (RFIER) submitted a proposal to set up the Jio Institute.

Clearly, RFIER was well within its rights to submit its application, but the criteria used for its selection raise some important questions on transparency. No information is available on the public domain on the detailed plans and applications submitted by different institutes, the number of slots for new versus existing institutions, or the list of institutions that applied or the actual selection procedure.

Thus, it may favour donors with political patronage, large land and fund endowments. The fact that out of the 11 greenfield applications, only 1 has been selected is a case in point. As laudable as this initiative is for the upliftment of higher education and research in India, it requires more transparency so that it does not short-change existing institutes with a proven track record in higher education and research. The possibility of granting such privileges to yet-to-be-established institutes with no track record is unwarranted.

There is also a concern that even with a tremendous amount of starting funding and complete autonomy, it might not be possible to build a world-class institution in just a few years. This was raised as an issue when the Vedanta University was proposed in 2008 with a similar funding scale. Universities that rank highest in the world currently have several decades of continual funding and also first established themselves with excellent faculty who share and grow a core vision of education and research. Competing with these and an ever-growing pool of institutions across the globe will require continual investments, world-class faculty and vision. 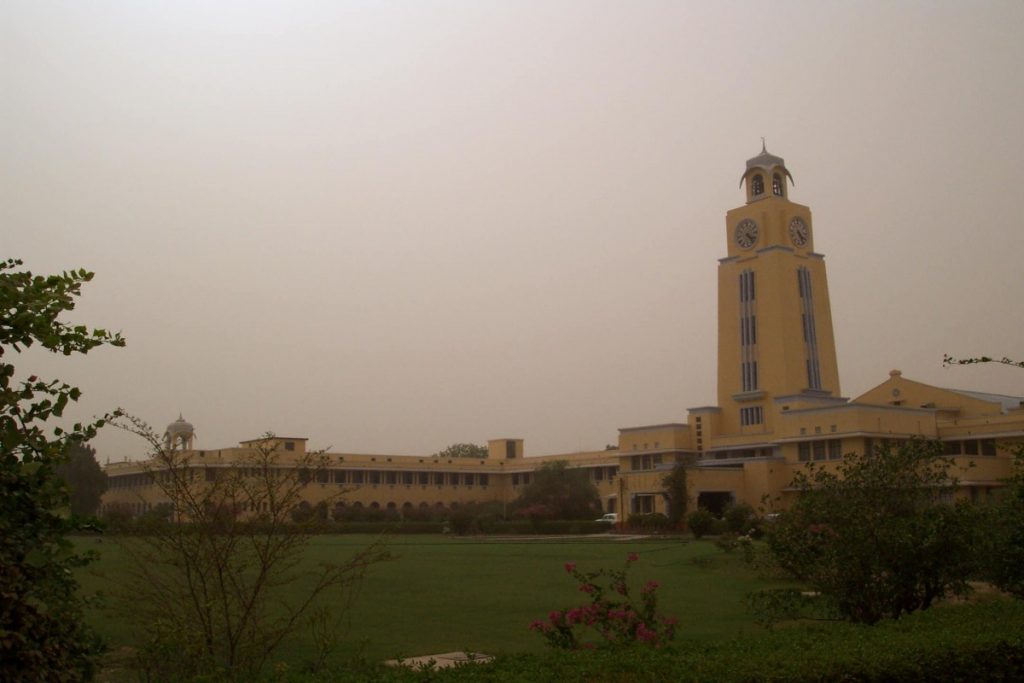 There are several important ideas in the proposal to set up IoEs, which can be broadly tied to ideas of regulation and excellence. There is recognition that education and research requires strong collaborative environments with other institutions and people of diverse nationalities, cultures and ideas. Regulations for Indian universities may be hurdles for creating such environments and granting autonomy may be understandable. Ironically, having loosely defined boundaries between autonomy and regulation is likely to backfire, resulting in more stringent regulation.

“This may be a blessing in disguise for us as we have been left alone. Who knows if these new places may be under the PMO? People will call for informal favours and hence regulate us,” said a professor from a private institute that applied for IoE and wished to remain anonymous. While the pros and cons of regulation are important to evaluate, we seek to delve further into the concept of excellence.

The idea of using global rankings for assessing universities has drawn some well-justified criticism before. What does a focus on rankings mean for education? Such rankings tend to prioritise impact of publications over the quality of research programs, the latter being equally, if not more, important for advancing knowledge. For example, in Times Higher Education World University Rankings, 30% of the score to gauge research influence of an institute relies on metrics of  research citations (the number of times a published study is “cited” by subsequent studies) and h-indices (a cumulative metric based on the number of citations a scientist receives from their published studies). But it has been argued before that these metrics are biased towards research output in the STEM fields at the expense of humanities and social sciences.

Since the proposed IoEs are expected to be highly interdisciplinary, the use of such rankings appears to be counter-productive. Citations and h-indices are also not reliable measures of how impactful the research is. In ecology and related fields where the authors of this piece work, evidence shows that h-indices and citations do not predict the odds of a person obtaining a faculty position in North America. This may be different in other countries, but the observation is telling.

Further, these metrics only speak to individual publications and not the evaluation of research programs, or their impact on the communities that they seek to serve. In nations such as India, where there is a need for research that addresses society, the usability and impact of applied research becomes important, which is one of the goals of creating IoE. This calls for newer, more holistic approaches to assessment of research quality. At the risk of thrusting another metric on the system, new tools such as Research Quality Plus (RQ+) are now available that involve collecting additional data from stakeholders that the research is supposed to benefit. In other words, how science relates to society and society relates to science is an important consideration in the way forward

Finally, the push for rankings often comes at the cost of teaching quality, but this fresh start provides India the opportunity to break free of this constraint. There are examples of a “teaching-excellence framework” from the UK which ranks universities based on six core metrics of undergraduate education: teaching, assessment and feedback, academic support, non-continuation, employment or further study and highly-skilled employment or further study. This framework makes further progress as it seeks to assess variations in these metrics separately by age, gender, ethnicity and disability.

Building institutions with a singular focus on international rankings seems to have trade-offs with some core goals of education. A study examining the impacts of global university rankings on higher education in Germany, France and the UK found that the shifts in policy towards global competitiveness and excellence, through schemes like the IoE implemented in the 2000s, have resulted in increasing stratification and hierarchy among educational institutions. This shift was especially apparent in France and Germany, nations which historically had a more egalitarian focus on higher education as a public good, provided by many regional universities.

Moreover, the race to maintain international rankings, as seen in universities in the United States, often comes at the cost of student and employee welfare. Several top-ranking private institutions in the United States, including Ivy League colleges like Cornell University and Columbia University do not provide their graduate workers sufficient medical, maternal or child-care benefits, while student unions in many public universities have secured these.

With the focus trained just on twenty institutes in this particular proposal, several hundreds of government universities where tens of millions of India’s youth study are being laid to waste by excessive regulation, lack of  leadership, shortage of teaching staff, inadequate funding, lack of infrastructure and maladministration, especially in smaller cities and towns. This ‘bullet-train’ type solution applied to the education field isn’t necessarily bad, but the lack of transparency seems to only benefit a minuscule proportion of the population in more than one way.

All the authors are early career scientists with post-graduate degrees from eminent research institutes in India.