For Indian Students Planning to Study Abroad, the Second Wave Has Been an Expensive Nightmare

As intricacies of travel bans and demanding visa processes add to anxieties, students stare at giving up prestigious scholarships and positions.

Kolkata: Before the second wave of COVID-19 hit, Rhea Bhansali had in hand an Erasmus Mundus Joint Masters Degree scholarship for an intensive course on hydro-informatics and water science spread across four European countries.

Her first semester was to be at the Universitat Politecnica de Catalunya in Barcelona, in Spain. The course would have been highly adapted to modern day necessities when it came to water ecosystems, requiring field work and also offering access to experts and ground experience in other European countries.

Then came the rise in COVID numbers, which pushed India into red and dark red lists of countries all over the world.

While the Council of European Union’s exempts ‘travelling for the purpose of study’ from the ban, the country Bhansali would need to land in to kickstart her degree – Spain – still does not allow Indians to travel there.

With European universities reopening for in-person learning and with the dangerous clause that stipulates that the Erasmus scholarship will be bestowed upon a student only once in a lifetime with no opportunity for re-application, Bhansali now stares at an immovable roadblock on her career path. She was laid off last year in the US because of COVID-19 and has, since then, concentrated solely on securing this scholarship which she might now have to forego if Spanish policy does not change radically overnight.

She is not alone.

Indians are most in number when it comes to receiving the Erasmus Mundus, Eifel, DAAD, Chevening and Orange scholarships, which puts thousands of recipients at a crossroads not of their own choosing. The situation is only marginally better for the thousands of students who had set eyes on, secured admission and even scholarships to US universities, only to have to keep reeling from entry requirements and visa processing uncertainties.

Also read: Taking up Issue of Indians Unable to Travel to Foreign Countries for Education: MEA

Change.org, the petition host website, is rife with pleas for signatures for causes similar to Bhansali’s. One Kapil Kogata’s petition for ease of entry into Spain for students who have been accepted – scholarship or otherwise – into Spanish universities has over 1200 signatures. The petitions highlight the apparent arbitrariness of individual countries’ policies. For instance, Nepal student Shreya Paudel’s petition to the EU to allow students in (with over 2,400 signatures), points out, “The students from Nepal and India are exempt from the ban in Belgium, Germany, Austria, but can’t travel to the Czech Republic, France, Spain, and more.”

While their problems fall under one umbrella, visa regulations brought with COVID-19 in mind affect each student uniquely.

Bhansali, who has written emails to all manner of authority figures from the EU commissioner to India’s external affairs minister, says, “If I lose my scholarship, I lose another two years of my academic and professional career and I’m set back by at least seven years in a developing country and 5 in a developed country, compared with my peers. Plus, hiring firms don’t accept prospective employees because of their selection in the Erasmus, since they are aware that we will move abroad in the fall.”

While the application for the Erasmus scholarship was free, Bhansali feels that losing it will mean losing returns on the lakhs that she has spent on her education and in gathering experience, both in India and abroad, until now. The automated replies from the Spanish visa portal do not help with everyday anxiety at such a juncture, she says.

The Spanish Embassy in New Delhi tells The Wire that it is aware of the situation but ultimately helpless.

“However, until the current entry restrictions are lifted, they will not be able to travel to Spain with a student visa. These restrictions do not depend on our office or consulate in Mumbai [while the reply was sent from the New Delhi Embassy email address, the mail itself made mention of only the Mumbai office], but we only follow the regulations adopted in this regard by the competent Spanish authorities.

“As soon as there is a modification in this regard, we will process this category of visa quickly and urgently and will try to do the best of our ability so that the students arrive in Spain on time to start their courses,” the consular section of the Spanish Embassy said.

A few hours after this report was published (at 7 am on July 21), the Embassy in New Delhi wrote in to inform that it has reopened appointments for students travelling from India. This does not come with a guarantee of getting a visa, as the Embassy also says, “Kindly note the visa will not be issued for such category until the restriction on entering Spain get lifted but the Embassy will be processing the applications.”

After US consular offices shut down for the second wave, appointments for visas (including student visas) reopened on June 14, 2021, offering hope and unprecedented rush to students looking to travel to one of the most popular destinations for studying abroad in time for the fall semester that begins in late August and early September. 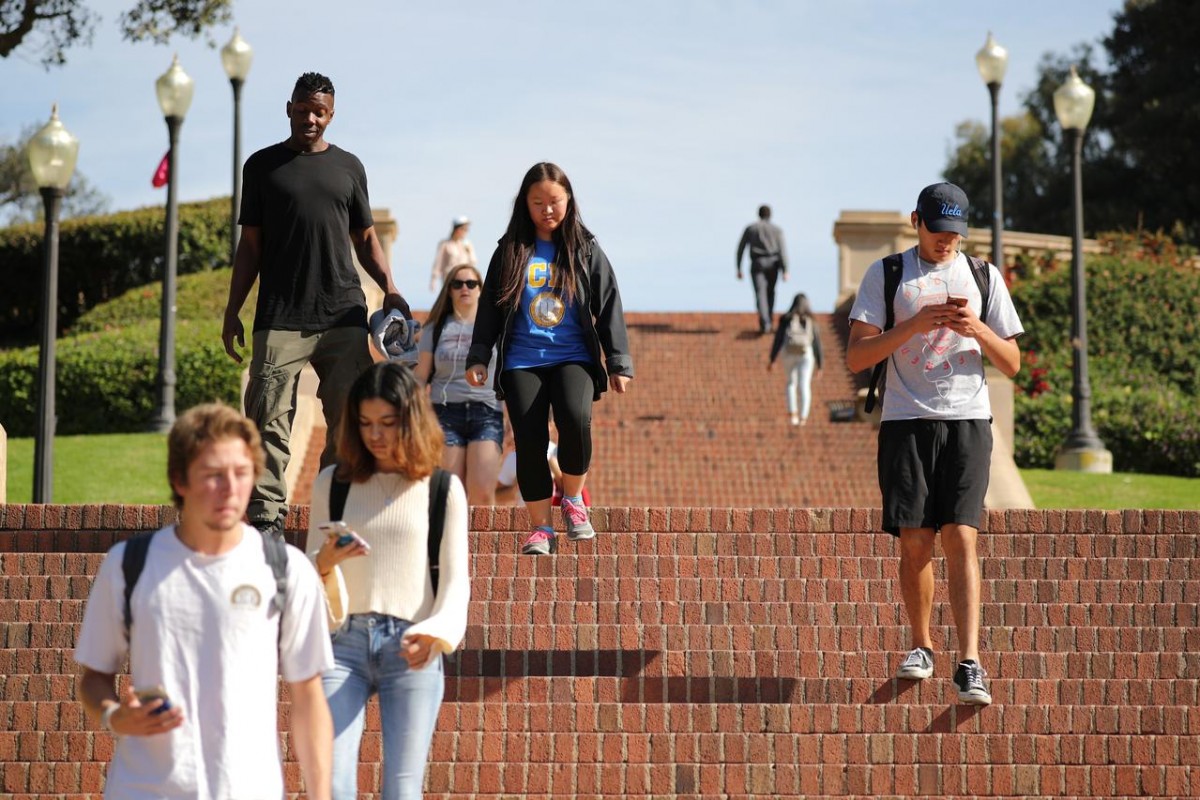 An art and culture journalist who in late May had to turn down an offer from Columbia University’s journalism school tells The Wire that her decision had largely to do with the complete lack of clarity at what was the most crucial point of her decision-making.

“When I got an acceptance letter in mid-March, I was prepared to attend college in person. But as the situation worsened, Columbia started telling us that we could consider attending part of the course online and join when things got better. The course is 9 months’ and really expensive, so I didn’t want to spend that much money just on online studies. Last week of April, I contacted the agency that processes visas, and they said that they are not taking new applications because of the COVID situation,” she said.

Considering her options, the journalist realised that deferring would have meant she would have had to lose her scholarship and would also have to pay the Rs 80,000 admission fee again. “So I just let my position go,” she said.

A few days later, when the visa process began again, students were overtaken by the question of vaccines. While the official line, confirmed to The Wire by a spokesperson of the US Embassy in New Delhi, is that a vaccine certificate is not necessary to travel to the US yet, there was buzz on various universities turning down the Bharat Biotech vaccine Covaxin – yet unapproved by WHO – as a viable one.

“While proof of vaccination is not required to enter the United States, individual schools or institutions may set their own requirements. The US education system operates independently from the federal government, and students should consult closely with their host institution to ensure compliance with individual vaccination requirements,” the US Embassy says.

Vaccine aside, two students pointed out that since visa appointments reopened, the applications portal has been incredibly busy and has been locking students out if they attempt to look for an appointment slot too often.

The US Embassy says this demand would largely have reduced by now.

“We appreciate applicants’ patience during the process. We’ve seen that tens of thousands of students have successfully secured appointments however, and we believe that the demand has leveled out and the website issues should be largely resolved,” it tells The Wire.

However, Srija Biswas, an IIT Kharagpur graduate in metallurgy who had deferred her admission to Stanford University by a year when the first wave hit in 2020, feels that there is a distinct rush.

“Immediately after the appointments reopened [on June 14], I, like many others, tried to book a slot and was locked out for 72 hours. After around 46 hours, when I could log back in, I found that the next available slot was on August 20…I am just glad my university doesn’t start classes until September,” she says. 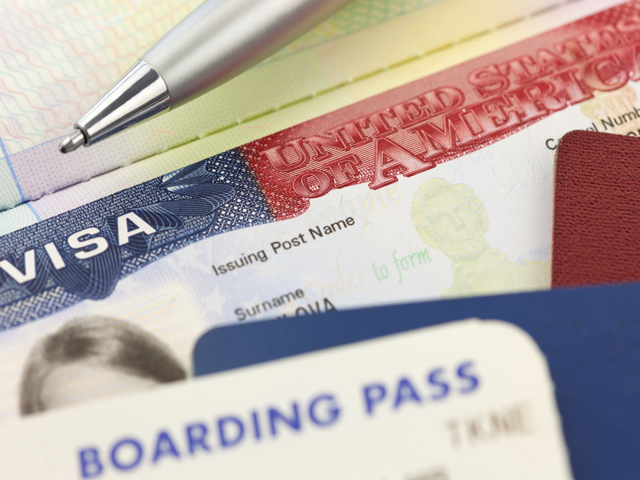 Asked about the number of students who have been offered visas to the US since the process reopened, the US Embassy points The Wire to its statistics portal, which only has numbers till May 2021. According to the breakdown for May, across New Delhi, Chennai, Mumbai, Kolkata and Hyderabad, The Wire finds that 462 visas were issued for student categories (F1, M1, J1 and J2). The numbers for the coming months are likely to reveal the true extent of the rush.

Also read: For Many Indian Students, Their American Dream Is in Limbo

These intricacies of visa situations, coupled with the complete pause on travel for the second wave, has led students down complicated and unique spirals.

Twenty-two-year-old Atri Baksi returned from Canada to India in January 2021, thinking he would go back by early April for a post-degree diploma in marketing. He had spent the last three years in London, Ontario, completing an economics degree. However, the course is online for the first few months and only then does it require in-person attendance for an internship.

But according to Canadian policy, online education is not grounds for a student visa.

“In normal times, I would have applied for a postgraduate work permit which would allow me to stay in Canada and look for a job. While doing that, I would pursue my diploma. But I couldn’t travel back and you cannot apply for your work permit from outside Canada if you do not already have a job,” he says.

The glaring difference of outcome on either side of a foreign student visa is both cruel and reflective of the strength of aspirations that drive applications. With joblessness and debt an alternative to academic and professional success abroad, the process of securing a chance and a scholarship to study on foreign soil – which usually plays out over a whole year – has no tolerance for crushing waves of a pandemic and policy decisions made in its wake.

Note: This article has been updated to add the Spanish Embassy’s communication on reopening of visa appointments.