The CBSE toppers are here, once again, to fuel the incessant cycle of overrated success, ambition and glory. 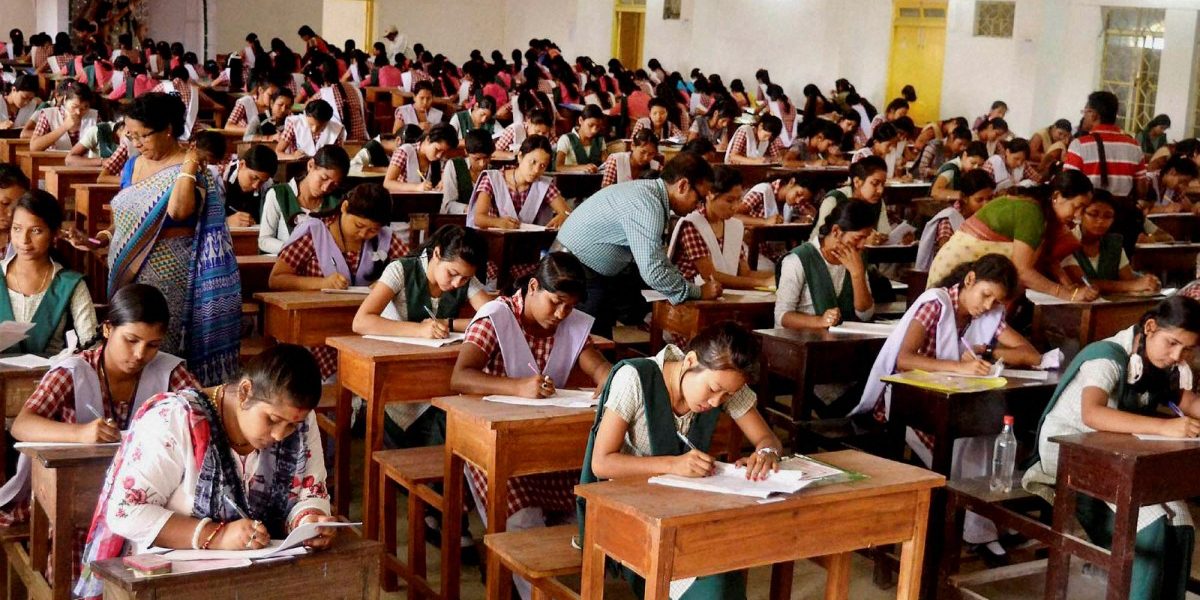 Help me bow my head under the dust of your feet.
Help me submerge all my vanity under modest tears.
May I not project myself in my own activity.
It is your intentions that I carry out in my life.

~ from a song written and composed by Rabindranath Tagore

Yes, the CBSE Class XII board results have come. It is not surprising that in a society that worships ‘success’, the ‘toppers’ are celebrated everywhere. As television channels interview them, and newspapers publish their anecdotes – tales of ‘hard work’, ‘focussed study’ and the ‘inspiring’ role of parents – we further mythologise the statistics of a learning experience, of the quantification of performances – say, 499/500!

Even though there are innumerable stories of ‘failure’ – the accounts of psychological pain, stigma and suicide emanating from ‘poor’ marks in Mathematics and English – many of us refuse to pay attention to this manufactured tragedy: a brutal practice of socio-pedagogic engineering that eliminates people, and kills countless human possibilities.

We would condemn them or, with a sense of pity, offer our ‘consolation’. After all, who cares about ‘failure’? ‘Success’ has always had many friends. And hence, in the coming days, we will know more about these mythical ‘toppers’ – their eagerness to join the IITs, or their ambition to enter the Indian Foreign Services.

As a consequence, middle-class parents will become increasingly insecure; they would compare their children’s performance with that of the ‘toppers’. Hence, if a child gets 97/100 in English, she is likely to be rebuked by her ambitious and insecure parents because they have already been told that the toppers work hard, do not waste time, and score 100/100 in English or Physics.

Yes, poetry would die; the wonder of science would disappear; with ‘disciplinary’ time, even ‘play’ would be experienced as a temporary ‘break’ for renewing oneself to return to the domain of ‘academics’, and nothing would matter more than the fetish of numbers. Even if you love to read the poems of William Blake and Rabindranath Tagore for hours, but do not get 100/100 in English, you are nothing – an idealist fool incapable of understanding the exam strategy.

Amid this celebration of the ideology of ‘success’, one question keeps haunting me: Where do these ‘toppers’ go? Yes, I know they can be found in the IITs and IIMs, they can be seen in the leading colleges – LSR or Stephens and they would further enhance the ‘market’ value of disciplines like Economics, Psychology and English literature. I am also aware that these ‘toppers’ would join lucrative professions, earn a great deal and yes, some of them would eventually leave India – preferring to settle in the US, Canada or Australia – and glamourise the species called non-resident Indians.

Yet, I am not satisfied. The reason is that like Dostoyevsky’s ‘ridiculous man’, I ask strange questions. And these questions emerge from the context we are living in. Let me take three issues. First, ours is a society characterised by an intense hierarchy (traditional caste and gender hierarchy as well as new forms of inequality rooted in the very logic of a neoliberal economy) and associated violence, be it physical or psychic.

Second, ours is a society suffering from a widespread legitimacy crisis: all the major institutions including the judiciary seem to have lost their credibility, and the level of political debate has degenerated into the lowest common denominator. Finally, the cultural domain has become terribly crude and gross. From television soap operas to an addictive social media, from the popularisation of selfishness or the cult of ‘having a mode of existence’ to the rapidly growing ‘spiritual’ market – we are finding ourselves in a society that seems to have lost even the slightest trace of idealism or radical dream.

In such a world, it is easy to be yet another careerist, it is easy to cherish the same ambition that ‘motivational speakers’ or those who sell the package of ‘success mantras’ propagate – an attractive CV, a fat salary, conspicuous consumption and ‘power and glory’. It is easy to avoid all ‘diversions’ – social engagement with the marginalised, political sensibilities and participation in movements for justice and equity. In other words, it is easy to become obsessed with oneself. Long live narcissism.

If the ‘toppers’ too follow the same trend and become loyal conformists, what does it mean? Is it a sad story – a story of the failure of education? Is it the tragedy of ‘success’? Is it the recurrence of social Darwinism?

Sometimes, I ask whether any of these ‘toppers’ would ever like to visit, say, Medha Patkar, and appreciate her story. I ask whether some of them would like to see Ritwik Ghatak’s films and become obsessed.

Or would it ever be possible for them to laugh at their own ‘achievements’ – 499/500, and realise that all that is truly valuable is beyond measurement, and nothing matters more in life than to become ’empty’ because in the substance of nothingness, lies the infinite?