Researchers have so far relied upon school children for evidence of learning deficits in India. But teachers could be vectors themselves. 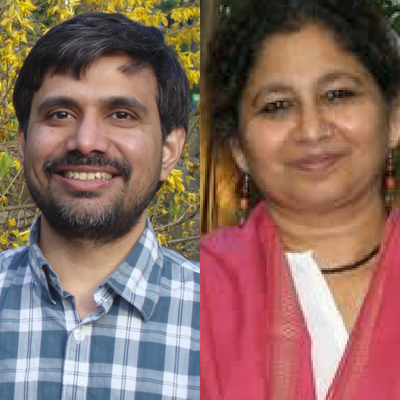 Learning deficits come in all shapes and sizes. In their benign forms, they could be self-correcting, as students adjust to the pace of teaching in the classroom. Or somewhere along the line, an inspirational teacher can make a difference and narrow the gap. However, once they turn malignant, they could end up being auto-immune, striking and crippling parts of the educational systems from where they have emerged. How do learning deficits move through the education systems? Where do they get lodged? What is their lifespan? Unfortunately, our understanding about their dynamic behaviour remains rather sketchy.

Learning deficits are typically associated with progression through schools. Yet, some distortions emerge even before. Till not so long ago, entrance tests were common for admissions to select urban primary schools. As anxious parents waited outside, children would be ushered into the lion’s den – the principal’s room. A panel of teachers would be waiting inside to test them on a wide range of tasks – they would be asked to tell the panel about themselves, write the alphabet and numbers, recite tables. They were also expected to display some soft behavioural skills, the least of which was not to cry under pressure. Many children would manage to survive the ordeal. The cultural capital at home and training at kindergarten playschools (an early version of coaching classes) would make sure they had already acquired skills that should ideally have been learnt gradually at school. For the discards in the selection process, however, it was a case of ‘learning deficits’ even before their learning at school had begun.

As demonstrated from the Pratham-Annual Status of Education Reports (ASER) over the past decade, large-scale deficits do emerge in the course of schooling. Even as students reach higher grades, they repeatedly fail to perform basic reading and arithmetic tasks meant for earlier grades. Poor quality teaching in school has been long considered one of the factors inhibiting learning. Admittedly, school teachers are a heterogeneous community and not all of them are particularly interested, competent or trained enough for the task. But to be fair to the ones who try, learning deficits are far too systemic for them to tackle. We haven’t yet reconciled ourselves to classroom diversities, to variations in the pace of learning among children, to the inclusion of first generation learners in the classroom to be able to handle the subtleties of how learning deficits creep in and stay embedded.

Once the conveyor belt of education starts moving, it maintains a fast clip. Portions from prescribed, standardised textbooks are spread across the time line of unit tests, half yearly and annual exams. Where teachers go about their task of completing the syllabus with religious zeal, they err on the side of caution, concentrating on students who could deliver better results. For a stylised fact, teaching in Indian schools works well for the limited few who do not require much teaching. For the rest, learning deficits become an integral part of their schooling experience. The real question is what happens to the students as well as the deficits moving further.

The curricular gap between the syllabi prescribed and actually learnt could widen year after year. At some tipping point, the student would no longer be able to cope with the gap. Given the steep contraction in the number of enrolments from secondary to higher education in India, such students are more likely to fall aside. At least, that is a reasonable hypothesis. They could either circumstantially drop out or fail to cross the twin hurdles of the Class X and XII public exams. However, our contention is that significant numbers do pass through these filters into higher education. This is where the problem mutates further.

Firstly, coming into higher education, the concentrations of learning deficits get realigned. At the primary and secondary levels, the type of school – government, private-aided, private unaided – becomes an important variable for understanding the sites of concentration. Within schools, there could be internal segregations based on ability-based grouping, where all the better scoring students get pooled together in one division. They could also be made to sit together in class or have separate, additional sessions for them. The low scoring ones, like bad apples, get sifted and placed separately. In higher education, the segregation acquires a disciplinary casing. Barring a few instances, the better scoring candidates opt for sciences and eventually for professional courses. The social sciences or arts streams become the refuge of the low scoring ones, who in all likelihood, come with a history of learning deficits. This gets factored into the education on offer for them. 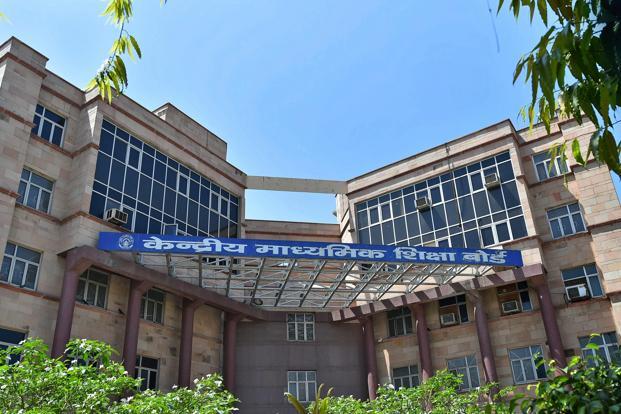 Starting with the public examinations of Classes X and XII and throughout graduation, while teaching takes place in schools and colleges, the examination responsibility is transferred to a centralised authority (boards of education or universities). Credit: PTI

Secondly, the methods for tackling learning deficits in schools are different from what may be needed in higher education institutions. Across schools, the deficits may be systemically widespread. But at the same time, they remain benign, isolated as they are from each other. This is possible because schools unify the function of teaching and assessment. At an individual school level, they have the autonomy to adopt methods to gloss over or dilute the problem – framing questions from limited portions of the syllabus, or providing question banks before exams, liberal marking patterns etc. Starting with the public examinations of Classes X and XII and throughout graduation, while teaching takes place in schools and colleges, the examination responsibility is transferred to a centralised authority (boards of education or universities). Learning deficits thus spill over beyond the containers of school classrooms. The onus now shifts to the impersonalised forms of examination systems to grapple with them. The result: a slow, deliberate watering down of the syllabus and examinations, such that a broader continuum of poor quality gets systemically accommodated and extended.

Particularly within the social sciences, we are presently in a phase of receiving and churning out generations of students who are higher-level versions of the school children whose learning deficits the ASER reports capture. Higher degrees are on offer for lower level skills. How else to explain a case where an elementary algebraic question – 5y=100. Solve for y – first found in textbooks of Class VI resurfaces at a much senior level in a third year BA (Economics) university-level paper titled ‘Quantitative Techniques’? While the question may appear to be an ‘easy’ one, it actually hints at a systemic awareness of the low academic attainments of students who are going to attempt it. The learning deficits in social sciences are a composite of older and newer ones. The deep-rooted deficits in maths and language-based skills continue to exist, even while newer ones pile on in the course of (2+3+2) years of apparent subject-related ‘specialisation’.

The results of a survey we conducted of postgraduate students of economics in a reputed state-run university provide a glimpse of this continuum. In the section on maths, students were asked elementary questions from the Class VI textbook of the Maharashtra State Board of Education, covering integers, subtraction, percentages, squares, fractions and algebraic equations. In an uncanny resemblance to the ASER school surveys, only 11 out of the 200 students could answer all of them correctly. In the section on economics, the students didn’t fare any better. Only two students could give a roughly correct estimation of India’s GDP. The rest were off target both in value and in units, with answers ranging anywhere from “one dollar” to “6%”. The basis of these answers could be traced to popular discourses of economic numbers. The ‘one dollar’ figure was sourced to a memory of the international poverty line from the World Bank; the ‘6%’ answer was a case of mistaking the growth rate for the GDP. In an example of how the lack of basic numerical skills hinders economic understanding, the students knew that India’s GDP comprised of primary, secondary and tertiary sectors. But they hadn’t grasped that cumulatively, they should add to hundred percent. In many answers, the summation went far beyond. As if these results were not disturbing enough, the worst may yet be upon us.

A sizable chunk of students in the survey were aspiring for academic jobs. Some of them were planning for doctoral degrees, while others were applying for B.Ed. admissions. In doing so, they would not only prolong the lifespan of learning deficits but also put them in a self-sustaining mode by closing the loop between education and employment. So far, while scouting for learning deficits, researchers have relied upon school children for evidence. But teachers could be vectors themselves. Establishing their deficits though could be far more difficult methodologically. School children are a naive lot, co-operating with researchers to expose themselves. Teachers may not be so gullible, whatever their levels of ignorance may be.

Note: This article draws upon our paper ‘What does an MA Know: Post-graduate learning deficits and the diploma disease in social sciences’ published in Economic and Political Weekly, Vol. L. No. 31, August 1, 2015, pp. 40-48.