Exams and the Pandemic: Who Is Afraid of 'Losing a Year' of Education?

We are dealing with an issue which goes beyond the simple question of the need to defer the JEE and NEET exams in view of the pandemic, and the consequent danger to the lives of students. 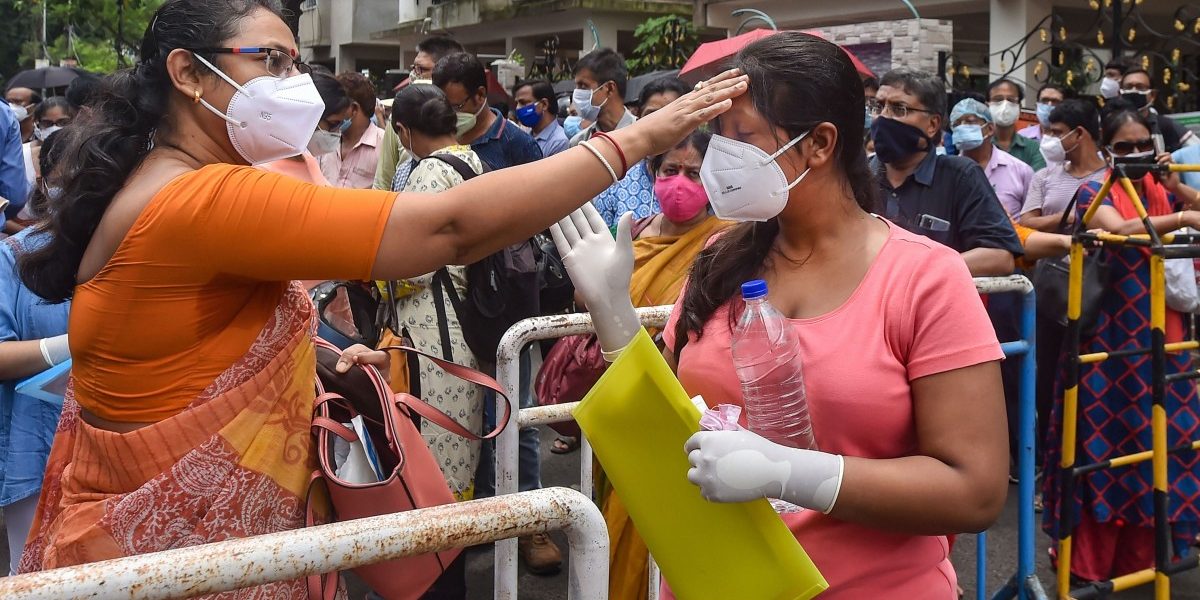 A NEET aspirant seeks blessings from her mother outside an examination centre, in Kolkata, Sunday, Sept 13, 2020. Photo: PTI

And, in time, the entire mystery of how neoliberalism operates became codified in the deliberations on unlocking – its phases, the components of each phase, attendant gains or costs, in brief, its precise operation.

If one were to understand capital as a process, by which I mean its operation, one needs to study unlocking – unlocking the economy, cities, workplaces, transportation, schools and colleges; unlocking the stalled academic examination processes, religious ceremonies; and indeed unlocking life that is supposedly locked by virus-afflicted time.

The issue of reopening of schools and colleges throughout the neoliberal world, and certainly India, is especially instructive.

During the COVID-19 pandemic, the phrase “social distancing” – both imaginary and real – has appeared to be the crucial question of life, so much so that every collective space must now be configured in terms of individualised safety that will hereafter restructure social relations.

The same is true of the holding of examinations, which has occupied central space in the debates over the Union government’s determination to hold exams in the field of national “technical” education – medical, engineering, computer sciences, business administration, biotechnological sciences, etc. – despite the pandemic.

The debate again is perched on the issue of safety of life (of students). Against the issue of life is posed the need to continue the academic calendar as the core of educational activities.

As the judges famously asked, “How long shall we wait for the coronavirus to pass over?” “Education should be opened up. COVID-19 may continue for a year more. Are you going to wait for another year? Do you know what is the loss to the country and the career peril to the students?” asked a judge.

The court, therefore, refused the petitioners’ plea to postpone the NEET and JEE examinations.

Thus, amidst the COVID-19 crisis of life, life must go on. This double invocation of life merits attention: one invokes the safety of the individual body, the life; the other invokes neoliberal life – the world of production of skills.

Indeed, we are not allowed to forget that it is precisely the technical education that has occupied the centre of controversy. The opposition chief ministers (of West Bengal, Punjab, Rajasthan, Jharkhand, Maharashtra, and Chhattisgarh) could not meet and stage a united protest on the issue of migrant workers. But, with grace, they at least joined in their urge to save lives in the wake of these massive “national” educational tests. 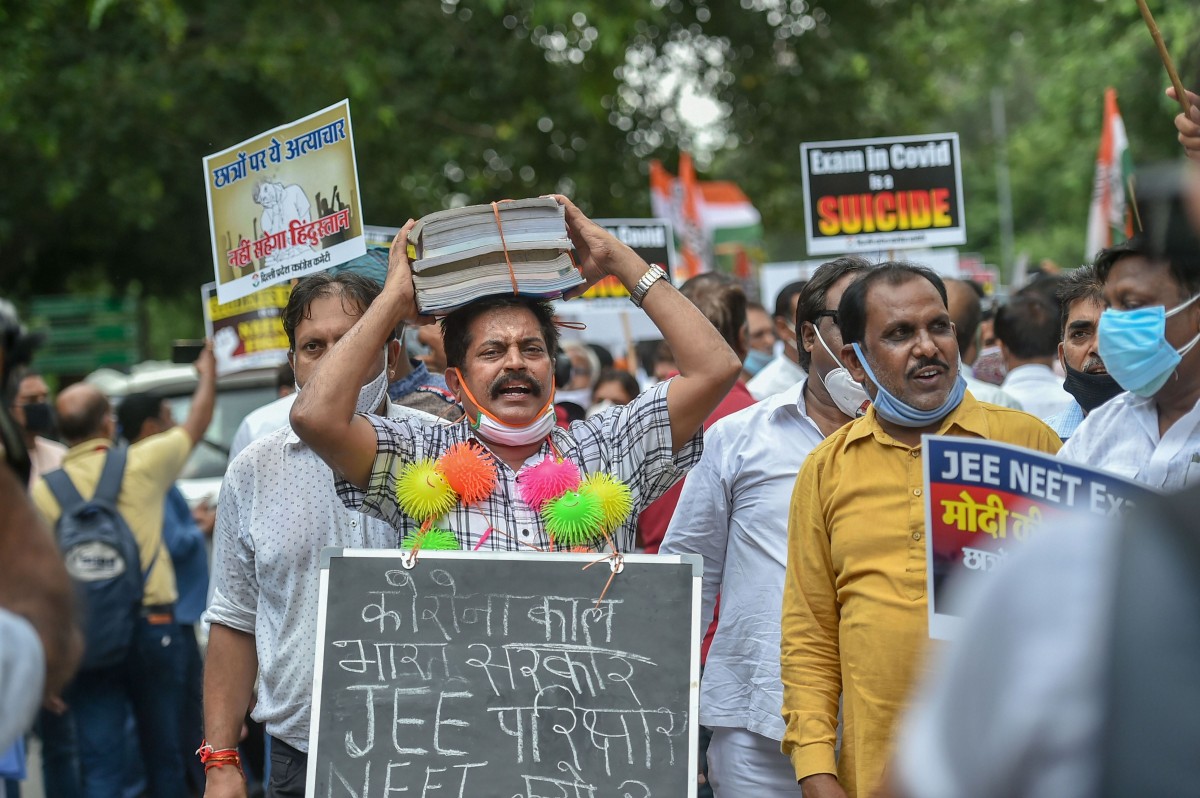 This was done to assess the competency of candidates for admissions to premier higher education institutions.

The NTA is responsible for conducting the Joint Entrance Examination (JEE) Main. Admission criteria to undergraduate engineering programmes at NITs, IIITs, other centrally and state-funded technical institutions, and other institutions is subject to “national” eligibility tests, leading up to admissions to the undergraduate programmes offered by the Indian Institutes of Technology (IITs).

Nation making from German philosopher Johann Fichte’s time has drawn on the educational enterprise of society.

The prime minister’s call to the country to be a self-reliant nation could not but have an educational thrust – not aesthetic education, or inculcation of a scientific spirit, or an education of how to live with and learn from nature, not even learning to detach the self from immediate worries and be dialogic with other selves – but a technical thrust, a managerial edge, with which the nation would become rich, mighty, and successful in business, trade, and commerce, and rub shoulder to shoulder with the high and mighty, featuring in, say, the Shanghai rankings.

It is, therefore, not the classic thrust on education that nationalism always had, or what the nation gave in the anti-colonial time, but the call of a neoliberal time.

Fichte had addressed Germans defeated at the hands of Napoleon, calling for a renewal of their spirit and character. The Germans had lost the physical battle.

Why had Germany come under the dominion of Napoleon?

Several factors were behind this, all of which had led to the softening of beliefs. The educational system had failed Germany. Only with a total revision of the method of educating children could Germany hope to reawaken: a total change of the existing system of education.

Like Fichte, our national leaders are in a hurry. The nation cannot afford to lose a year of education. COVID-19-related deaths along the way are collateral damage.

Yet there is more at stake in this insistence, evident in all quarters of the establishment, on not losing time – losing not a day, a month, forget a year in the academic calendar.

New technology has transformed quarantined units into socially productive units for the market, and social distancing in the field of education has become a new tool of neoliberal education.

Online education now is more than being purely complementary to traditional classroom education. As a mechanism of distance learning it heralds new frontiers of accumulation. Think, for instance, of the bank loans for educational purposes. A delay in the examination schedule is like a delay in loan repayment. Perhaps it is a delay in futures trading.

“Social distancing”, therefore, must combine with the regular holding of examinations, strict academic calendars, and a set pattern of job recruitment – particularly in technical and medical education. The circulation of capital in social fields, such as health and education, must not stay idle.

This is only the beginning. COVID-19 will enable the state to restructure the social field as a part of which a restructuring of education will be accomplished. The nation cannot lose time in the academic calendar.

We are thus dealing with an issue which goes beyond the simple question of the need to defer the JEE and NEET examinations in view of the pandemic, and the consequent danger to the safety and health, and lives of the students, or say, of unequal access to internet connectivity and bandwidth, or the problems of long-distance assessments on the basis of protocols of offline examinations.

Also read: COVID-19: A Summer of Struggle and Innovation for Educators

We are faced with a commodity called education, whose immaterial character is one of the sources of the neoliberal economy. The court’s insistence on holding exams is only the other side of the growing phenomenon of online education based on new technology and the newly opened up space called social capital.

Skill is an extremely important factor in this restructuring process.

Recall the right to education ensured by the Constitution (86th Amendment) Act, 2002, inserted in Article 21-A, to provide free and compulsory education to all children in the age group of six to fourteen years as a fundamental right.

The right of children to free and compulsory education, enabled by the Act of 2009 represents the consequential legislation envisaged under Article 21-A, and it means that every child has a right to full-time elementary education of satisfactory and equitable quality in a formal school which satisfies certain essential norms and standards. 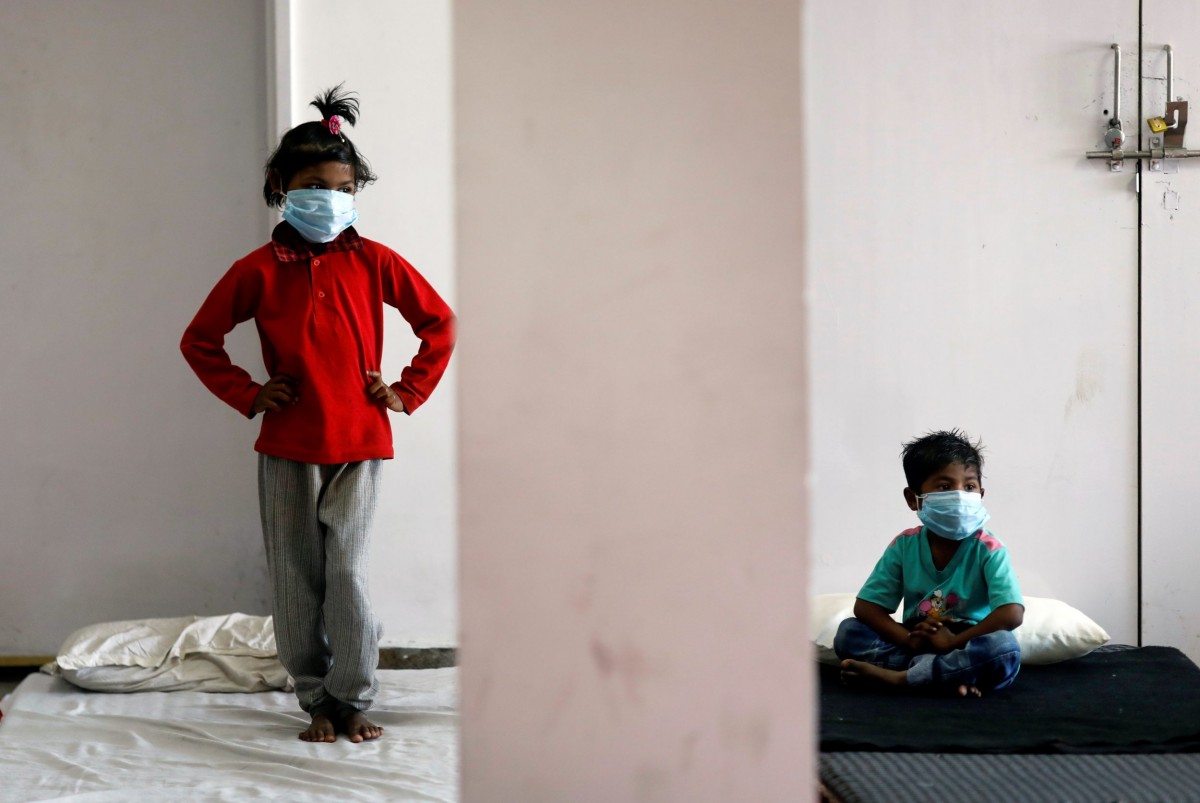 Children of migrant workers wear protective masks inside a sports complex turned into a shelter, during the nationwide lockdown to slow the spread of the COVID-19, in New Delhi, India, April 4, 2020. Photo: Reuters/Adnan Abidi

The Supreme Court verdict rejecting the plea by chief ministers of opposition-ruled states for postponement of the all-India examinations, therefore, will not allow us to forget that these examinations will produce students as workers; that they will have to be readied for their entry in the labour market.

The production of new, skilled labour to be deployed in the processes of production is necessary. The need for educating the children of migrants is not linked to the aforementioned skill development, because in the latter case, labour will be always ready at hand to be deployed anywhere, anytime, according to the needs of the neoliberal economy, in the informal processes of production, such as construction, artisanal and small scale mining.

The so-called “national” concern for education is mediated in this way by a grid of technical educational institutions structured in ranks, and aimed at producing future workers with uneven skills, unequal wages, and differential access to labour market. 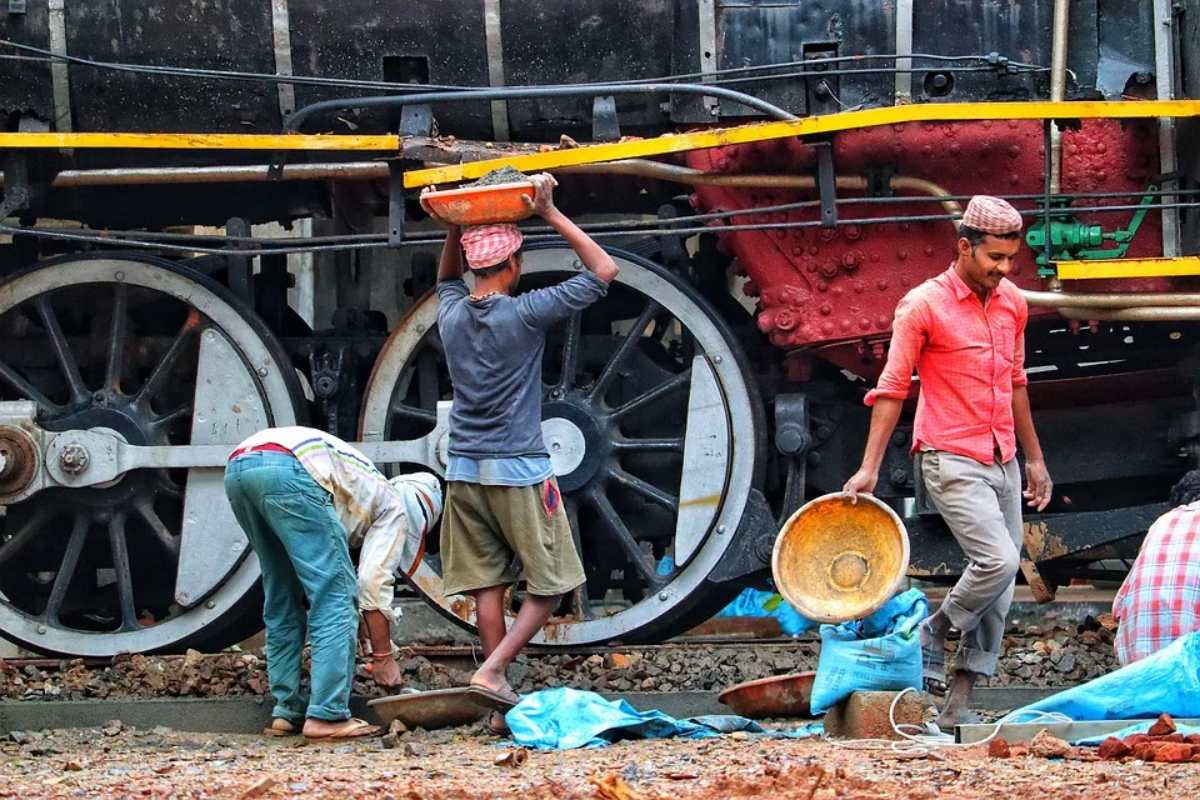 Online education deploying best technologies, an iron schedule of entrance examinations (brooking no delay whatever may be the justification – such as an epidemic or a famine) for technical education, and standardised syllabi and programmes in response to the needs of a global labour market – these three components of a neoliberal education policy feed on each other.

They make what we call “the national”. It is national because the entire country must be linked in a network of artificial intelligence-driven smart material as educational content, remote surveillance, tailored lessons, and digitised text books. The nation will be objectified in a country-wide technological mission to reorient education.

The process also involves a struggle over disposable time. How could the exams be postponed, as if the leaders in Delhi and the court were arguing, for would not a postponement mean greater disposable time for teachers and students? Who will pay for this disposable time?

More importantly, who will control the disposable time? This, of course, is a life-question. Therefore, the opposition chief ministers were only clutching at straws when they did not put the question of right to life squarely in their appeal.

Yet we must be fair to them. After all they – I mean the states – spend greater than the Centre on education for university, school, and technical education. For instance, the UGC spends little. Yet as regulatory authorities, the UGC and such other bodies regulate conditions of life.

But is it not an irony that the states – more than these Central regulatory institutions – were concerned with the perilous condition of life today? They wanted to protect life.

Perhaps there is some ethical strain in what we call the populist sense of economy. And this is how, if you like, the politics of life unfolds: sympathy for the epidemic-stricken people, and hence, desperate pleas to stop the juggernaut of capital to give life a respite, and on the other hand the enunciations from the oracular god of management and law to unlock the economy that holds life captive to it.

Ranabir Samaddar is Distinguished Chair, Calcutta Research Group, and can be reached at ranabir@mcrg.ac.in.