A faculty member and a fellow from IIM Bangalore have written to directors asking them to address the serious lack of diversity among both staff and students. 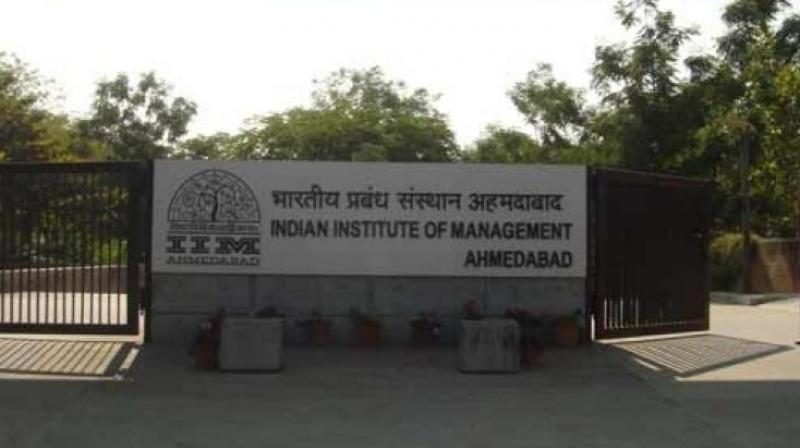 New Delhi: A faculty member and fellow from Indian Institute of Management (IIM) Bangalore, who have been highlighting the serious lack of diversity at IIMs through their work and publications for months now, have written to the directors of all IIMs and the Ministry of Human Resource Development asking that the issue and possible action be discussed.

In their research, Deepak Malghan and Siddharth Joshi pointed out that of the 512 IIM faculty members they could gather information on, only two were from the SC category and there was not even a single ST. They trace this lack of diversity back to the post-graduate programmes at the IIMs – most faculty members have done the postgraduate from an IIM.

Highlighting this in their letter to the directors, Malghan and Joshi have said:

“As part of your packed agenda for the IIM Directors meeting on August 28th 2017, you are also slated to discuss the doctoral programmes at IIMs (currently called the Fellow Program in Management, or the FPM). We want to bring to your attention years of willful circumvention of constitutional mandates and statutory provisions governing admissions at public institutions such as IIMs. FPM admissions have for a number of years turned a blind eye to questions of diversity and social inclusion. One direct consequence of the IIM FPM programmes not making a concerted effort to recruit a socially diverse doctoral student body is the utter lack of diversity on the faculty bodies at various IIMs. Of the over five hundred faculty members at IIMs where data is available, only two are from the SC group, and reportedly IIMs currently do not have any representation from the ST group on its faculty. IIMs are not only “consumers,” but also “producers” of management faculty. A third of all current IIM faculty members received their doctoral training within the IIM system. This proportion of IIM-trained faculty will only go up in the next several years as newer IIMs expand their faculty and the FPM programmes themselves expand (as discussed in the IIM Directors meeting with the HRD Minister, Shillong, September 2016). Had IIMs paid attention to questions of diversity and inclusion in the FPM programme, the acute diversity deficit on the faculty bodies would have been surely less stark.

…we urge you to initiate immediate ameliorative, if not corrective actions. The IIM Bill when passed by the parliament will offer unparalleled autonomy in crafting creative solutions to address the extant diversity deficit. The normative underpinnings of the new legislation assumes that IIMs can fulfill their role as exemplary public institutions without the overbearing weight of state-designed straitjacket solutions. A continued silence on diversity and inclusion will constitute a direct betrayal of this trust reposed in IIMs by the Indian society.”

By Malghan and Joshi: IIMs Have a Dismal Diversity Record – and the New Bill Isn’t Going to Fix That

Speaking to The Wire, Malghan said that the publicity their research received forced the IIM management to take notice of the diversity issue – especially after the MHRD put pressure on them. “This is a complex problem and it would be foolhardy to expect action in the immediate future. This is only one of the most egregious symptoms of a deep underlying disease – the shrinking of the public university. Until IIMs see themselves as public institutions with an implicit as well as an explicit social contract, we are unlikely to see any progress beyond rhetoric,” Malghan said.

The MHRD wrote a letter to all 21 IIMs on April 19, 2017, urging action to address the lack of representation of marginalised communities and also suggesting immediate steps that could be taken, such as assessing the number of faculty members from SC/ST/OBC categories, having more fellows from SC/ST/OBC categories, a special recruitment drive once a year and so on. However, Joshi told The Wire, an RTI response he received from the MHRD dated July 24, 2017 said that so far it had received responses from only two IIMs. “The rest have not bothered to respond even three months after this letter,” Joshi said.

The IIM Bill, the authors have argued, offers an opportunity to do something about the diversity problem that his been ignored for decades, if used properly. “The new IIM Bill can be used in two different ways. It allows unprecedented autonomy (that I greatly support – universities are not and should not be organs of the state) to individual institutions. This autonomy can be used to forge creative solutions to several conundrums including those surrounding diversity and inclusion. This autonomy can also however be used to do nothing at all. The real question that we confront is how do you get these public institutions to act in the public interest? All available evidence suggests that unless there is consistent pressure from the outside, these institutions are likely to further recede from the public sphere,” Malghan said.

Note: This story has been edited as the previous version said the faculty data pertains to 213 faculty members. It in fact refers to 512.