If 'Study in India' Is to Be a Hit, We Must Get Right What China Has Perfected

IIT graduates may enjoy a healthy reputation in Silicon Valley but that clearly has not made the IITs sufficiently attractive for prospective foreign students. 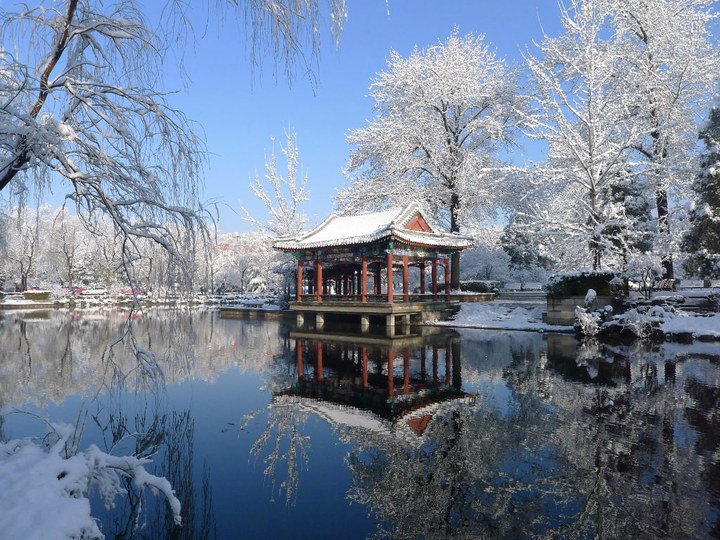 Pushkar
Education
The Sciences
15/May/2018

This is the first of a two-part essay.

Learning from China’s emergence as a global higher education hub

The Indian government recently launched the ‘Study in India’ website to attract more international students to local universities. In 2016, there were only 47,755 foreign students in the country. The government’s goal is ambitious: to increase that number to two lakhs over the next five years. To put things in perspective, China had over 4.4 lakh foreign students in 2016 and ranks third in the world, behind the United States and the United Kingdom, in terms of numbers of international students.

India has some advantages that China did not when it first started to woo foreign students. For example, a large number of Indian universities offer courses and instruction in English. This was not the case for Chinese universities two decades ago, when many of foreign students went there to learn Chinese. However, today, there are many more courses being taught in English by faculty members from around the world to serve international students better. India’s ‘English advantage’ has not served it well. There are other factors at play.

Given the remarkable success of China in attracting foreign students, it is necessary for Indian government officials and university administrators, to the extent that they are invested in making ‘Study in India’ a success, to understand China’s success story and learn from it. But it needs to be said that there is no question of India ‘catching up’ with China in the distant future. China is too far ahead, and India’s success will depend on how ‘Study in India’ is executed by the government and the universities themselves.

China announced its goal of becoming an international education hub in 2012 with a target enrolment of five lakh international students by 2020. By that time, a growing number of foreign students had already started to head to China since its universities were gaining international recognition in global rankings. But in addition, the government’s efforts to bring in more foreign students through generous scholarships and other incentives also made a difference.

What is also interesting is that, since 2012, the number of foreign students majoring in education, science, engineering, and agriculture at Chinese universities has doubled while the share of those studying Chinese language has declined. The total share of international students seeking higher-education degrees has jumped from 55,000 in 2006 to nearly 210,000 students in 2016. What these numbers convey is that China’s universities are increasingly recognised for their strong STEM departments.

Another aspect of China’s ‘superpower’ status

While over 50% of China’s international students come from neighbouring countries, such as South Korea, Thailand and Russia, there are many Indian students there as well. Students from India make up for just over 8% of total foreign students in China. Earlier, most headed there for medical education but now a growing number are going to China for engineering. Today, there are just over 18,000 Indian students in China, already more than those in the UK.

The global rise of Chinese universities is not accidental. Since the mid-1990s, the government has poured an enormous amount of resources into its elite institutions. Deliberate and concerted efforts were made to lure overseas Chinese scientists and researchers to work at these universities with handsome salaries, modern labs and other benefits. In sum, the rise of China as a great power, but with it also the emergence of several reputed universities, has made the country increasingly attractive to foreign students.

India is at a disadvantage in this respect. While the country has done well in terms of economic growth since the 1980s, even though not quite as well as China, it has remained many steps behind in developing its higher education sector. India has simply not devoted sufficient attention or resources to improving the quality of education at its universities. Unlike China, it has also not been very successful in bringing foreign-based faculty and researchers back to Indian universities.

As a result, with the notable exception of the Indian Institute of Science (IISc) and a few older IITs, the performance of Indian universities is quite unremarkable in world university rankings. IIT graduates may enjoy a healthy reputation in Silicon Valley but that clearly has not made the IITs sufficiently attractive for prospective foreign students.

The second reason for China’s success with foreign students is its policy of creating and nurturing the conditions to make the country and its universities attractive for foreign students. There are two areas which merit special attention from India’s perspective, but otherwise as well.

First: China offers generous fellowships to students from abroad. This has reduced the cost of education for foreign students at Chinese universities. In 2016, 40% of all new international students received sponsorships from the Chinese government. Second: the government has also created the necessary infrastructure on university campuses to make international students sufficiently comfortable for them to consider long-term stay.

These measures have been very successful. Three-fourths of the 4.4 lakh international students in China attend long-term programmes (i.e. of more than six months duration). Nearly 97% of the 18,171 Indian students in China are long-term students. Clearly, foreign students – including those from India – are satisfied with the quality, the cost of education and with their living conditions.

The Indian government is aware that affordability will go a long way in attracting international students. As Prakash Javadekar, the Human Resource Development minister, stated at the time of launching ‘Study in India’, “India can become a hub of affordable education for foreign students.” To that end, the government announced that 55% of the total of 15,000 seats on offer at the top universities and colleges will be supported by merit-based fee-waivers at differential rates to students from Asia and Africa. Government officials and higher education officials are also hopeful that India’s ‘Institutions of Eminence’ (IoE) initiative – which will identify 10 ‘best’ public and 10 private institutions – for special support will improve the quality of education at these elite universities and make them sought-after by foreign students.

India has to certainly do more and better to make its universities liveable for foreign students, especially for those who may be coming from poorer countries. Larger campus-based good universities in tier I and tier II cities – because they are more likely to be attractive options for foreign students – should improve accommodation facilities for their students, domestic or foreign, as also their dining, sports and recreation.

Chinese universities have worked hard to revamp residential facilities for both their students and faculty to make foreign students (and international faculty) more comfortable so that they are encouraged to spend longer periods of time in China. The Indian government should not to assume that since the bulk of foreign students to India are likely to be from low-income countries or from non-Western countries, it can simply offer them third-rate living conditions. If the government is serious about making ‘Study in India’ a success, it must take these ‘smaller’ issues quite seriously.

India can learn much from China’s success with students from Africa in this respect. Between 2003 and 2016, the number of African students in China increased from 1,793 to 61,594. In the same period, the numbers of African students in India declined despite geographical proximity and historical antecedents of students from Africa choosing to study in India. The decline has been due to a variety of reasons, not the least of which is racism. It is also because Indian universities, including private ones, tend to be casual about the living conditions of students or faculty.

China’s impressive record in attracting a growing number of foreign students is linked to its success in building world-class universities and providing affordable education. China’s universities have also adapted themselves well – from offering more courses in English and improving living conditions for students and faculty – to become more appealing to foreign students from beyond Asia. But can India emulate China? What are the other things that China and Chinese universities have done right?

The second and concluding part of this essay will examine other factors for China’s emergence as a higher education superpower.

Pushkar is director, The International Centre Goa (ICG), Dona Paula. He tweets at @PushHigherEd. The views expressed here are personal.