The survey, spanning 1,200 households in the state, mostly covered students from Scheduled Caste and Other Backward Classes communities. 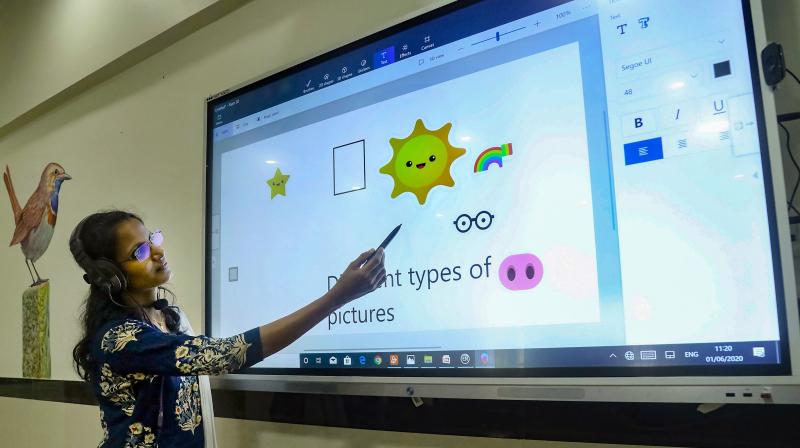 New Delhi: A survey by activists and academics that covered more than 1,000 households in Haryana has found that only 14.1% of students from Class II to VI are studying regularly through the online mode while close to 86% “found it difficult to study online due to various reasons”.

According to the Indian Express, the survey was conducted by the Haryana Gyan Vigyan Samiti between August 16 to 24.

Its joint secretary Suresh Kumar told the survey was conducted in as many as 120 villages and 47 urban colonies spread across nine districts of Haryana. Nearly three-quarters of the students came from Scheduled Caste (42.3%) communities and Other Backward Classes (31.8%) communities.

Among the students who were surveyed, more than 75% went to government schools, while 24.3% went to private schools and 0.3% went to madrassas.

The Samiti’s secretary Pramod Gouri told Indian Express, “During the survey, the parents said their wards had lost interest in studies and that necessary learning skills attained before the lockdown have gone. The children played all day long while their parents went to work.”

The parents said online education was “neither accessible nor feasible” and they would prefer it for them to go to school on a daily basis. A majority of parents were also of the opinion that “classrooms were the places where children could learn.”

Additionally, the survey also found that 33% of parents reported that their wards did not get food grains or cash in lieu of mid-day meals during the COVID-19 lockdown. “We express concern on the fate of these underprivileged children as online education cannot be an alternative for the marginalised sections of the society. If adopted, this mode of imparting education would create a digital divide in the country,” Gouri told the Indian Express.

The newspaper reported that the survey’s results largely align with an earlier one conducted last year by Haryana’s education department. The government survey had found that 85% of parents whose kids were studying in Classes X and XII were in favour of reopening schools from September 2020 despite the pandemic.

A field study by the Azim Premji Foundation found that children have lost or forgotten some foundational abilities. It said 71% of students in Class II have lost reading fluency, potentially leading to adverse impacts on future generations.

From the beginning of the pandemic, it was evident that the urban-rural divide and the digital divide had impaired the ability of many students to attend online classes. While classes were briefly reopened last year, they were once again shut during the second wave in April and May this year.

Governments have been wrestling with the dilemma of whether schools should be reopened or if they should remain closed to keep children safe. Some states have allowed students from middle, high and senior secondary schools to return to physical classes from July this year, while the schools for class IV and V were reopened from September 1 this year. In many states, physical classes are not mandatory but optional.