A Daughter Silenced, Does Only One Person in India Have the Right to 'Mann ki Baat'?

In response to the rape threats issued on a public forum against Gurmehar Kaur, the government and its ministers ought to have clearly come out in support of the young student. They did exactly the opposite.

One of the placards Gurmehar Kaur held up as part of a 4 minute video she made in April 2016. Credit: Voice of Ram 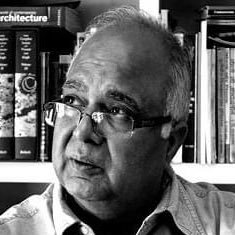 Finally, they managed to silence Gurmehar Kaur. Amidst rape threats, Kaur announced she was pulling out of the ‘Save DU Campaign’ which was initiated in protest against the violence of the Akhil Bharatiya Vidyarthi Parishad on the campus.

The announcement she made is distressing. In a country where we need slogans of ‘Beti Bachao‘ to protect the girl child, where a girl does not have basic rights to life and education and is not allowed to speak her mind, Gurmehar Kaur has displayed extraordinary talent and courage. Last year, in a 4-minute silent video posted on social media, she used a series of placards to call for friendship between India and Pakistan and for Hindu-Muslim unity.

Gurmehar Kaur’s father, Captain Mandeep Singh, was martyred during a counter-insurgency operation in the aftermath of the   1999 Kargil War. In her video, she recalled how she used to hate Pakistanis and Muslims but later, at her mother’s urging, realised that her father was a victim of war, of hatred between nations. She learnt to let go of her hate and became a ‘soldier of peace’.

Kaur’s determination to speak her mind was on display again soon after the violence at Ramjas College by the ABVP over the participation of JNU students Umar Khalid and Shehla Rashid in a seminar on campus. She posted a picture of herself on Facebook holding a placard that read “I am not afraid of ABVP”.

The ABVP is the student wing of the Rashtriya Swayamsevak Sangh, parent organisation of the BJP, and the rebellious attitude of this 20-year-old invited a hate-filled response from a section of this ‘parivar’. She received death threats and rape threats. Never before has student politics touched such a disgusting new low.

In response to the rape threats issued on a public forum, both the ABVP – who say they are upholders of knowledge and national honour – and the government too ought to have clearly come out in support of the young student. More so, because Kaur is the daughter of a soldier who had laid down his life for this country. Gurmehar does not need pity but surely she deserves the support of society and the government.

But instead of supporting her, the government issued statements which objectively favoured those who were threatening her. Union minister for home Kiren Rijiju asked in a tweet, “Who’s polluting this young girl’s mind?” Finance Minister Arun Jaitley, a former leader of the ABVP himself, painted the students protesting against the BJP’s student wing as ‘separatists’. A BJP MP, Pratap Simha,  accused Kaur of taking an “anti-national stand” and said she was worse than the underworld don Dawood Ibrahim.

Telecoms and IT minister Ravishankar Prasad conceded that the trolling of Gurmehar Kaur was not right. But he was quick to add that Rijiju had not said anything wrong.

Although Rijiju tried to defend his earlier statement by issuing a clarification, he has stirred the pot again by saying that he was merely speaking against “the Leftists who celebrated when Indian Army soldiers were martyred in the 1962 (Indo-China) war, and raised anti-national slogans.”

Also read: ‘We Beat Teachers Too’: True Confessions of an ABVP Footsoldier

Whatever gloss they may try to put on their words now, it is clear that the aim of these ministers and BJP leaders was precisely to target the students participating in the protest against the ABVP’s violence – most of whom are not even leftists –and brand them all “anti-national”. The tone is similar to that used by the ABVP during the JNU row last year, and again at Ramjas college when they attacked students as well as teachers.

This is the same so-called ‘nationalism’ that the ABVP put on display at Hyderabad University last year when Rohith Vemula was pushed to commit suicide or when it has unleashed its hatred and violence at other campuses across the country.

Have BJP leaders and the governments they lead ever given a thought to how promoting such behaviour on campuses is going to shape university education? What kind of India are they creating by stifling the open expression and exchange of ideas?

The strategy of branding every act of resistance as ‘anti-national’ and using the police to protect those who resort to violence is clearly aimed at demoralising progressive students and strengthening the ABVP.

The Delhi Commission for Women has asked the police to file a case against those who issued rape threats to Gurmehar Kaur. The home minister also urged the police to take action, but the police is yet to act.

The reaction of ministers has only encouraged various elements of the RSS. Gurmehar has now been subjected to further vilification. Allegations are being made about her links to a political party. Even if it were true, how does it matter? Why is political affiliation acceptable for supporters of one party but not for others?

The martyrdom of Kaur’s father has also being dragged into the controversy. Trolls question whether he was really killed in Kargil, or was it in Kupwara. What purpose does this serve except causing extreme emotional trauma to Kaur and her mother?

Unfortunately, it is futile to have such expectations of the current government. It identifies with the so-called ‘nationalists’ who are breaking the law and is least interested in delivering good governance.

There can be no rule of law in a situation like this. Given its current policy and mentality, hate, violence and threats will rule.

As the saying goes, ‘Saiyan bhaye kotwaal, ab dar kahe ka!’ – When the police is in your  pocket, there’s nothing to fear.