A large number of economically disadvantaged people appear to have missed a chance to benefit from a provision in the Right to Education policy. 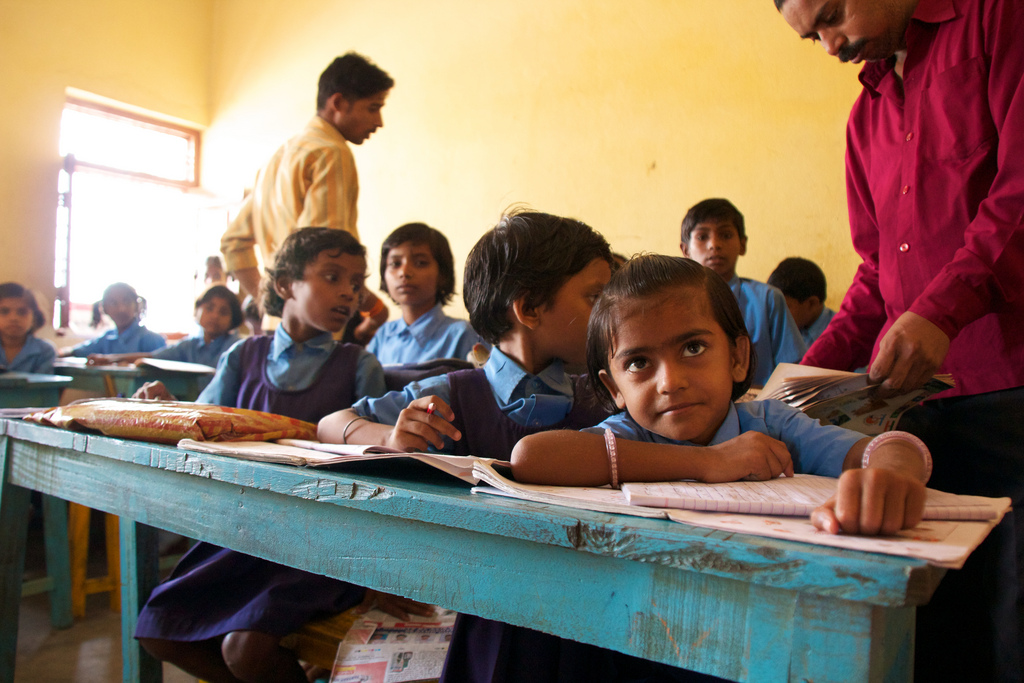 The Right to Education Resource Centre at IIM, Ahmedabad has since 2014-15 been involved in on-ground awareness programmes, disseminating information related to the provision in section 12(1)(c) of the Right to Education Act (RTE). This section mandates 25% reservation in all private unaided schools for children from socially and economically disadvantaged groups.

In the absence of any official government helpline, for over three months – from November to February – we received calls from hundreds of people who mistook us for a government helpline. Before the start of the application process callers were seeking basic information about the policy, which we were able to provide.

On February 21, following months of anticipation, the application process was finally rolled out. This year, for the first time, the Gujarat government has made the application process for admission under section 12(1)(c) of the RTE Act available online. This is a positive move towards greater transparency. However, it was done with little warning, resulting in unprecedented problems for applicants who found themselves grappling with an unfamiliar process.

Among the many complaints that our callers made, a major and recurring one was regarding the exclusion of people from the general caste category that were not BPL card holders.

According to the Gujarat government rules for implementing the RTE section 12(1)(c), people in the following categories can seek admissions to private schools under the Act:

Over the last three years, however, the Gujarat government had accepted forms for children belonging to the general category whose families did not have BPL cards but whose annual income was less than Rs 68,000 for urban households and less than Rs 47,000 for rural households.

The system of issuing BPL cards has been criticised for its inability to accurately reflect disadvantage. Moreover, it allows for the possibility of truly disadvantaged people not being able to make genuine documents, while those who are relatively more well off might be able to get a BPL card more easily. As a result, it is not always the most disadvantaged population that benefits from welfare schemes.

Considering these issues – over the measurement and issuing of BPL cards – the application of an income limit made a wider target group eligible under the policy in previous years.

Unsurprisingly, the omission of this category in the application cycle this year came as a rude shock to many who were turned away from multiple receiving centres where completed forms were submitted for not having a BPL card. Following this, our callers took to reprimanding us over the phone in various degrees of distress.

A conversation with an inconsolable mother of two went like this:

She complained about her application form being rejected at the centre because she didn’t have a BPL card. We explained that only applicants from general category with BPL cards were eligible to apply. She replied that last year several of her friends who fell within the same category had made applications for their children and a few had been admitted. We reiterated that the category was eligible last year, but had been removed this year, to which her reply in a tone of resignation was, “So the government only gives benefits to them? What about us? We also don’t have enough money, we also need help.”

This conversation was almost a template for more than 50 other conversations we had with callers over a ten-day period after the application process began. Many had given up days of waged work to get their documents prepared. Most would have spent precious time and money to get their forms ready for submission only to find their efforts and resources wasted.

What was heartbreaking, however, was how quickly the conversations went from confusion about being rejected, to anger at being excluded – invariably articulated as a clear ‘us vs them’ demarcation based on the fact that people from other caste categories were eligible to apply even without proof of economic disadvantage.

There is a general correlation between deprivation and caste, and this informs the state’s affirmative action policies. Economically vulnerable groups that are excluded from these policies because of caste do feel they are treated unfairly. Government’s lack of clarity in policy implementation and misinformation in its dissemination, especially with regards to policies designed for all groups, aggravates this feeling.

Halfway through the process, with just ten days to go, the government once again changed its mind. It issued another circular that made children from general category with family incomes lower than Rs 68,000 (urban) and Rs 47,000 (rural) eligible for admission. This came as good news for some who were yet to submit an application, but for most of those who had already been told they could not apply, it came too late. What remains unclear is whether this change was made solely due to pressure on government officials by applicants and organisations like ours rather than the realisation of the benefits of the previous guidelines.

From the start of the application process there was no functional and responsive government helpline or authority that could be accessed easily by applicants. A move to a brand new online application process surely warranted a means to address issues faced by applicants, at least in the initial days. Secondly, the government made no effort to widely disseminate the change in guidelines that made people from general category without BPL cards eligible again. As individuals trying to help these applicants gain access to their rights by law, we watched helplessly as emotions exacerbating antagonism between caste groups emerged from a situation that could have very easily been avoided.

The cost of this style of policy implementation, which is the result of a clerical error or lack of attention, is huge. When failure begets failure, implementation of welfare schemes must be informed by the successes and issues associated with defining the target population for these schemes.