Amartya Sen the administrator whose actions as chancellor of Nalanda University, even if well-intentioned, were often questionable 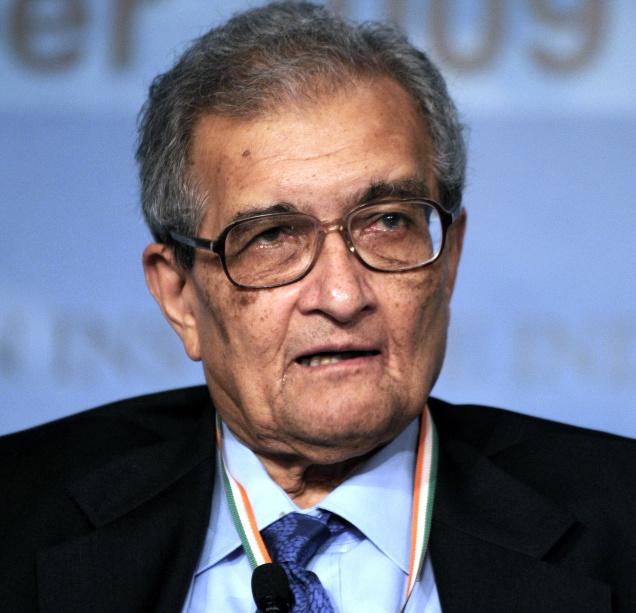 Amartya Sen’s forthcoming article—“India: The Stormy Revival of an Ancient University”—in the New York Review of Books is in equal parts an abbreviated history of the ancient Nalanda University and a critique of the Narendra Modi government, especially its attempts at limiting the academic and administrative independence of higher education institutions. In it, Sen also writes about the emergence of the new Nalanda University—which opened its doors in September 2014 with 15 odd students—where he served as chancellor, and the controversies surrounding his exit earlier this year.

Sen’s criticisms of the BJP government’s meddling with academic institutions, whether at central universities, the IITs, the IIMs, ICHR or elsewhere are quite correct. It is hard to defend most of the current government’s policies in higher education. However, in Sen’s version of the many details surrounding the birth of the new Nalanda University, including his own role as chancellor, the other side of the story is missing.

Sen’s tenure and decision to not seek a second term as chancellor were both marred by several questionable issues. It all began with his insistence on the appointment of Gopa Sabharwal, a sociologist and associate professor at the Lady Shri Ram College for Women in New Delhi, as vice-chancellor, and stubborn justification of that decision thereafter.

Sabharwal is an accomplished academic—her book Ethnicity and Class is first rate—but hardly a heavy weight. In defending her appointment, Sen argued that “one of our advisers on the academic side was Professor Andre Beteille, a world-renowned sociologist”. Sabharwal had worked under the supervision of Beteille for her PhD at the Delhi School of Economics.

The decision to hire Sabharwal on the basis of academic qualifications and competence—mainly her publications and that Beteille may have recommended her for the vice-chancellor’s position—could be considered biased because it appears that the entire hiring process was informal. It has been reported that the position was never advertised, there was no serious attempt to search for suitable candidates and no other formal procedures including lengthy interviews with a wide-ranging expert group or selection committee were followed.

Such an informal selection process, especially for recruiting a new vice-chancellor for a prestigious public university, is not routine anywhere in the world. That Sabharwal has provided, in Sen’s words, “incisive leadership” is besides the point when the selection process was extraordinary and one in which Sen was directly involved.

Sen further defended his decision by noting that there is “an obsession with rank and status” in India whereby people are judged not by their qualities “and particular qualifications for a very specific job” but by their “position in the social hierarchy.” However, it would be hard to find examples from the US and the UK, countries where Sen has held academic positions for decades, where well-qualified younger academics with relatively little administrative experience have been appointed to top positions at leading universities. They almost never are.

Sen did himself no favours by seeking to do other things his way on Nalanda-related matters, at least once with the threat of resignation. This was when the finance ministry’s Department of Expenditure asked the Ministry of External Affairs, the nodal ministry for the Nalanda University project, why Nalanda should be governed by a different set of rules. It raised objections over the huge expenditure being incurred on maintaining the governing body of the university and tax-free salaries in the range of US$80,000 pa for some of the top functionaries. Incidentally, these objections were raised before the BJP came to power.

Sen finally decided to quit in February 2015 (even though the governing body had approved a second term for him) when it was clear that the BJP government was stalling the confirmation of his appointment as chancellor. He has been succeeded by George Yeo, a former foreign minister of Singapore and a recipient of the Padma Bhushan (2012).

Chancellor Sen was a divisive figure with perhaps approximately equal number of friends and enemies. Yeo’s arrival may help put to rest some of the controversies regarding Nalanda University. As a former diplomat, he should be at ease in dealing with the Ministry of External Affairs. Furthermore, the BJP-led government is committed to a deep engagement with Asian countries, including and notably Singapore. Prime Minister Narendra Modi has recently called for turning India’s ‘Look East Policy’ into ‘Act East Policy’.  Such seemingly small shifts may help Yeo to better negotiate Nalanda University’s future growth.

The new chancellor, however, will face the very same challenges that Sen did, in building a prestigious, international university in rural Bihar, among the poorest states in the country.

It is widely acknowledged that good universities, especially new institutions that want to establish themselves beyond the national level, require highly-qualified faculty who in turn attract motivated students. It is the quality of faculty and students that (in addition to capable administration) separate great universities from the ordinary.

Yeo’s challenge will be to lure faculty to Nalanda and Bihar and to stay in Rajgir, where there are few suitable employment opportunities for spouses (unless they are academics themselves and are hired by Nalanda) or good schools for their children.

Not yet a worthy institution

Bihar’s record at attracting or retaining its best and brightest is poor. Since the past three-four decades, more than a few hundred thousand Biharis have left the state for education and/or employment. Only a few have returned or even considered coming back. Not many Indians head to Bihar for work and most do so only when they have few other options. Hopes were briefly raised under the Nitish Kumar government that Bihar would ‘catch up’ with the more developed states in the country and in the process perhaps attract more educated people to work in the state. Now, Bihar seems to be back where it was in the pre-Nitish era.

One attraction of Nalanda University is that faculty salaries are significantly higher than at other public universities. However, it will still have to compete with new private universities like Shiv Nadar University and Ashoka University that have come up in urban areas and are therefore more attractive for potential faculty. Also, higher salaries may not be enough for prospective faculty members to consider living in rural Bihar for an extended period.

While Sen acknowledges some of these challenges, considering his own experience with the Indian government and the ground realities in Bihar, he seems a little too optimistic that Nalanda University will overcome them. In the long run, he may well be proved right but it is clear that the new university has miles to go before it can be considered a worthy institution.

Finally, in reading this version of some of the controversies surrounding Nalanda University, it is important to understand that Sen the philosopher-economist and Nobel laureate is not under scrutiny; it is Sen the administrator whose actions as chancellor of Nalanda University, even if well-intentioned, were often questionable.

Pushkar is an assistant professor at the department of humanities and social science, Birla Institute of Technology and Science Pilani, Goa.