Student Alleges FTII Director Ridiculed, Intimidated Her for Speaking Up Against Sexual Harassment

"Instead of helping me in my fight for justice, FTII has ganged up against me." 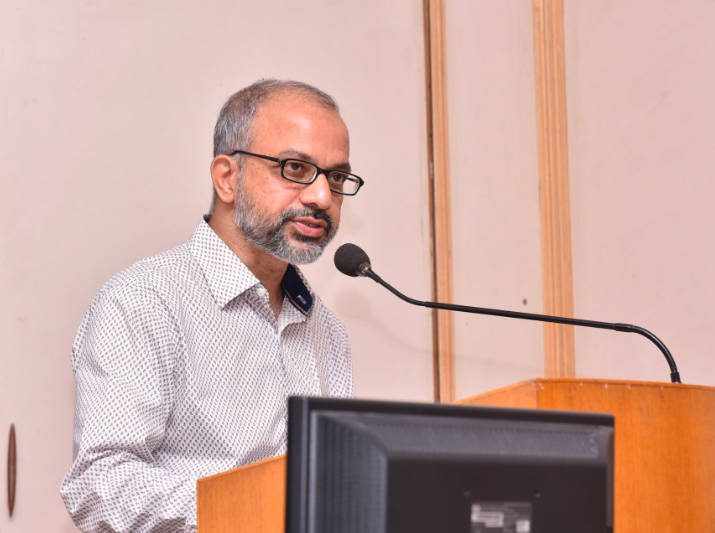 Pune: A student of the 2016 batch of the Film and Television Institute of India (FTII) has accused its director Bhupendra Kainthola of harassment, intimidation and obstructing her work at the campus allegedly for raising her voice against sexual harassment at the institute. She has written to the internal complaints committee (ICC), the information and broadcasting ministry and chairperson of FTII demanding that Kainthola be asked to step down so that the ICC can probe the matter judiciously.

The complainant, who wishes to remain anonymous, is a student of direction and screenplay writing and has been told by the FTII administration to leave the campus for the entirety of the sixth semester, which begins in December, due to her fallout with the sound person during one of their film exercises. But the student claims the dispute in question was sorted long before and this latest action comes from Kainthola over her protests against sexual harassment at FTII.

“I was ostracised by the student community and ridiculed by the director after my complaint against a classmate. I also objected to sexual harassment of some other students by a faculty member,” she said in her letter. The faculty member has since been dismissed.

She told The Wire, “Three students of FTII in 2016 (her batch mates) made complaints of sexual harassment against the same person (who teaches at the institute). I was one among 27 other students who signed a letter asking the management to look into the issue to ICC.” The faculty member is the director’s friend, the student said.

In response to the allegations, Kainthola was quoted by ANI as saying: “It’s unfortunate that she released a statement unnecessarily dragging FTII’s internal committee into academic matter involving her. Action was taken as she was found guilty of professional misconduct by inquiry committee.” 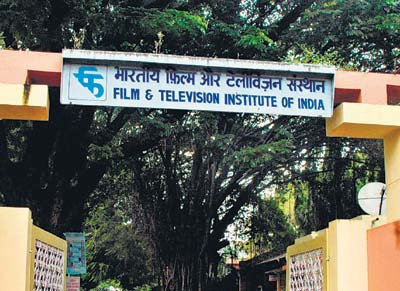 “The external teacher, Sandeep Chatterjee discovered big gaps in the marking system in the internal assessments and even gave a report to the director – an enquiry was conducted but no action has been taken against anybody,” she claimed.

Meanwhile, the complainant faced sexual harassment from her classmate and she went to the ICC with her complaint, which suspended the accused for three months. “Kainthola handed over the report of the ICC to me and said that I might not be ‘happy’ with the action taken against the accused,” who had been asked to attend therapy sessions, she said.

“Instead, to my utter shock, I was given a notice which said that I will be suspended from FTII for the whole of the sixth semester, that I had to vacate the hostel at the end of the fifth semester, that I would not be allowed to make my diploma film, that none of my films will be sent to any festival, I would not get any scholarships or be sent on any foreign exchange programmes. Professor Sandeep Chatterjee (the external evaluator) who pointed out the discrepancy in the evaluation was warned and accused of professional misconduct. Chatterjee did not respond to calls. To humiliate me even further, the order stated that my films could only be sent to festivals where ‘award for the director of the film is not involved'”, she said to this reporter.

She added, “I was told that the reason for this action is a disagreement I had with my sound person during dialogue film exercise that was settled in the presence of six faculty members. Another committee also looked into the processes of my film’s sound. I was told that the matter was resolved again and that they had found nothing to take any action against me. There was no mention of why there was an inquiry into a matter that had already been resolved twice or the complainant in the matter or the rulebook that was followed to take this severe action unheard of in the history of FTII”.

She further alleges, “I started to seek legal advice, I was told that the appellate authority in this matter is the director. If the director of the institute is harassing me then how come the ICC, faculty and students who work under him would be able to act in a fair manner. If the ICC is to probe the matter, he should step down from his post. Because the students or employees who come forward to report sexual harassment are to be protected by the institute or the employer. Instead of helping me in my fight for justice, FTII has ganged up against me so much that I am now unable to be in my own room in the hostel. Records will show you how I have had to leave FTII after brief periods of stay because the hostility was affecting me. I am writing to you because I don’t expect the ICC can work in a judicious manner.”