This 'English Medium' Government School in UP Teaches in Hindi

About 5,000 government primary schools became “English-medium” from April 2018 in UP, but the absence of teachers and text-books has meant that the students are still mostly taught in Hindi. 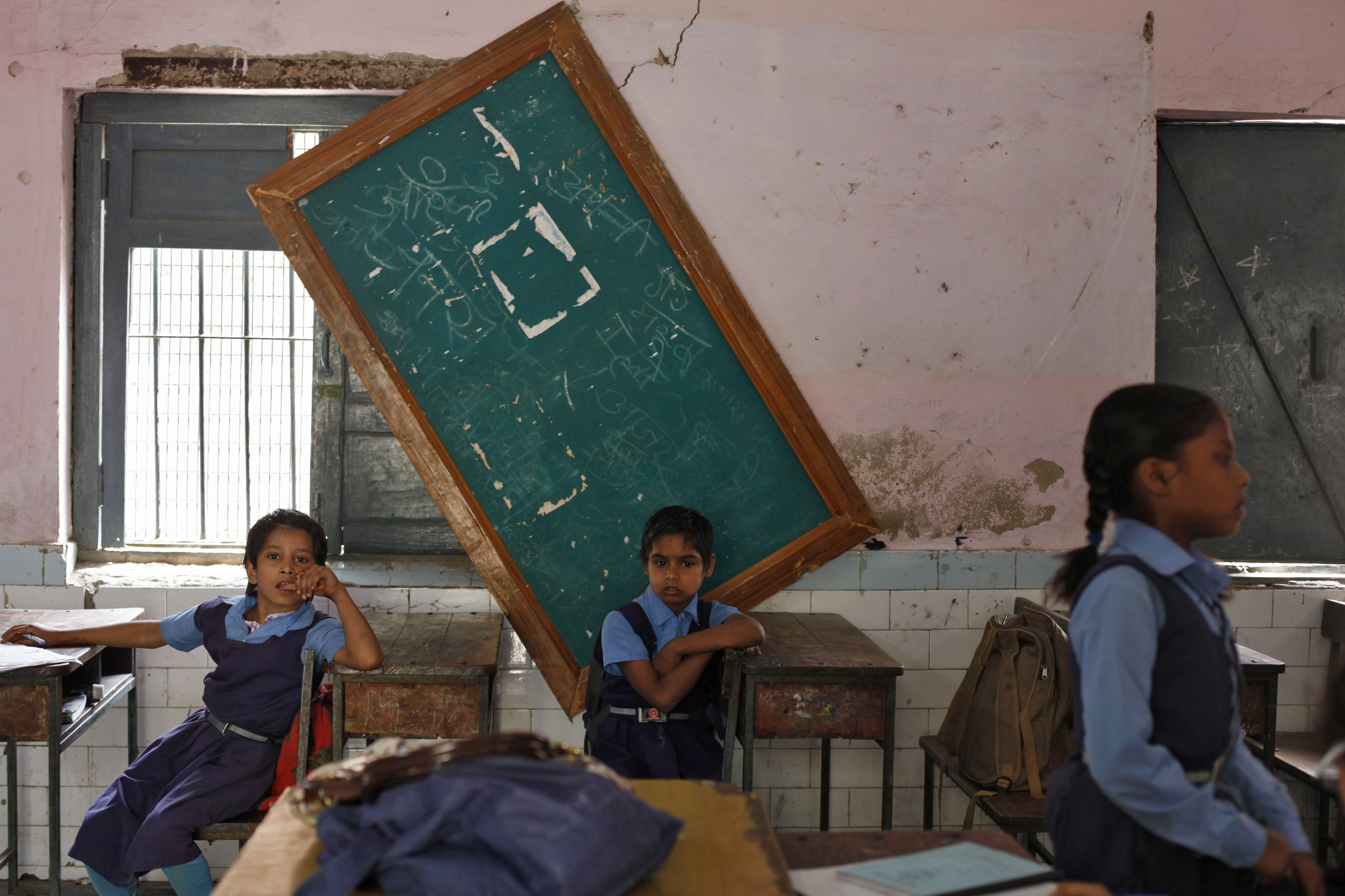 It’s a scene that would not have seemed out of the ordinary in Hindi Medium (2017), the popular Bollywood movie that captured the reality, equal parts pathos and comedy, of a country’s obsession with and aspiration for the English language.

Almost overnight, the primary school in Khandeha village, located in Mau block of Uttar Pradesh’s Chitrakoot district, had a brand new board put up that read ‘English Medium Primary School’. It was not the only one.

Recognising the ostensible dominance of the language, illustrated powerfully in the aforementioned movie, the Ministry of Education ordered last year for a percentage of government-run primary schools to be turned into English-medium schools as part of Sarva Shiksha Abhiyan. The move also came as a consequence of a steady increase in dropout rates in government schools, with more and more students shifting to private schools, even in rural areas. However, despite the noble intention, this dramatic change has only caused more confusion in an education system already reeling in chaos.

Acting on the Centre’s orders, the UP government christened 5,000 government primary schools “English-medium”, effective from the current academic session, i.e. April 2018 onwards, except the slow domino effect ensured that concerned authorities began acting in accordance only late last month. The state government also vowed to establish five to seven such schools in every block of every district depending on the demand and the primary school in Khandeha village is one where this change has been introduced. Like most other schools in the state, it was not prepared for it. There are neither any teachers nor are there books to study from.

At the Khandeha school, where books, bags and uniforms are missing, there is a lone teacher teaching all five classes, who’s also meant to impart new language skills. Shambhu Sharan Singh shares with us the elaborate arrangement he has devised in order to make this impossible task somewhat possible. “I make classes I and II sit together in one room, classes IV and V sit together in another, while class III sits separately. While I teach one of these groups, I have appointed monitors in the other two to watch over and discipline the students.” On the issue of unavailability of books and study materials, he says, “Since we have not been given new books, we teach using the old syllabus and books that we have already. Wherever it is within my capabilities, I try to teach in English, but the rest I teach in Hindi.” Ankit, a student at the school, has a vividly contrasting story to tell though, “We just sit in the classroom, the teaching is only for five minutes. That, too, all we’re taught is how to write the English alphabet. We already know that.”

Education policies in India have always been largely and perhaps excessively input-oriented – the policy’s main focus has always been on factors such as number of students enrolled, number of schools established and so on, as opposed to outputs such as the quality of education imparted and the kind of students produced. As a result of this, the act ends up producing some amount of quantitative results at the cost of ignoring the qualitative aspect of education. The move to establish English medium schools also has the same concerns.

The other huge issue – of the dearth of qualified teachers as well as high-quality textbooks – is not peculiar to Khandeha. The CAG Report for 2015-2016 threw up some alarming figures with respect to the overall state of education in UP. In the period from 2012 to 2016, over 6 lakh children had not been provided with school books, while 97 lakh children were not given uniforms despite the necessary funds being sanctioned to the state government under Sarva Shiksha Abhiyan. Moreover, the report found a shortage of 1.75 lakh teachers against a requisite 7.60 lakh. To make matters worse, over 17,000 primary schools in the state did not meet the prescribed pupil-teacher ratio. The last straw comes in the form of teachers’ qualification, with respect to which the Right to Education Act prescribes that all teachers must acquire the minimum level of qualification required within five years of the Act coming into force. But without any follow up to check whether this has been achieved, the teachers in government schools remain under-qualified – with over 30,000 teachers in UP not possessing the minimum level of qualification prescribed. 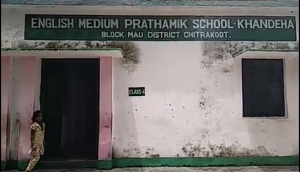 What Rajesh Maurya had to say was illuminating, a quote that would sit well if a movie is made on the state of education. As a guardian of a Khandeha school-going student, he said, “I doubt that our children are getting a sound education, or any kind of education, here. The government has simply ordered for schools to be made English-medium, but they should have at least provided enough qualified teachers before. There is just the one teacher here, who comes and goes as he pleases. Mostly, he comes late, and even then, he is busy maintaining records in his register. Despite the promise of a good education, when we go to school, we only find the kids spending their whole day playing in the school grounds.”