The Ramjas College violence is the clearest sign yet of what is in store for the country if such politically-sanctioned hooliganism remains unchecked. 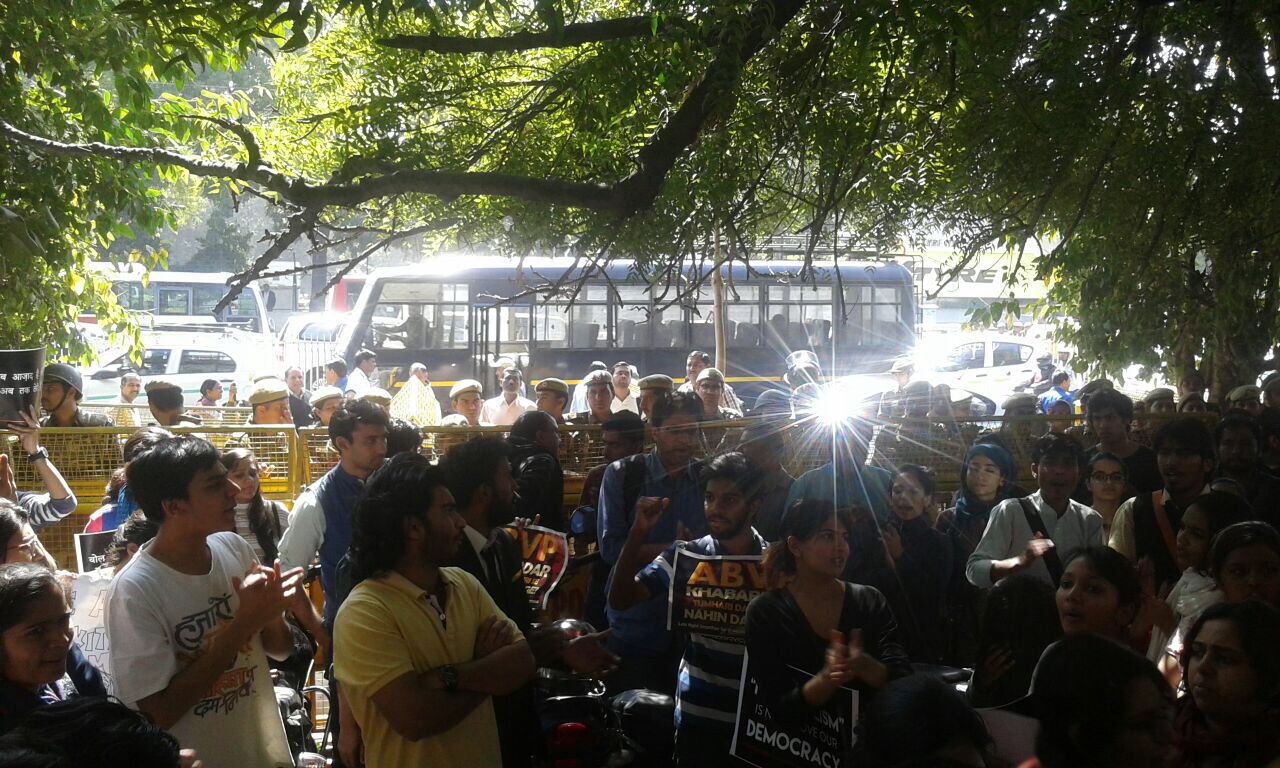 Using violent methods to stop a debate or settle political differences is a crime regardless of location but when violence is unleashed on a university campus – against students and teachers – the assault takes on an altogether more sinister dimension.

The blatant acts of thuggery that the Akhil Bharatiya Vidyarthi Parishad unleashed at Ramjas College, Delhi University this week is an attack on the idea of the university, on reason and wisdom, on the rights enshrined in the Constitution, and on the very idea of India.

Though India as we know it will be imperilled without democracy, the ABVP – the BJP’s students’ wing – believes its attacks on democracy are somehow in the service of the nation. The organisation says it was objecting to the presence of two of the invitees at a literary event on campus but the methods it employed is proof that its real aim is to force conformity on students and academic institutions and stop them from criticising or even debating official policies.

Umar Khalid and Shehla Rashid were closely associated with the protests led by Kanhaiya Kumar early last year against attempts to criminalise debate and dissent at Jawaharlal Nehru University. The Modi government at the Centre actively stoked the fire in JNU, pushing the Delhi police to file trumped up charges against the student leaders and activists. Though the police case quickly fizzled out, the BJP and ABVP used the hysteria they had generated to stir the pot of narrow nationalism and circumscribe basic freedoms that students in universities must enjoy as they debate diverse ideas. Universities have the mandate to promote open discussion and that is why, historically, parties and politicians who dislike democracy tend to turn campuses into battlefields. The BJP and sangh parivar are no different. After coming to power in 2014, they have not taken kindly to the liberal spaces that have evolved in various universities over the years. The tragic suicide of Rohith Vemula, the attack on JNU, and the spate of incidents involving the ABVP at universities in Allahabad, Ranchi, Lucknow, Mahendragarh and Jodhpur speak to the rapid shrinking of such liberal democratic spaces. It is also an open secret that the ABVP enjoys the blessings of the very top – both at the party and government level – to act as moral police, even to the extent of taking the law into their own hands.

The Ramjas College violence is the clearest sign yet of what is in store for the country if such politically-sanctioned hooliganism remains unchecked. First, the ABVP violently disrupted the literary event and forced not just the cancellation of Umar Khalid’s talk but the entire programme. Next, it attacked students in and around the college who had gathered peacefully to protest this assault on their democratic rights. The failure of the police to defend the victims of these unprovoked attacks is also, unfortunately part of a worrying trend evident across the country. Whenever an organisation affiliated to the ruling party at the Centre or state or enjoying the blessings of an influential leader violently objects to a lecture or film or play or exhibition, the police end up giving in to its intimidation. In Delhi too, the police’s role was shameful as it treated the ABVP goons with kid gloves – just as it had allowed BJP activists to go on the rampage outside the Patiala House courts when Kanhaiya Kumar was to be produced for a hearing. The failure of Delhi University’s administrators to take a stand in defence of their students is also deeply disturbing.

Universities must be sanctuaries where young minds can develop and be nurtured in an atmosphere that is free from violence and intimidation. If the government is unwilling to respect the idea of a university, other cherished ideas will all soon fall by the wayside.