DU Photocopy Case: What Happened and Why It's Important

"A licensing system that presents photocopying as an infringement of copyrights, is detrimental to the interest of both authors and students." 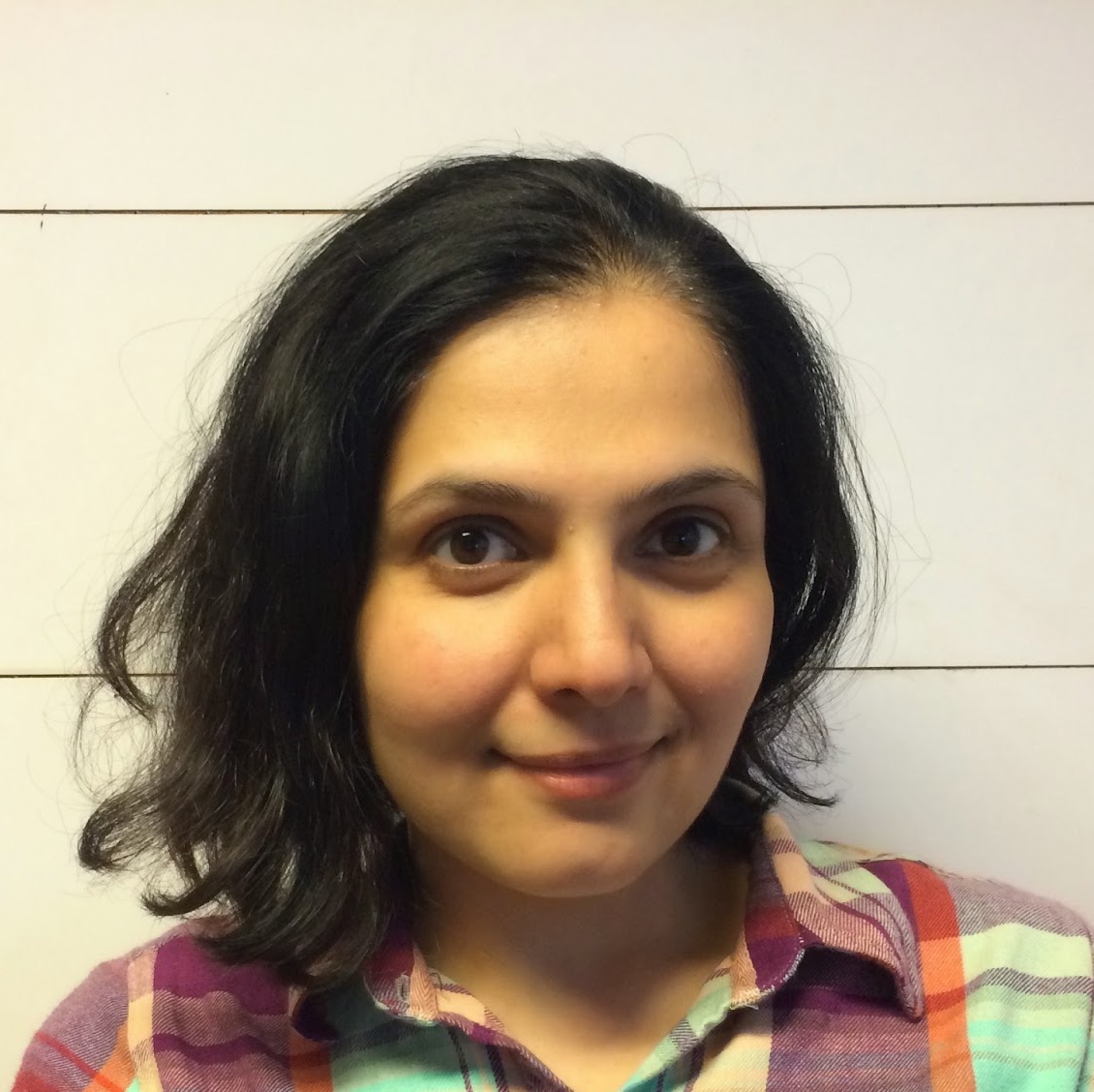 Inside Rameshwari Photocopy Service, a persistent, rhythmic whirr is audible above the din of students who crowd the shop. The sound is reassuring – it suggests business as usual within this tiny shop, located on the campus of the Delhi School of Economics. It portends smoother days filled with the buzz of machines that emit white paper with black lettering – photocopied course material, stacked in neat bundles and disseminated to the students waiting in the shop.

In 2012, publishers Oxford University Press, Cambridge University Press United Kingdom, Cambridge University Press India Pvt. Ltd., Taylor & Francis Group, United Kingdom and Taylor & Francis Books India Pvt. Ltd. sought to restrain the photocopy shop from supplying photocopied course packs to students. The lawsuit against the Rameshwari Photocopy Service and Delhi University accused the defendants of “infringing the copyrights of the plaintiffs in their publications by photocopying, reproduction and distribution of copies of plaintiffs’ publication on a large scale and circulating the same…” The publishers sought a ban on all course packs, in an aggressive interpretation of the Indian Copyright Act, 1957.

“If a student needs 33 readings for a course like Agrarian Sociology, it could take three to four month to collect the readings from different books in the library. I make life easier for students – I get the readings and compile them in course packs,” says Dharam Pal Singh, owner of Rameshwari Photocopy Service. In August 2012, his shop was raided. Acting on an order issued by the Delhi high court on August 14, a commissioner visited the premises, without prior intimation, to seize and make an inventory of ‘infringing’ or ‘pirated’ copied of course material. “It was shocking – I felt like a criminal,” recalls Dharam Pal, sitting between towers of duplicated syllabi in his shop. Subsequently, the decision of the trial judge, Justice Rajiv Sahai Endlaw, which was in favour of a progressive copyright frame and dismissed the suits filed by the international publishers, lends the 45-year-old photocopier the blazing conviction of a crusader. “I have not broken the law; this case isn’t about that. It’s about foreign publishers losing their revenues to someone like me,” declares Dharam Pal. Exceptions within the law make provisions for the copying of chapters within books for the purpose of education. Section 52 (1) (a), the ‘fair use’ exception, allows any fair dealing with a copyrighted work  – literary, dramatic, musical or artistic –  for the purpose of research and private study. Section 52 (1) (i) allows the reproduction of any copyrighted work, during the course of educational instruction. Dharam Pal’s insistence that he did not violate the law was echoed by students and academics who were galvanised into campus activism by the raid and chose to become co-defendants in the case. Over 300 authors and academics petitioned against the lawsuit in an open letter to the publishers. Of these, 33 were authors mentioned in the suit, whose books the publishers claimed had been copied in the course packs. The letter stated, unequivocally:

“As authors and educators, we would like to place on record our distress at this act of the publishers, as we recognize the fact that in a country like India marked by sharp economic inequalities, it is often not possible for every student to obtain a personal copy of a book. In that situation the next best thing would have been for multiple copies of the book to be available in the library so that students are able to access these books without any difficulty. But given the constraints that libraries in India work with, they may only have a single copy of a book and in many instances, none at all.”

Forums like ASEAK, a society of students, and SPEAK, a collective of academics, rallied against the lawsuit. Recently, the publishers filed an appeal against Justice Endlaw’s verdict. Student representatives and academia bristled yet again with collective ire. The judge has, only a few days ago, refused to grant an injunction against Rameshwari Photocopy Service. “Higher education in India will be impossible if we have an over-zealous copyright law,” says Satish Deshpande, author and professor of sociology at Delhi University. “It is a low-volume market in terms of sales and a very dynamic one. Buying course material for even a single course or semester is expensive, making an ordinary MA cost several lakhs of rupees.”

Academics argue that making bundles of course material available to students is in the interest of publishers, as it allows for a wider dissemination of the literature and may even prompt some students to buy the book. “No author writes to be hidden away in copyright laws,” says Aditya Nigam, a fellow of the Centre for the Study of Developing Societies (CSDS). “May of us have petitioned to fundamentally reject the idea of intellectual property ownership or the so-called “divine right” of authors as creators. We can’t claim exclusive ownership of anything really – all our ideas are renditions of ideas we have been exposed to through the work of others.” He mentions the peer-reviewed Hindi journal Pratiman: Samay Samaj Sanskriti – brought out by the CSDS – which is protected under the Creative Common licence and made available to readers for the purpose of sharing and dissemination. “PDF versions are available online, but we retain the copyright,” he explains.

Activists and writers like Nivedita Menon also reject the publishers’ claim that academic publishing is sustained by the investment made by them. “These big corporations could not have made profits if they paid us royalties for services rendered as referees and editors.  We write books because we work for universities and are paid a salary. So, effectively, it is the taxpayer’s money – say a cycle rickshawwala’s money – that contributes to the profits made by academic publishers.”

Students too, lash out at what they describe as “big capital worried about their depleting coffers”. Apoorva Gautam, a 25-year-old who has completed her MA in sociology from the Delhi School of Economics, mentions the fact that students and faculty opted to become defendants in the lawsuit against Rameshwari Photocopy Service and its employer, Delhi University. “Students and teachers were adamant about not being left out of a decision that influences how reading material is dispersed,” she says. Usman Javed, who teaches sociology at Hindu College, recalls the month of the raid – August 2012 – when he had just acquired a master’s degree and had enrolled for an MPhil. “It was an affront to the dignity of Dharam Pal and his employees – people who work with the utmost camaraderie and affection. In fact, one of the staffers in the shop could tell whether an MA student would clear his exam or not, just by looking at the readings the student was getting copied; ‘He hasn’t read Langsdorf, he won’t pass!’ – such remarks would make us laugh. To watch these people being roughed up by the cops was distressing, to say the least.” Usman also describes the Indian Reprographic Rights Organisation (IRRO) – a society formed under the Copyright Act 1957, for the distribution of licenses – as “the opening of a new revenue stream for the publishers”.  The licensing arrangement, whereby collecting societies can raise their licensing fees arbitrarily, is something Deshpande also warns of. “A licensing system that presents photocopying as an infringement of copyrights, is detrimental to the interest of both authors and students.”

The IRRO, which legal scholar Shamnad Basheer calls “an opaque organisation,” proposed to the courts the option of limiting the photocopying to 15% of the copyrighted work, which, Basheer writes in his blog, SpicyIP, “…in many cases, could be said to constitute a free “fair use”, even in the world’s largest capitalist economy, namely the US”.  Basheer is vehement about the fact that the ecosystem of academic publishing relies heavily upon the work generated by academics. “The rules of intellectual property must yield to larger social goals like access to educational material for all,” he says.  He urges publishers to review their pricing methods for developing economies: ‘The latest editions of these foreign publishers are exorbitantly priced. Clearly, their market is the institutional buyer, and not the student. Perhaps the time has come for publishers to introspect, and review their revenue models.”

While Rameshwari Photocopy Service bustles with students, eager for a parcel of photocopied sheets that will make the literature of expensive books available to them, the lawsuit and the recent appeal against Justice Endlaw’s verdict raise tantalising issues. The right to intellectual property then is one that must comply with the demands of crowded universities, as the verdict states: “It cannot be lost sight of that we are a country with a bulging population and where the pressure on all public resources and facilities is far beyond that in any other country or jurisdiction”.