A Teacher’s Pain: Meet 'COVID Challan' Targets or Get a Show-Cause Notice

“It is humiliating. My job is to forgive students’ mistakes, to correct their path. I am trained to forgive, not to impose fines.” 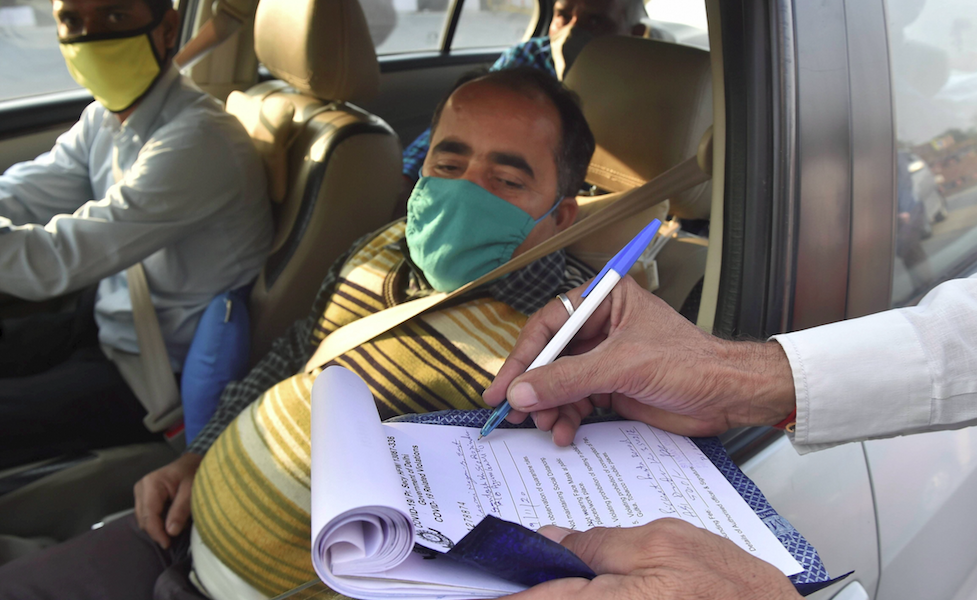 A member of police personnel issues a challan to a commuter for not wearing mask in a public place, in New Delhi, Thursday, November 19, 2020. Photo: PTI 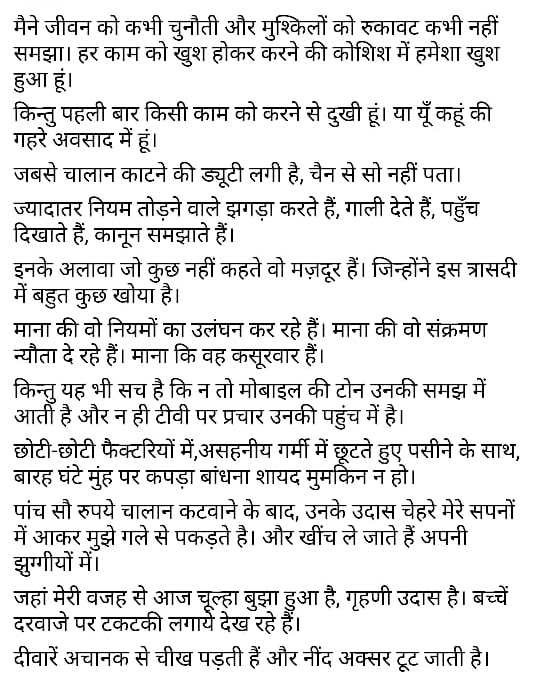 Teachers are bottom-of-the-rung “corona warriors”, summoned by the Union government and Delhi government for one virus-related project after another since the country went into lockdown. The most unsettling project till date has been teachers posted on ‘challan duty’. They are placed at various locations in Delhi to impose a fine of Rs 2,000 on citizens who step out of the house without a mask.

The most bizarre part: the government has given teachers challan targets. A teacher who has a show-cause notice for not meeting his “targets” said the number of fines he was able to impose on mask-less citizens did not satisfy the administration. (A show-cause notice asks for a written reply from a government employee and is seen as a warning prior to action.)

“It is humiliating. My job is to forgive students’ mistakes, to correct their path. I am trained to forgive, not to impose fines,” said another teacher, posted at a police check point in central Delhi. He is the ‘nodal officer’ at that checkpoint. He said he had first tried refusing to do challan duty, but did not get a hearing. “This is not my job,” he said. “But I am given targets of number of challans.”

The teacher who was issued a show-cause for not meeting targets said he tested positive for COVID-19 in November, a day after completing “airport duty” which comprised checking passengers on Vande Bharat flights for coronavirus. The Department of Education asked this teacher to go for “challan duty” immediately after recovering. No one in the department paid for his treatment or asked how he was doing.

This teacher has not been able to teach classes since March because he has been put on one COVID-19-related assignment after another: distribution of rations to migrant labourers was the first project that teachers were given, with schools functioning as places of shelter for daily wagers. What makes the lack of teaching worse for his students is that this teacher is a special educator. He teaches 6-10-year-old students with mental and physical disabilities.

“I have challan duty from ten in the morning to six in the evening, with one day off in a week. I reached out to my students only when unit tests were around the corner to help them prepare. I have no time to make lesson plans, check their progress. I used to know at which stage of learning every student is. I used to assess how they are, which stage they have reached, how to take them to the next level. Now I wonder why I became a teacher.”

Teachers on challan duty report to SDMs or sub-divisional magistrates. The Wire reviewed two orders from additional district magistrates deploying teachers to airports and on a door-to-door survey of households in Delhi to smoke out virus-positive citizens. The Times of India reported that 17 of 60 teachers deployed to conduct the house-to-house survey in north-west Delhi were infected by the novel coronavirus.

It is not clear if the orders on teachers are from the Union government headed by Narendra Modi or the Delhi government led by Arvind Kejriwal. The Disaster Management Act, 2005, equips the government to deploy its employees on various duties. Government schools provide a ready-made army in the form of teachers but an ethical society needs to ask how long a teacher can do jobs other than teaching. Previous studies have shown how little time teachers devote to teaching, amid a tsunami of administrative work and other projects such as helping conduct election. NITI Aayog’s attempt to get teachers away from conducting elections was unsuccessful. 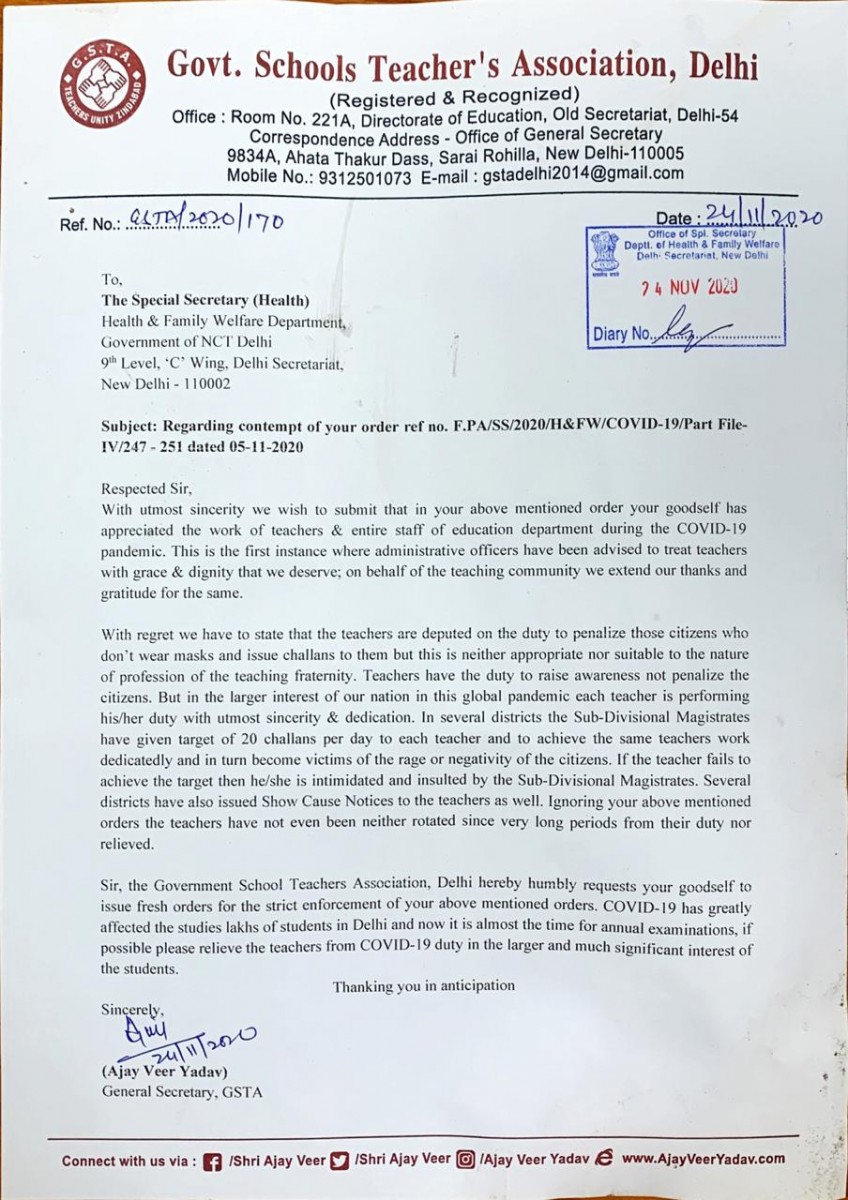 It is not that teachers have not protested against getting challan targets. The Government Schools Teachers’ Association, a teachers’ union recognised by the Delhi government has written to its employer: “In several districts, the sub-divisional magistrates have given target of 20 challans per day to each teacher and to achieve the same teachers work dedicatedly and in turn become victims of rage or negativity of the citizens. If the teacher fails to achieve the target then he/she is intimidated and insulted by the sub-divisional magistrates. Several districts have issued show-cause notices to teachers as well.”

Aparna Kalra is a Delhi School of Economics alumnus whose forte is investigations, profiles and data journalism. She has worked as a fact-checker on a Facebook project for AFP.