One of the serious questions that arises from this type of AAS-Ashoka University initiative is, why is there a yawning gap between our idea of a public university and the reality of its gradual degeneration into nepotism and stagnation? 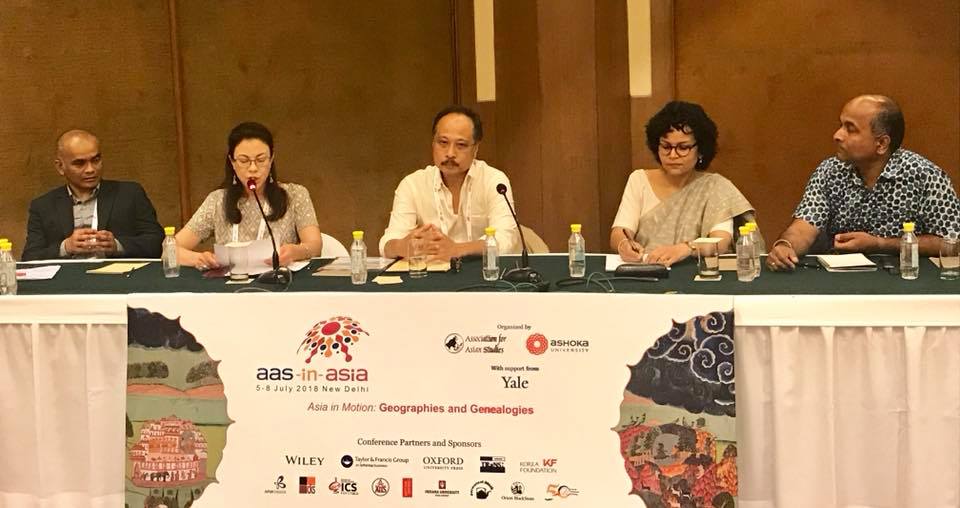 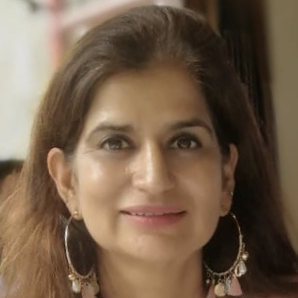 Rains have arrived in Delhi. At last it seems that the dust has settled. Amid the stormy monsoon rains early this month, I had the opportunity of attending the highly controversial AAS-in-Asia conference, organised jointly by the Association for Asian Studies (a scholarly organisation based in the US) and Ashoka University (a newly founded university in Sonepat), in New Delhi. This was the first conference of its kind to be held in India. But the government of India denied visas to our Pakistani colleagues to attend the conference. A denial which by no stretch of imagination is acceptable and morally justifiable. Unfair does not even come close to describe it. There was a call for boycott of the AAS-in-Asia conference in New Delhi by the fraternity of scholars world over. Rightly so. Such voices of dissent and protest are absolutely essential and fundamental to the growth of an independent intellectual public culture.

The call by scholars, worldwide, for boycott of the conference in New Delhi opens several important questions in India. But can we read in this type of boycott a response that inevitably feeds into the Indian state’s routine disinclination and antipathy towards any fruitful and robust intellectual exchange of ideas in Indian universities? Second, who will benefit from the boycott and who will lose from it? Would it matter to the powerful political dispensation in India if scholars boycott this conference? On the contrary, it might just serve the purpose of that dispensation. It may also further alienate and isolate Indian researchers (especially the less mainstream ones) from a global community of scholars. Third, can we argue that universal principles of boycott and exclusion cannot be applied in all situations, to all countries and we need to open a more serious discussion about the genealogies and histories of individual countries to arrive at any definite conclusion. 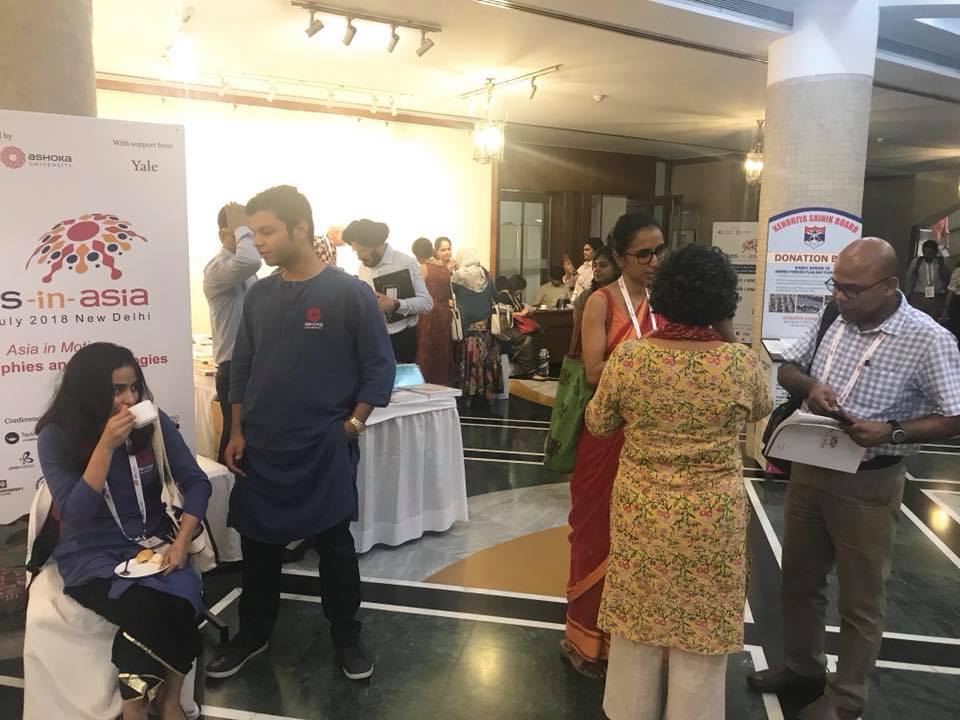 Besides being the first international conference in Asia, a kind I had attended for the first time, the majority of scholars in AAS-in-Asia conference were from India. They were not just from elite public universities, but from lesser-known state institutions from all over the country, from the north to the south as well as the northeast. Many of them were graduate and postgraduate students eagerly waiting for an opportunity to express themselves and exchange views on each other’s research work.

In my own long experience of public universities in India, I have seldom been exposed to the possibility of any meaningful exchange of academic ideas of ‘elite’ central universities with state institutions, the reason often being given is that some of these state universities are not academic enough. The lack of a genuine conversation across universities in India is exasperating. The AAS-in-Asia conference, it seemed to me, broke that barrier. It did more. It connected the local researchers to a global academic community.

I noticed that the conference’s academic panels provided different spaces for intellectual debate connecting various Asian regions and introducing diverse themes ranging from environment, gender, geographical borders and frontiers, food, culture and area studies to experimenting with innovative methodological and conceptual tools. Indeed, this type of intermixing of interdisciplinary Asian concerns could set an example for our own academic institutions. The AAS-in-Asia panels were constituted by presenters themselves on the basis of their own research interests. The selection process was peer-reviewed and transparent. 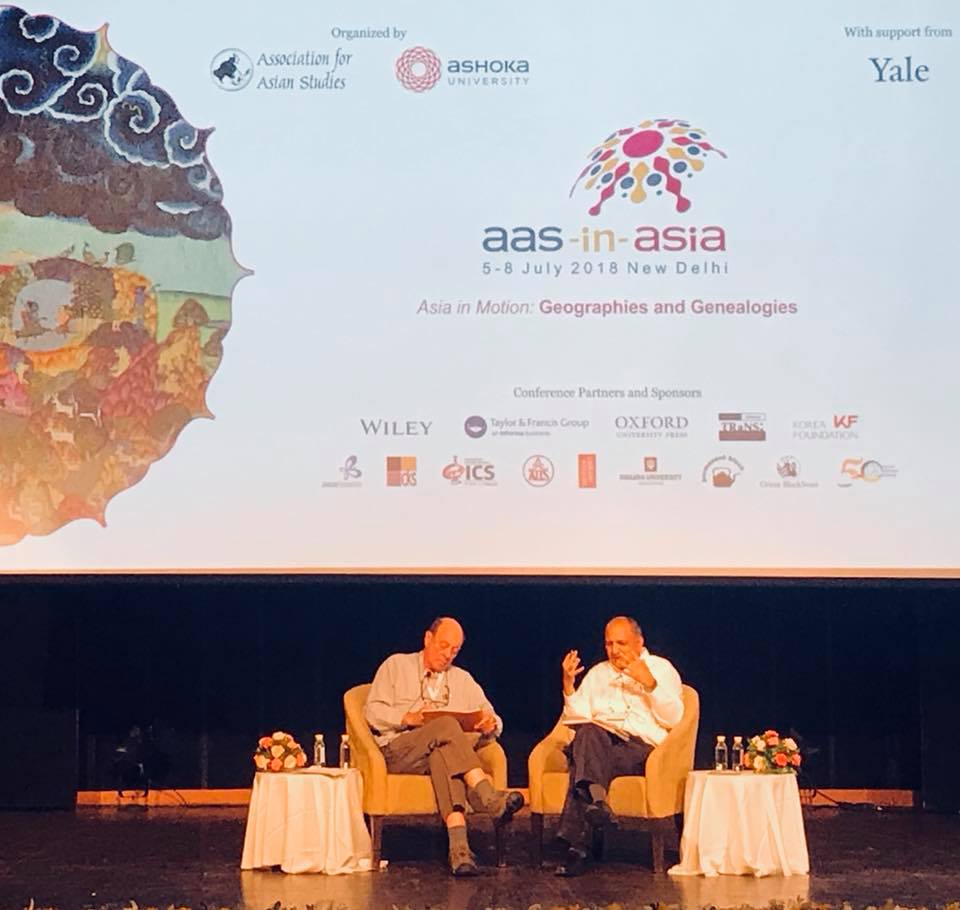 I know all too well that in some of our public universities, ideology and political, regional, caste, religious affiliations play a vital role in deciding how conference panels are constituted. The same speakers, same themes and same audience are rehearsed and rehashed. Intellectual scholarship thus becomes like muddy, static water. But Ashoka University offered a platform which transcended any such affiliation. Of course, some would argue that it is a question of funding, as the AAS and Ashoka University, given their institutional linkages and resources, can generate enormous funds. But is it really only to do with funding? One of the serious questions that arises from this type of AAS-Ashoka University initiative is – why is there a yawning gap between our idea of a public university and the reality of its gradual degeneration into nepotism and stagnation?

The other aspect of the AAS-in-Asia conference which I found equally refreshing is the type of dialogue that it opened up. As part of a roundtable on ‘Forgotten Genealogies’ organised by the US-based journal, History and Theory, I found myself sitting next to a Chinese historian (my first encounter with a Chinese historian), a historian working on Vietnam, a South Asianist and a historian of medieval England! This was like being transported to a virtual island of a new possibility of transgressing borders, boundaries, chronologies and meandering through Asia and the rest of the world via a conversation between microhistories and global histories. The world looked very different from that perspective, I can tell you. By the way, in this well-attended session, the most interesting interventions came from some of our very fine academics teaching in different undergraduate colleges in India who were also presenting their ideas in extremely innovative panels.

Significantly, the panels were brimming with ideas and new frameworks waiting to be explored and researched. The energy of Asian scholars was palpable. After all, most of the scholars came from remote parts of Asia. Not to forget that one of my most fruitful discussions was with historians from Cuba, Mexico and Turkey. Apart from that in this truly non-hierarchical ambience, to cite one example among many, stood our very own Professor Shekhar Pathak, founder of People’s Association for Himalaya Area Research and former Professor of History at Kumaon University, Nainital, mentoring young scholars over tea and biscuits during the afternoon break, even to the extent of giving them exact references to archival sources and fieldwork tips in Uttarakhand. The distinction between ‘seniors’ and ‘juniors’ was conspicuously missing. Interestingly, after the conference I received several emails from young, upcoming scholars in India and abroad really interested in broadening their areas of research and connecting with different streams of thought and researchers.

Let me make it clear I am not making a case for AAS or the new Ashoka University, which hosted the conference in New Delhi amid wide global outrage and protest. Paradoxically, in some ways the outrage, protest and the conference itself opened a new type of conversation, which may not be possible in many situations, contexts and countries. Yet, I also feel that the protest loses its bite once we confront the local reality in India. There is an irony here, an irony that may not be true for other parts of the world. The deprivation and favouritism in most intellectual circles and educational institutions and the hostility of the state have crushed the quest and creative spirit of an open, free and ideologically neutral discussion in India.

The AAS-in-Asia conference may be seen as a turning point in terms of opening the gates of scholarship in Asia and beyond and in connecting the local/provincial with national, or centre with state within India in a radically novel way. A new conversation, a samvad, has thus started. Let’s take it forward to our own institutions. Clearly, we need to address the types of exclusions rampant in our own public universities.

Calls for international boycott may only add to the isolation and parochialism that has eaten into our universities. The same may not hold true for the universities in the West. The new possibilities generated by the AAS-in-Asia conference and Ashoka University deserve appreciation. A call for a new imagination for our very own universities! The world looks very different from this vantage point, indeed.