Dashrath Patel: The Teacher Who Taught Students to ‘See’

On the ninth death anniversary of iconic designer and educator Dashrath Patel, his first student in exhibition design at NID, Lolita Dutta, recalls the philosophy of ‘one of the greatest teachers ever’ – look around you; the answers are all there, permeated in our lifestyle, culture and surroundings. On a warm spring day of 1978, walking down the brick lined corridors of the National Institute of Design (NID), Ahmedabad, I saw Dashrath Patel watching me approach. As I reached the end, he waved and told me to hop on to his Vespa scooter. We rode a short distance to the, then, dry banks of the Sabarmati River.

“What do you see?” he asked me. “See”? I must have looked a little surprised, for it was an endless stretch of a dry and dusty riverbank, with coloured fabric laid out to dry. Across, on the other bank, a skyline of factories spewed industrial smoke, while in a cloudless blue sky birds circled.

As I described all this, Dashrath clapped his hands with childish glee and said, “Good, you have the eyes of a designer”. 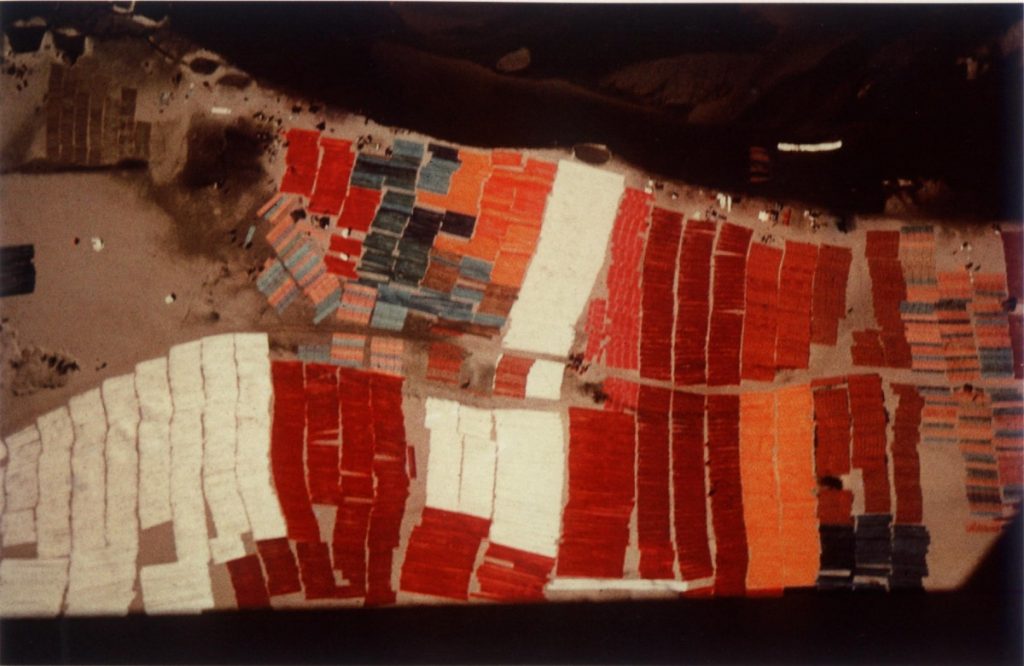 So it began, my journey under the mentorship of one of the greatest teachers ever. Dashrath, as many of us know, was one of the founding members of NID, handpicked by Gautam and Gira Sarabhai to constitute the philosophy of learning at the first design school of India.

The year was 1961. His over four decades of contribution to design and design education in India would earn him a Padma Shri in 1981, and a Padma Bhushan, posthumously, in 2011.

Even if a public person, he remained an enigma. Possessing a plethora of artistic accomplishments – from ceramics to painting to architecture to collage to photography – Dashrath had an innate sense of design. Having imbibed a design vocabulary from legendary practitioners like designer Charles Eames, inventor Buckminster Fuller, photographer Henri Cartier-Bresson, architect Louis Khan, and furniture designer George Nakashima among others, he exhibited his own uniqueness in all that he did. The inspiration from his gorgeous collection of saris, kites and textiles and his use of colour, form, texture and space manifested itself in the many palettes he worked with. 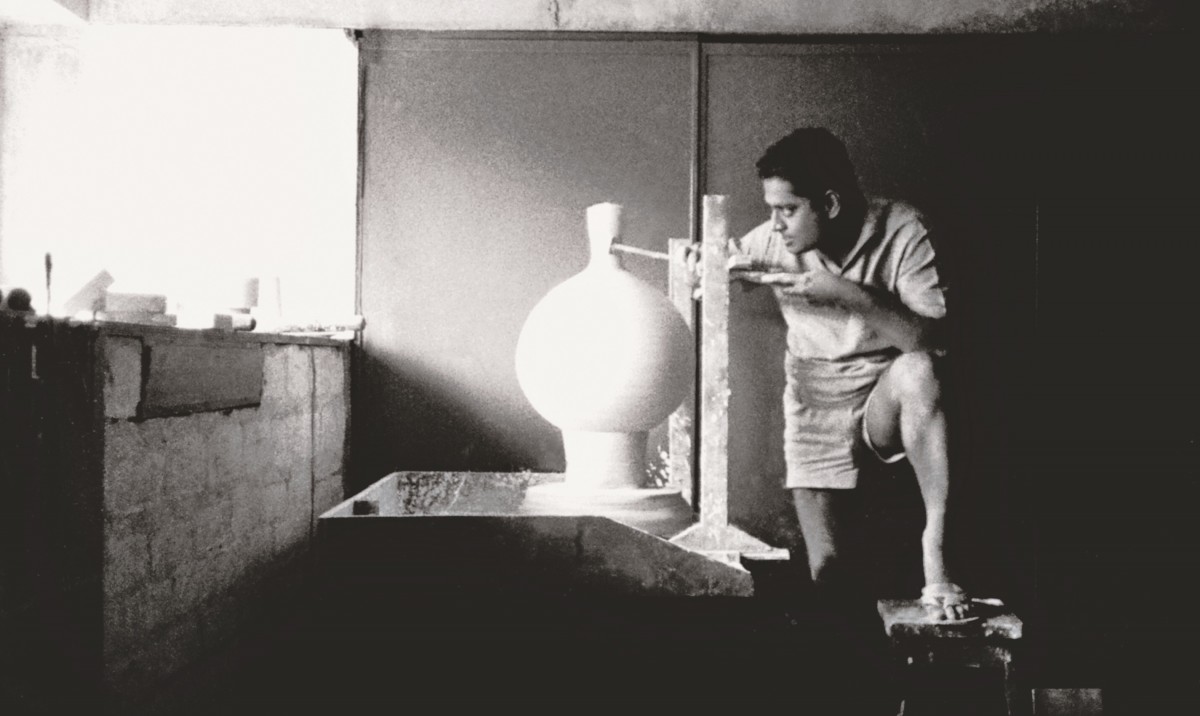 I had the unique fortune of being his first student in the, then, new discipline of ‘Exhibition Design’ at the NID. Others followed. But in his heart, I know, I held a special place. He expressed this to me years later. Unfortunately, the trajectory of life took me away from my interactions with Dashrath bhai, and I do regret I could not meet him in later years. As a mentor, Dashrath was unique. He did not follow any regime or structure of teaching. His philosophy was simple – look around you; the answers are all there, permeated in our lifestyle, our culture, our origins and our immediate surroundings. His idea of imparting a lesson often meant taking some of us on excursions to remote villages in Gujarat to look at mica mines, to watch ‘Bhavai’ folk theatre performances, to imbibe something from local street vendors and hawkers.

‘Freedom’ was a key word in Dashrath’s vocabulary. “Only if you are free can you truly experience life.” I think he lived by this principle and embraced many tenets, relations and philosophies.

Bresson, Charles Eames, and Matisse are names we often heard and, subsequently, stories around these legends. It was Bresson who got Dashrath interested in the nuances of photography and we always saw him with a camera slung around his shoulder. Matisse helped him visualise form and colour which we see in Dashrath’s amazing range of paper collages – subtle gold and silver juxtaposed with brilliant hues. Ceramics was his forte. His understanding of form, texture and function were developed through extensive line drawings and then translated into many functional forms.

Intrinsically Dashrath had a childlike quality, often teasing. “I’ll make you an egg cake,” he once told me. I watched in awe, as he made an omelette, but layered like a cake!

This quality often appeared in his work. He watched out for the extraordinary and, in doing so, made us look for the obvious within the not-so-obvious. “Lovely, no!” he would remark on a simple or a complex drawing or on a photograph. His visual aesthetic was embedded into our sensibilities from the moment we started learning from him.

His ideas, usually, took shape in the form of scribbles and drawings, which translated into structures and concepts for the many exhibitions he designed with ease. His power of conviction took him from strength to strength and it has been there for all to see in the varied spatial interventions he created and executed. 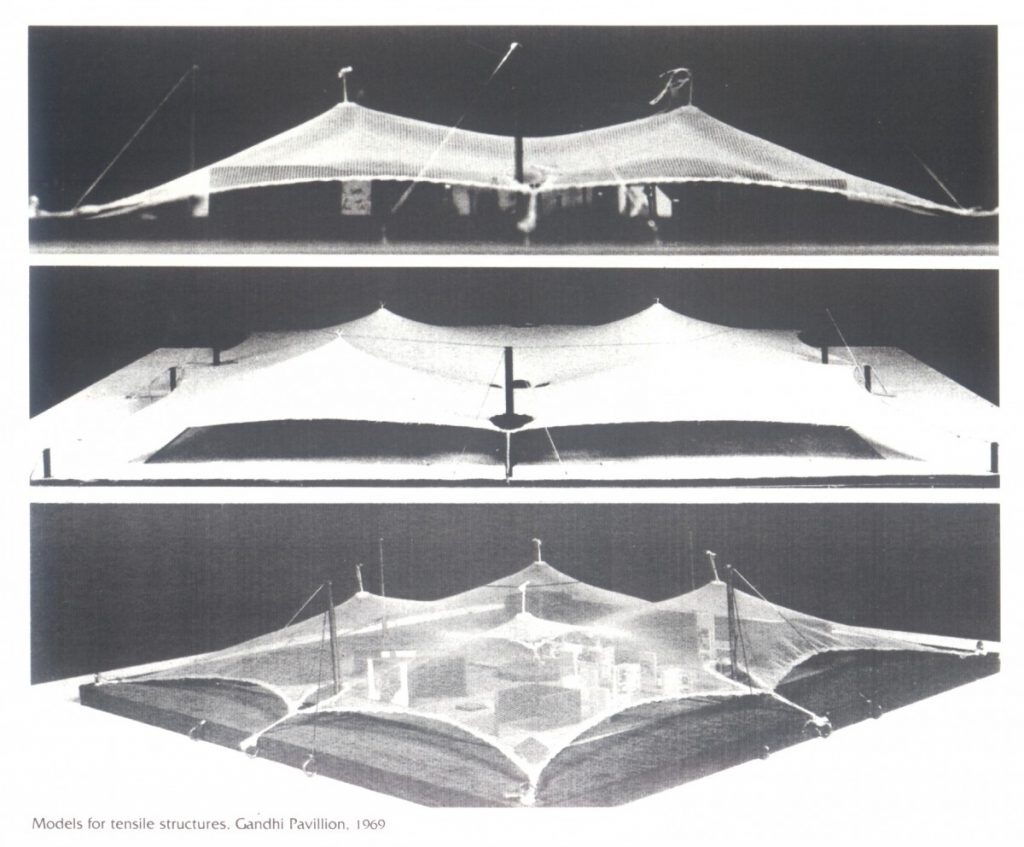 For that event, Dashrath conceptualised several installations in and around NID one of which involved the creation of a huge space frame spanning the crossroads outside NID, with large images screen-printed on cloth to be suspended within the structure. He entrusted me with the task of creating some of those images. A team comprising some of us got them printed.

In the wee hours of the morning, a handful of us, with Dashrath as the leader, succeeded in making the traffic come to a halt for the duration it took to erect the space frame. It was an unforgettable experience.

I also remember an exhibition Dashrath designed and executed for the Commonwealth exhibition in London. He asked me to create an entire section depicting Indian stories for children. I also worked on an audio visual for the same project.

Dashrath’s range of work was vast and diverse. It is difficult to pinpoint and single out any one work from his vast oeuvre. Each project was like an adventure, each painting a story. But one could see the flow in a conscious mind space and poetry in the vision. He was truly evocative.

Though he has remained an unsung hero, for me he was the person who gave the most precious gift one can give a student of design, the gift of ‘sight’.