"Today JNU failed Rajini Krish, our education system failed him ... Instead of giving hope, our education institutions offer a feeling of fear and despair." 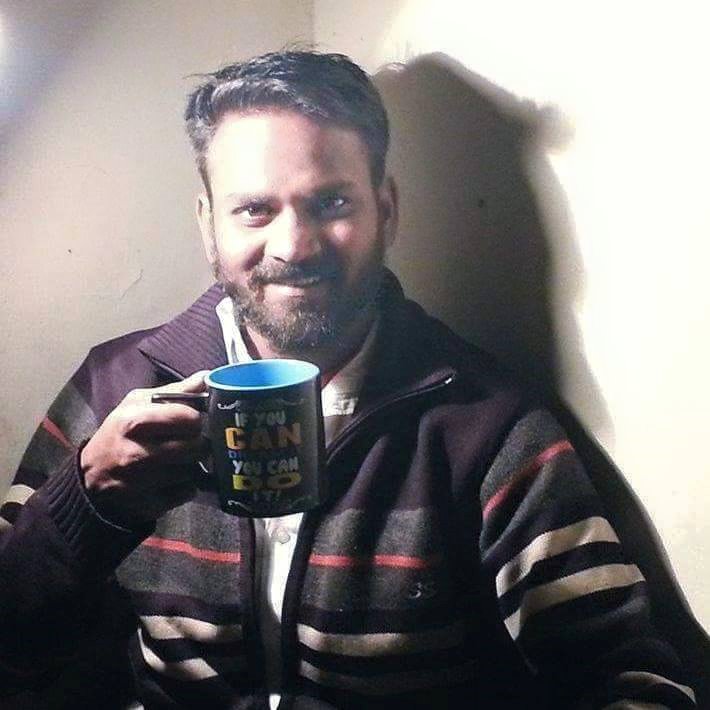 New Delhi: Fourteen months after the suicide of Hyderabad University research scholar Rohith Vemula set off a Dalit rights movement in various campuses and regions across India, a Dalit student who had been part of that struggle was found dead here on Monday with the police treating it as a case of suicide as well.

The body of Muthukrishanan, known also as Rajini Krish, was found hanging at a friend’s house near Jawaharlal Nehru University – where he had just enrolled for an MPhil.

Saket, national media coordinator of the Akhil Bharatiya Vidyarthi Parishad, said Rajini had played holi on campus and left in the afternoon with his friends. JNU has not issued any official statement yet. Umar Khalid, a PhD student at JNU who is part of the Bhagat Singh-Ambedkar Students Association, wrote on his Facebook wall, “Our universities are being turned into graveyards for the oppressed.”

Last year, Rajini had posted on Facebook how hard he had worked to get a seat at JNU. “Three times I wrote JNU – M.A Entrance. 2 Times I wrote JNU M.Phil/PhD Entrance. 2 Times I attend the interview.” He also spoke about his struggle to speak English, how he wrote his research proposal 38 times, and how he planned to write a book, titled “Junket to JNU.” Despite his struggle, he was determined and said, “I tried too, because I just do not want to give up, and I always think, Hard work never fails..”

“Today JNU failed him, our education system failed him,” Gaurav Pathania, a researcher with a University College London project on discrimination in Indian higher education, told The Wire. “We live in a society full of oppression which is reproduced in our psychology, minds and behaviour. Instead of giving hope, our education institutions offer a feeling of fear and despair. ”

Rajini had earlier been a student at the University of Hyderabad, where he had taken part in the movement of Dalit students against the suspension of Rohith Vemula following a fight with activists of the Akhil Bharatiya Vidyarthi Parishad. The ABVP had accused Rohith and other Dalit students of being “anti-national” for objecting to the imposition of the death penalty on Yakub Memon.

In an article on his personal blog last August, Rajini wrote movingly of his meeting with Rohith’s mother, Radhika Vemula, and his various encounters with Rohith too. He ended with a stunning inversion of the ‘anti-national’ taunt that the ABVP had flung Rohith and his comrades:

Dear anti-nationals, this country killed the son of an innocent mother. They said “Bharat Mata has lost her son”. But they hurt the mother by questioning her caste and identity. Can she really support their nationalism after this injustice?

Dear anti-nationals, let me tell you, one day this nation’s leader is going to sell all. Just for a selfie and for a standing ovation from the outsiders. Hundreds and hundreds of Dappa Raos are going to kill thousands of Rohiths and they are going to say, “He/She was a gifted student”. All the  intellectuals from the marginalised communities will get arrested just for mocking fictional characters. At the same time, all the leading national institutes will be headed by people who cannot even clear the 10th standard exam. These people condemn dissenters as anti-nationals and seditious. They are going to kill many Rohiths, like us, just for eating beef, for being rational, for being intellectually productive for the country. But we are the real sons of this land and after we are all killed, there will be no nation.

In his last post on Facebook, on March 10, Rajini spoke about the ongoing protests at JNU over the University Grants Commission criteria on MPhil and PhD admissions and said, “There is no equality in MPhil/PhD Admission, there is no equality in viva-voce, there is only denial of equality, denying Prof. Sukhadeo Thorat’s recommendation, denying students protest places in the Ad block, denying the education of the Marginals.”

He ended with poignant last words, “When Equality is denied everything is denied.”

The university has seen protests on the issue of MPhil and PhD admissions with students asking for a roll back of new norms which are based solely on an applicant’s performance in interviews. In December, the university’s council announced that it had adopted the UGC’s admission regulation 2016, which gave full weightage to the viva and restricts the number of students who can be mentored by professors. JNU had so far been following a formula of selection which took into consideration an applicant’s written test and their viva. The university had also followed a system of ‘deprivation points’ – for those from backward regions, women, widows, and children of war veterans. 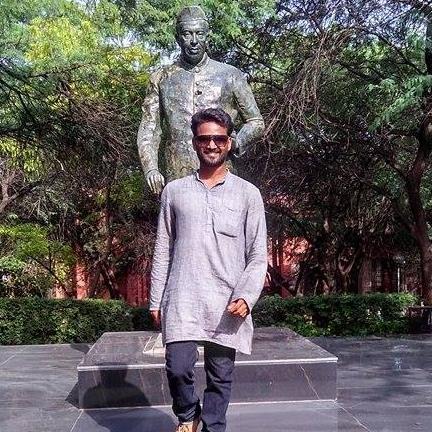 Rajini’s post made a reference to JNU’s clamp down on protest spaces with the JNU administration closing off the areas where students had traditionally held public meetings and protests, known among students as the ‘ad block,’ short for ‘administration block.’ The administration has enforced a rule to prohibit any protest at a distance of 20 meters from any JNU building.

JNU recently received the visitor’s award for best university by the president of India. The case regarding another JNU student, Najeeb Ahmed, who disappeared last October, continues to remain unresolved – with the Delhi police offering money for any information about his disappearance. Najeeb’s mother and Rohit’s mother have often protested in Delhi together about the treatment of their sons.

Rohith’s case kicked off a furious debate in parliament, with the Modi government and Smriti Irani, the Union human resource development minister at the time, on the back foot for having instigated Hyderabad University’s harsh action against the Dalit students. The HRD ministry responded by launching an investigation into whether Rohith and his mother were really Dalits and concluded, to the astonishment of many, that they were not.

If it is conclusively ruled a suicide, Rajini’s death, coming on the heels of the ‘administrative killing’ of Rohith Vemula will sharpen the debate on the precarious position of Dalits and other marginalised communities in India’s institutions of higher education. Though Dalits are entitled to admission under the system of reservation, they remain handicapped by a combination of economic deprivation, overt discrimination and teaching and administrative staff that are not inclined or able to provide a nurturing environment.

“We saw the body-bag containing Krish Rajini ‘s body being pushed inside that cold mortuary,” JNU student and activist Anirban Bhhattacharya wrote on his Facebook page. “But that body-bag didn’t just contain Krish’s body. It contained a whole lot of questions that the system prefers to keep in that cold storage.”

Bhattacharya said that he had met and come to know Rajini Krish when he came for his MPhil interview in 2016:

We discussed his proposal before his interview. He wanted to locate the largely invisibilised question of caste in the demographic changes brought about by late-colonial policies. He was ecstatic to get through. He was a first generation learner. And the only one from his village who made it this far. He was evidently excited about his research. But what was bothering him? What were those constraints? Why is a first generation learner from a dalit background forced to commit suicide in a university space? Why are our university spaces not being able to provide that support and environ where he could sustain his life and studies?