While malls, theatres and other forms of economic activity are gradually resuming, reopening schools doesn't seem to be the government's priority, adversely affecting millions of children.

Sarwari is an ASHA worker in her early 30s working in affiliation with a PHC (primary health centre) near the Jama Masjid of old Lucknow. Her only daughter Zoya was in sixth grade before the pandemic-induced lockdown shut all schools across the country last year. She was going to a government school located near her home in the Chowk area of Lucknow, looking forward to her classes every day (her favourite subject being geography), meeting her friends, participating in extra-curricular activities (dance, particularly) and sports (badminton, mostly).

After the curfew-style lockdown was put in effect in March 2020, and as physical school learning switched abruptly to ‘remote learning’, all communication with her teachers for Zoya happened only over a smartphone. Meeting with friends wasn’t possible, and no extra-curricular activities could be planned as they were before.

Sarwari didn’t have a smartphone for her daughter at first. As Zoya needed it, she bought one immediately for Rs 6,000 using her savings. However, Sarwari overtime had observed how Zoya lost attention and motivation to study. The scheduled online classes didn’t happen on time for most days. For someone who enjoyed group-based exercises, Zoya found herself lost sitting in front of a small electronic device.

Internet connection for most students was quite poor (as Zoya mentioned), causing disruptions during online classes. Tests and homework were shared over WhatsApp, and learning outcomes worsened for kids. Once a topper in class, Zoya felt she was not keen to learn or even engage with her teachers.

Moreover, as was the case with most frontline health workers (ASHA, ANMs and doctors), when Sarwari was put on an emergency COVID-19 medical duty, all correspondence for work shifted to WhatsApp, requiring constant communication with her PHC staff. This meant that she needed a smartphone as well. Unable to buy another mobile set, Sarwari, in the coming weeks, couldn’t provide her daughter with the phone she bought for her – due to the fear of losing her job and pay.

As Zoya started spending more time doing household chores and continued to miss her ‘remote learning lessons’ for months, she ultimately dropped out of school and has remained out of school since July 2020 up until now.

Millions of young children across India have faced this in the last year and a half. Those, like Sarwari, with meagre incomes and vulnerable jobs, have been forced to sacrifice their kids’ education for making their own ends meet. Kids have dropped out of school, and girls have been expected to contribute more towards household work (when they can’t go to school). 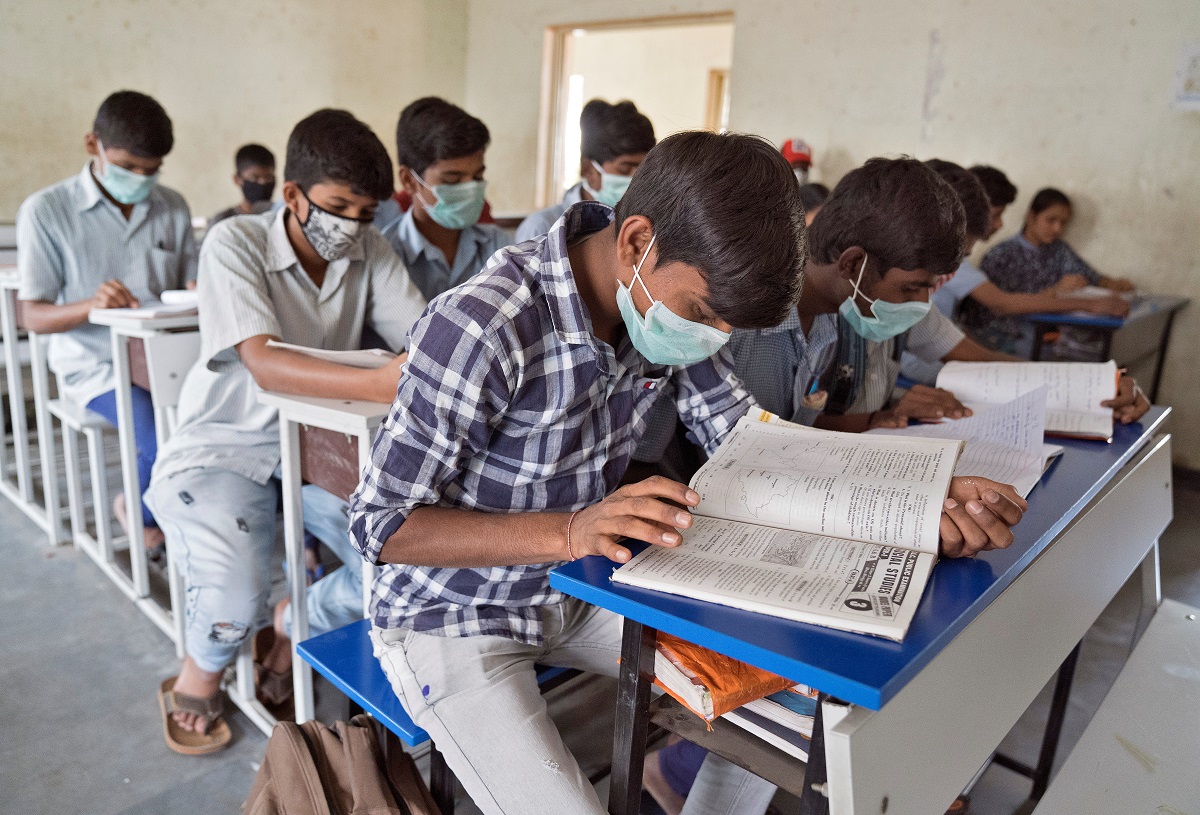 In India’s highly unorganised and informal workforce, where 81% of total workers are based, the situation of kids is likely to be far worse.

In a field study undertaken by our centre across Lucknow, Pune, Bhopal, Jhansi, Katni focusing on daily wage workers, domestic workers and frontline reproductive health workers (ASHAs), we observed how more than 95% of our respondents mentioned that their kid had either dropped out of school or had stopped learning, after the ‘remote learning’ had begun.

Some might argue the impact of the pandemic and the indifference reflected in the government’s response (or failure) to prioritise children’s education – by increasing vaccinations and creating better arrangements – isn’t just the case in India.

Even in other developing regions like Latin America, where pandemic wreaked havoc last year and early this year, the region suffered one of the longest school shutdowns in the world; nearly 16 months in some areas. Millions dropped out of school. The World Bank estimates 1.8 million kids left education in Mexico because of the pandemic or economic hardship. Ecuador lost almost 90,000 primary and secondary school students. In Peru, almost 170,000. These numbers are likely to be far worse, as many kids like Zoya may be missing in official statistics. And those, still enrolled, are struggling to cope, with the changes.

As a teacher, I am deeply disappointed and frustrated with our own government’s response.

At a time when all forms of ‘essential’ economic activity – malls, shopping complexes, cinema theatres, gyms, salons, spas, sports complexes, etc. – are all being ‘reopened’, and life is gradually returning to normal, (re)opening schools and universities has been the government’s last priority. Why? No one really knows.

Even during the harshest lockdown last year, there was very limited attention given to how ‘education’ could be affected. The switch to the online mode of learning has exacerbated the digital gulf, across social and income classes. Many kids like Zoya either couldn’t get a smartphone or found it terribly hard to learn online. Elite institutions and universities, with preexisting digital infrastructure and available financial capital, have been able to scale up their resources, necessitated by online learning.

Still, even where remote learning made lectures possible and reachable to those who could afford it, aggregate ‘learning outcomes’ and the ‘motivation to learn’ have dwindled among most of our students. Most universities and higher education institutions have struggled with this too.

Twelfth standard class students, covering their faces to protect themselves from Covid-19, take a look of their notes before entering an examination hall, at a school in Chennai on Tuesday, March 24, 2020. Photo: PTI/R Gnanasasthaa.

At my own university, a private elite institution, we have observed how mental health issues drastically rose among students, with most of them finding it difficult to learn (or concentrate) through online platforms. For teachers too, it has been a challenge to adapt to online teaching, keep students engaged and motivate them to learn throughout a semester. (See here for a discussion on the gendered impact, and how adversely this affected women.)

From a policy perspective, what’s stranger to understand is the ‘schizophrenic’ approach taken by the Narendra Modi government towards education, even in the current context. Last year the Prime Minister unveiled his government’s ambitious National Education Policy (NEP) plan, an elegant prescription for transforming India’s education landscape that took decades for consultation, coming with a 6% GDP spending commitment to education. We haven’t seen much going forward in this regard. I have earlier argued how this policy plan, as important and well-drafted it may be, may continue to suffer from ‘bureaucratic overload’ in times to come.

But more than faltering on the execution front, what must be asked is the intent of the Union government (and including states) to get most students back to schools and universities. The governments can take insights from scholars and experts who have already suggested creating a ‘blended classroom’ environment, where learning happens using both online and offline methods.

Some of them have also suggested tapping into the widespread public broadcasting network – available to the government – for creating more ‘on-demand’ delivery of educational content (for each school subject), in areas where lockdown is strictly needed. Besides, schools and colleges need more fiscal support to adjust their teaching-learning ecosystem to a post-pandemic reality. However, sadly, nothing concrete has been done so far.

For a political leader who boasts of India’s ‘demographic dividend’ and its unique potential in a rapidly ageing world, there is so much more that the government – and its leadership – can do to help students. Unfortunately, as each day passes, and our kids stay away from schools, colleges and universities, the country does irreversible harm to them and to their (/India’s) future.