Somehow commonly-held views about the benefits of a college degree remain in vogue in India even though reports have drawn attention to the low levels of employability of college graduates. 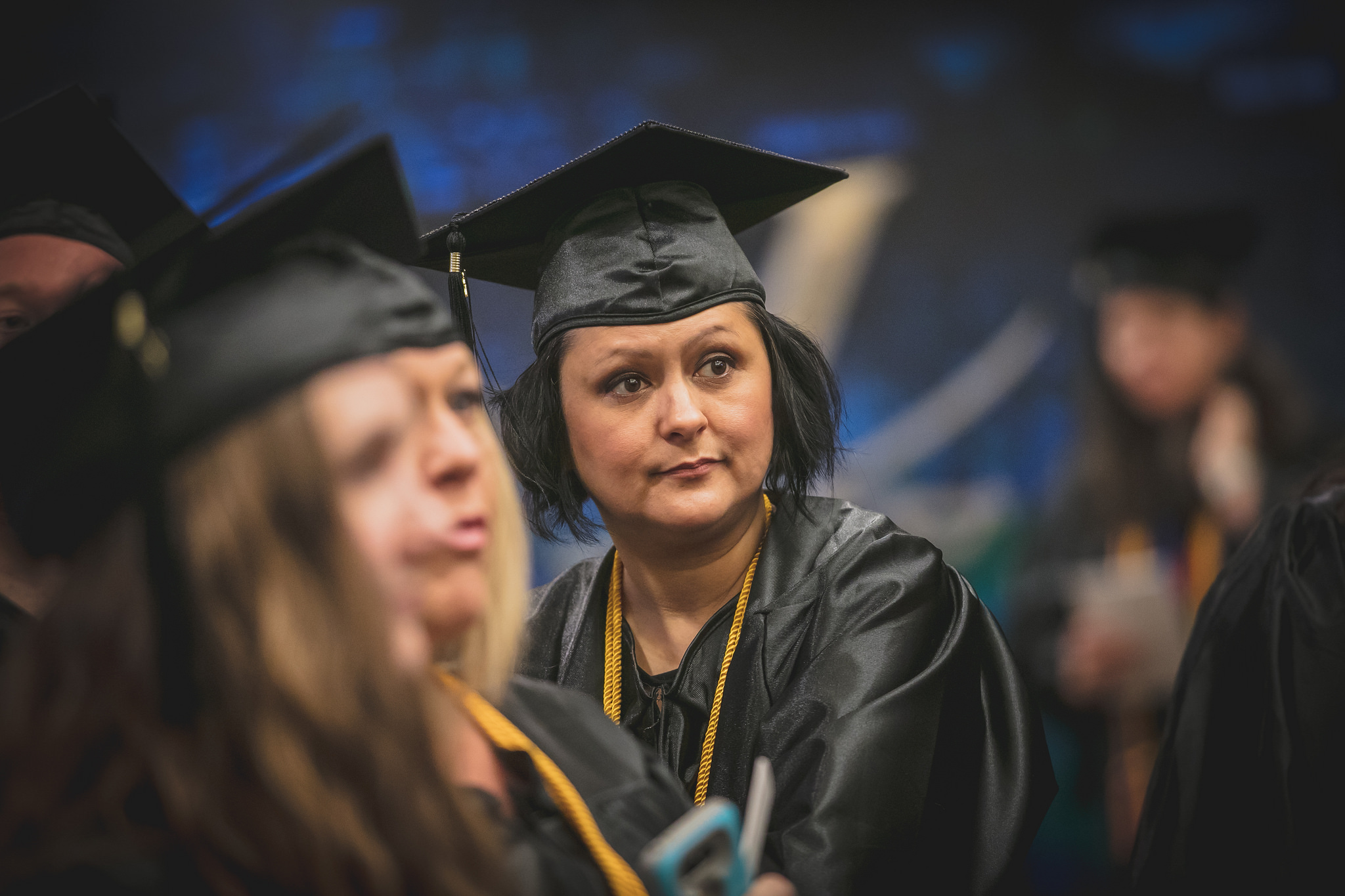 The high cost of obtaining a college degree has meant that, for many students, the only way to finance their education is by incurring debt. Credit: piedmontvacc/Flickr, CC BY 2.0

In the past, a college degree commonly provided a safe ticket to a good life. This is no longer the case. A college degree is still useful, even more than, but its benefits are becoming increasingly uncertain, unequal and less-than-expected due to overabundance (of degrees), automation, the spiralling cost of education and other factors. There is a debate emerging in the US, as well in some other Western nations, on the value of a college degree, whether or not it improves the life chances of young people and the extent to which it does.

Looking at a fairly large number of scholarly and informed journalistic writings on the subject, though primarily US-focused, we noted that the sum benefits of college education are unequal after we factor class, gender and ethnic and other such differences into the equation, not necessarily in that order. Overall, college education makes a whole lot of difference when one chooses the ‘right’ discipline, attends the ‘right’ college, obtains the ‘right’ grades but also belongs to the ‘right’ social group. In other cases, the benefits tend to be less significant than expected. It is not surprising then that the conventional wisdom regarding the usefulness of a college degree has come to be challenged more vociferously than ever before. Several caveats have now been introduced in the hitherto taken-for-granted positive relationship between college education and the life chances of young people.

A discussion on the benefits of a college degree is relevant to most countries, including India, where the cost of college education is rising, or is already high or even prohibitive for many young people; and/or where employment opportunities are limited due to economic slowdown or other factors; and/or where there is an overabundance of young people with college degrees, making the labour market extremely competitive; and/or where employment opportunities do exist, but there is a shortage of suitably-qualified or trained young people. When one or more of such conditions exist, the returns from a college degree are more likely to be uncertain, unequal and lower-than-expected.

In India, the conventional wisdom still holds sway, that a college degree provides a safe ticket to a good job and comfortable life.

A fairly large number of studies confirm that there are clear benefits of school and college education (not surprisingly, however, they also show that the benefits of education vary significantly not only by the level of education but also by caste, gender, religion, family background and English-language skills). There is therefore a clear justification for growing numbers of young people to turn to college education. Indeed, much of the growth in college enrolment is driven by first-generation and low-income students (to whom we return to at the end of this article).

Enrolment has grown stupendously across the country at both public and private institutions. The government’s keenness to raise the gross enrolment ratio (GERs) – which stands at 24.5% (2015-16) and is expected to rise to 30% in the coming years – also indicates that it sees college education as beneficial for not only young people but also for the nation. An educated work force, it is rightly believed, is not only needed for modern-era jobs but is also more productive and therefore an important driver of economic growth.

We insist in this article, however, that a degree from most higher education institutions in India adds very little of value to the knowledge and skill levels of students so that the benefits of education remain minimal and certainly less than what might be expected. Note that we are not denying the overall benefits of college education on one’s life chances per se but only arguing that its benefits may not be what they are cranked up to be.

It is curious that commonly-held views about the benefits of a college degree remain in vogue in India even though numerous reports have regularly drawn attention to the low levels of employability of college graduates. While research findings on the return from technical education such as engineering show high returns, one should keep in mind that these numbers are all about averages and not all-revealing because of the very high post-graduation earnings by a relatively small number of students. There is no other way to understand high returns on education in India despite low levels of employability across disciplines, including engineering.

If we probe deeper to understand the reasons for low levels of employability, we find several problem areas in the education sector, all of which feed growing doubts that those earning a college degree will improve their life chances significantly. Of course, they may do better than their parents or at least better than what they might have without a degree. However, that is definitely less than what they would have expected contrary to their perception that college education would to improve their life chances significantly.

There are four compelling reasons to doubt the usefulness of a college degree in improving one’s life chances.

1. Poor schooling – College education rests on a weak base of school education. Public and private schools compete with each other in this regard. Worse still, improvements in the overall quality of school education are slow and/or insignificant at best. What this means is that large numbers of college students at any given time in any given classroom consist of those who are ‘behind’ in reading, comprehension, mathematics and other areas. They must ‘catch up’ at the college level. However, the quality of education at most colleges across the country too is dismal. Most of the faculty is poorly-trained and/or de-motivated by the extreme politicisation and broken state of higher education. They are incapable of lifting students who are already behind so that students continue to fall further behind. At the end of it, of course, most students are handed a college degree but remain incapable of securing employment that is commensurate with their degree.

Perhaps the most damning evidence of the failure of India’s education system can be seen in employability reports though in all fairness, the situation appears to be improving. According to the India Skills Report, employability has slowly increased over the past four years, up from 33.9% in 2014, 37.2% in 2015, 38.1% in 2016 and 40.4% now.

The high cost of obtaining a college degree has meant that, for many students, the only way to finance their education is by incurring debt. A study found that over 71% of parents in India were willing to go into debt to fund their child’s university or college education. However, given the poor quality of education on offer across the higher education sector, students – even those with degrees in engineering – often fail to secure meaningful employment. Student debt, more often than not, becomes a humungous burden.

4. Weak job market – There is growing evidence that India is not doing too well on the job creation front, certainly in the context of the growing numbers of college-going students who are looking for jobs commensurate with their degrees. At the same time, there are multiple reports pointing to serious skill shortages in the country. The overall impact of a weak job market and the lack of suitable skills among educated young people for available jobs is the same – unemployment or underemployment.

When thinking about the benefits of college education, what is especially of concern is that low-income groups and those who belong to families where the parents did not attend college also subscribe to the idea that a college degree improves one’s life chances.

When larger numbers of first-generation students begin to attend college, the higher education sector must grow accordingly in order to accommodate them. Many more colleges and universities need to be built and/or the capacity of existing institutions need to expand. However, the growth of public institutions has not kept pace with the rising demand for college education; instead, a poorly-regulated private sector has been allowed to step in and make merry at the expense of students and parents. As mentioned earlier, the private sector has grown impressively in importance and size even though private institutions are expensive and most offer poor quality education.

The rapid growth of the private sector has serious consequences for growing numbers of India’s young population. Such students (and their parents) have very little idea about what ‘good’ education means; or have the proper information or knowledge about disciplines which offer greater chances of employability; or are knowledgeable about the kinds of opportunities that are or will be available in the labour market and so on. This makes them easy prey for private providers who spare no efforts or expenses in advertising and connecting to their aspirations. They subsequently borrow fairly large sums of money to secure worthless degrees. While public institutions are not much better (and even worse in many cases) in terms of the quality of education they offer or in terms of employability, they are at least not prohibitively expensive and do not leave students and families with a large debt in addition to bleak life chances.

A larger debate on the relationship between college degrees and the life the young people is overdue. This is important because of the sheer numbers of young Indians attending college with the expectation that their lives will become significantly better because of that education.

A clear understanding of the relationship between college education and one’s life chances in the Indian context is also vital for social peace. A large and growing mass of young people with college degrees left disappointed and frustrated in terms of their job prospects and actual employment are a potential threat to the nation’s political and social stability. Maheshwar Peri is right: India is headed towards a demographic disaster unless the current situation changes dramatically.

Madhvi Gupta is an independent researcher based in Goa. Pushkar is director, the International Centre Goa (Goa), Dona Paula. The views expressed here are personal.