Clueless Officials Leave Students With Disabilities in Assam in a Lurch 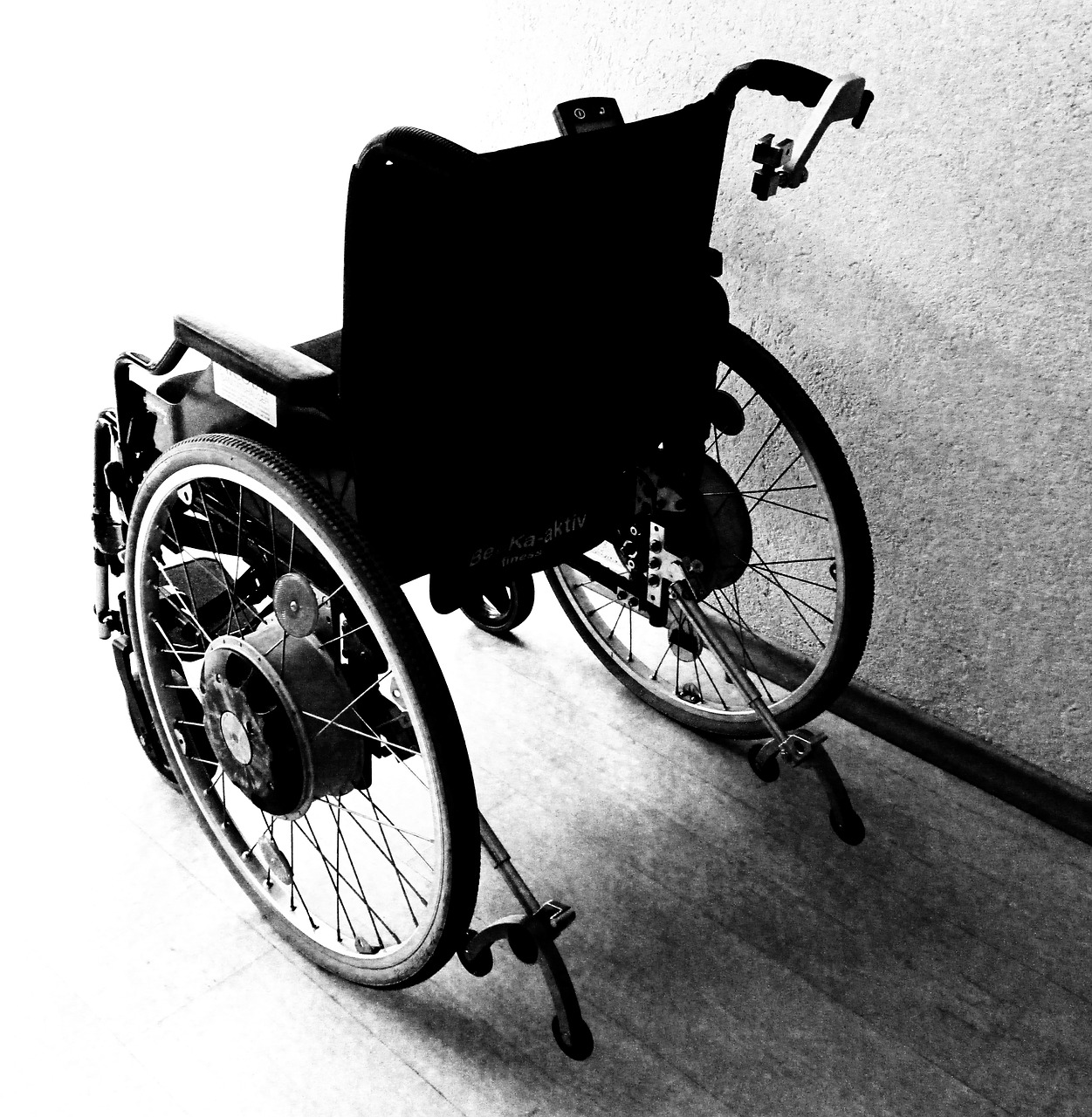 Guwahati: In January, Tarali Saikia (name changed), a wheelchair-bound student was taken aback when during an admission interview at a prestigious Northeast-based university, she was asked by an administrator, looking at her physical condition, how she would commute to the university and stay by herself since her physical condition was a barrier to accessibility.

Saikia’s initial denial of admission by the university contradicted the University Grants Commission (UGC) guidelines that stipulate 5% relaxation in marks for candidates belonging to Scheduled Caste/Tribe, Other Backward Classes (OBC) and Persons with Disabilities (PWD).

A city-based disability advocacy group which intervened on behalf of Saikia, pointed out that her admission was arbitrarily denied on the grounds that the university did not have such relaxation norms. After their intervention, Saikia, who had earlier completed her Masters from a foreign university, was given admission into the regional university and is now waiting for her PhD academic session to begin.

Saikia is among scores of students with disabilities across the state that either face outward rejection based on their physical conditions or whose needs are overlooked during important examinations by invigilators despite existing UGC guidelines specifying facilities like extra time and other accessibilities for them.

Outward rejection of admission based on physical conditions and refusal of access to candidates due to ignorance of existening guidelines often put students with disabilities on tenterhooks.

“The matter has been resolved now. But it [has] to be noted why the issue was raised in the first place. Looking at my physical condition, I was asked how I will be able to come to the university and how will I manage myself. We have existing rules and guidelines to support students with disabilities in their higher academic pursuits. But sadly ignorance towards such guidelines [leading] to rejection among educational authorities is quite common. I know about the guidelines which is why I could raise the issue but what about those students who do not know. They are utterly helpless,” Saikia told The Wire on promise of anonymity.

Last December, on the occasion of International Day of Persons with Disabilities, vice president Venkaiah Naidu arrived in the state capital to inaugurate Deen Dayal Divyangjan Sahajya Achoni, a scheme under which 4.5 lakh persons with disability in the state will receive Rs 5,000 as one=time assistance for their medical treatment.

In his speech, Naidu, though seemed inspired in calling for an attitudinal shift to address the issue of removing barriers in public spaces for persons with disability, overlooked the important points on how ambitious and talented students are left in the lurch in their pursuits for higher education due to ignorance about existing guidelines and norms.

“We must have separate arrangements for the people who are differently abled. It should be made mandatory that all schools, colleges, malls, cinema halls, restaurants and others have such arrangements for such people in the country. This is our responsibility to make proper facilities for the people with different physical conditions who are our brothers and sisters,” said Naidu.

With class 10 state board exam or High School Leaving Certificate Examination (HSLCE) conducted by the Board of Secondary Education Assam (commonly known as SEBA) already underway, and with only another week left for the exams to get over, it is unclear as to how many students with disability have appeared. This time around 3.5 lakh students are appearing for the state board exams. But according to officials at SEBA the exact number of candidates with disabilities has not been ascertained yet.

“Right now it is difficult to ascertain how many students with disability have appeared. It will be made clear once the result process begins, [Another] month left for that procedure to begin. But what I can say is that a total of 15 visually impaired students across the state are appearing for the exam in five centres,” said Nayan Jyoti Sarmah, controller of examinations, SEBA.

Instances of exam candidates with disabilities appearing for either state  board exams or graduate or post-graduate examinations being denied proper facilities and allocation of extra time as per guidelines by exam centres’ officials have emerged in the last few years.

The ignorance displayed by exam centre officials towards candidates with disabilities and their right to access facilities has not only led to disheartenment and disappointment among the candidates, but also scoring of low marks.

As per the 2013 guidelines of the Ministry of Social Justice and Empowerment, Department of Disability Affairs, “the word extra time or additional time taken i.e. being currently used should be changed to compensatory time. The same should not be less than 20 minutes/hour of the examination for persons who are making use of scribe/reader/lab assistant [sic]”. 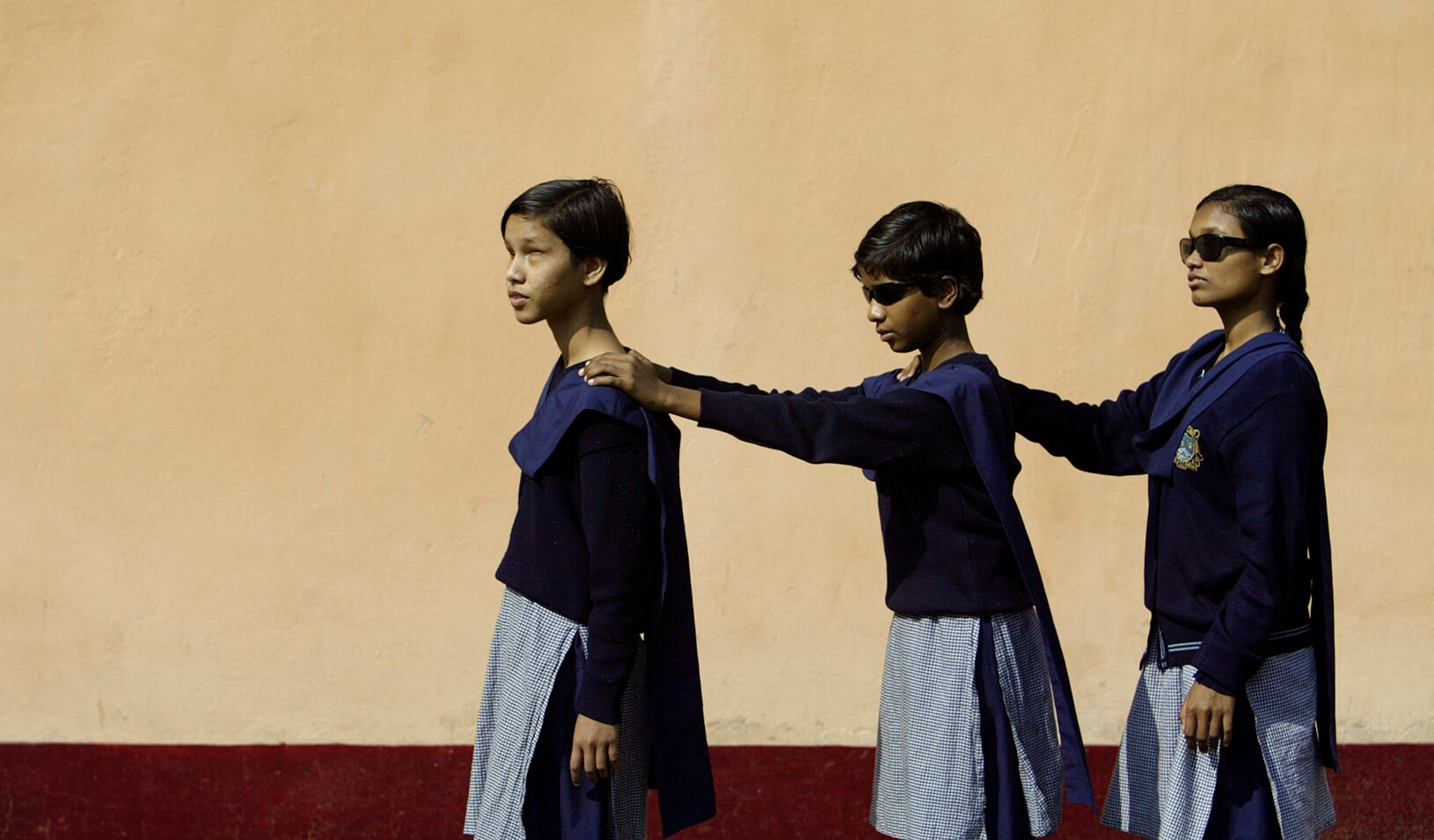 Last year, four visually impaired students appearing for the HSLC exams from Jorhat Blind School experienced a rude awakening when they were denied the allotted four hours extra time to write their exams. The students were told by exam centre officials at Ballya Bhavan School that only 20 minutes would be allotted as per the ‘notification’ they had received.

This is also flouts guidelines which requires scribes from ninth standard to be allotted to  visually impaired students appearing for HSLC examination as they are acquainted with specific terminologies and are able to fill up fields in the exam paper pertaining to exam registration numbers and admit cards.

For Jorhat-based Anima Bora who is 100% blind, the regular denial of allotted facilities for exam candidate with disabilities is a cruel reminder of her own case in 2016 when she was blatantly denied extra time while appearing for her first semester post-graduate exams.

A single mother, Bora, 44, whose husband passed away few years ago, had her hopes pinned on her academic pursuits. It was only after intervention from a disabled rights body that her case came into the spotlight.

“Back then when I had asked for extra time I was denied. I was supposed to be given 20 minutes extra per hour. The principal of the examination centre then called up the Institute of Distance and Open Learning (IDOL) from where I was pursuing a distance post-graduate programme in Assamese. The principal was told that no such existing rule exists. My exam papers were then taken. It was only [after external] intervention that IDOL finally decided to grant me extra time. I only ask why such denial of allotted facilities should be repeated every year. I don’t need any pity or sympathy from the state government but what I want is that whatever guidelines or rights are at place should be implemented and respected,” said Bora.

Such instances are not limited to students who are visually impaired. Last year, Mohan Saikia (name changed), who has cerebral palsy, scored first division with three letters in English, Assamese and Social Science in the HSLC examination. Saikia walks with a help of a stick and his hands do not function efficiently. He prepared for the examination all by himself, without the help of private tuitions.

But during the examination, due to a goof up on his school’s part in not notifying his special condition to the examination centre, he had been allotted a classroom that was not on the ground floor.

“It was difficult for me to climb up the stairs. The school should have been careful owing to my condition. But I have forgotten that and now I want to go ahead in life,” said Saikia.

Shishu Sarothi, a leading not-for-profit organisation based in the city, working towards empowerment and rights advocacy for children and persons with multiple disabilities, has to pitch in when exam candidates with disabilities are denied the allotted facilities.

“Last year Munmi Gogoi, a student with visual impairment secured 1st division and Monmohan Rai also with visual impairment secured 2nd division from Moran Blind School. It may be noted that they were given a scribe who were from the eight standards. This greatly hampered in their performance as the eight standard scribes were not aware of the terminologies, signs, symbols and formulas used in tenth standard Mathematics and Science”, said Amvalika Senapati, coordinator of Disability Law Unit-North East, Shishu Sarothi.

With just a few months left for the results, and a week left for the HSLC exams to get over, the people at Shishu Sarothi are ready to pitch in their support if cases where exam candidates with disabilities are denied their rights emerge.

“What is required as of now is that the state government should approach the issue in a serious tone. Every year it is the same thing all over again. The candidates have the right to fulfil their academic pursuits and the state should help them achieve that. The attitude should change and officers from the education department from the top to the bottom should be well acquainted with the guidelines and norms. In most cases we have seen that principals of schools are not aware. Admission refusal and attitudinal barriers tantamount to prejudice and denial of rights towards students with disabilities,” said Arman Ali, executive director of Shishu Sarothi, who himself was targeted in a cinema hall last year for not being able to stand during the the national anthem.