A Quiet Epidemic of Clerical Work Is Choking Public Education

Having a peaceful place to write, think and teach without fear is not a privilege but a basic right for every academic. 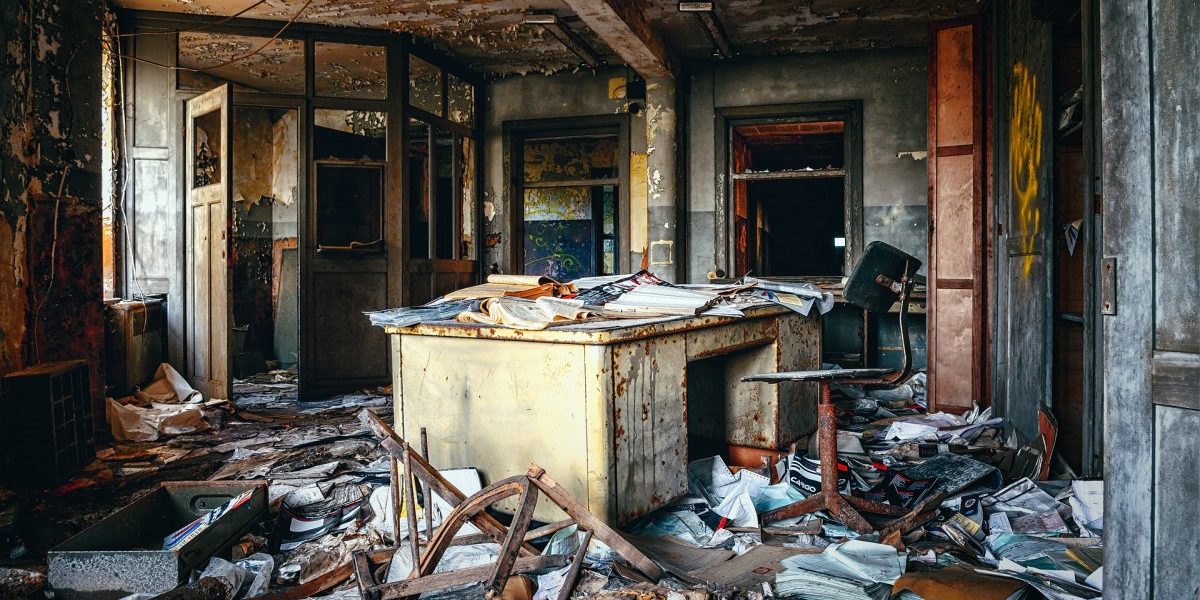 Burying the purpose of education in a mass of bureaucratic aspirations has rendered the act of teaching joyless. Photo: Tama66/pixabay 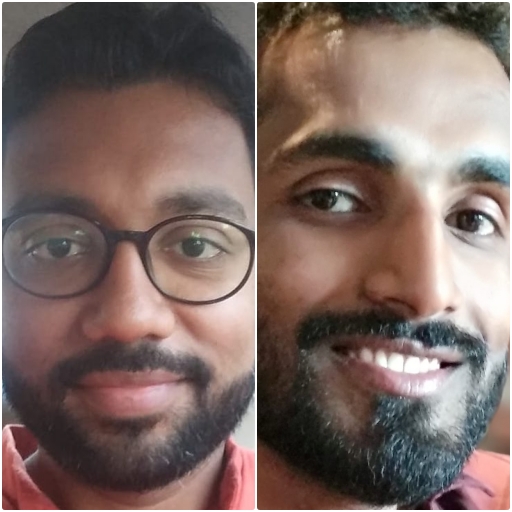 One of the authors (Kiran) first worked at a new private university on the outskirts of Jaipur. He had joined the English department as an assistant professor shortly after completing his PhD at the University of California, Berkeley. He was convinced that he would not get a job in his own field of expertise – modern Tamil literature – plus the postdoctoral positions were very competitive.

Although he was lonely and homesick in America, the possibility of returning to India made him anxious. He had never worked in India but he was told that a foreign degree would strengthen his chances of getting a job. A friend who had joined the history department of the university told him there were vacancies. When he was applying, he discovered the website had no description of the kind of the person they wanted. The fear of being unemployed was greater than his reluctance to move to a newly set up university in rural Rajasthan.

His application was shortlisted and he was invited to visit the temporary campus: a couple of freshly whitewashed buildings sandwiched between two villages. He was made to wait for a long time in the administrative office before he could meet the vice-chancellor, a surprisingly pleasant man. But to his disappointment, after he told the VC that his expertise was in literature and not language, the VC said the university had not made any provisions for appointing language experts.

That was his first experience of the ignorance of engineers and technocrats who don’t understand the difference between language and literature experts. We see this happening in most departments of humanities and social sciences in leading technical and scientific institutions in India.

He was fortunately offered the position a month later. The offer letter he received mentioned his salary bracket along with some terms and conditions to protect its own reputation from any potential trouble. Faculty members were provided lodging in a housing complex full of large three-storied apartments with cots, tables and nothing else. It was scorching in the summers and freezing in the winters. He shared his flat with three colleagues who later became his only friends.

Hardly any of the 300 students were interested in what a teacher had to say about communicative English. Faculty members were made to stick to a rather unimaginative syllabus designed by a head of the department more interested in advancing his career as an administrator. The management had even divided the class into different sections based on the students’ grades, precipitating a lot of resentment among underperforming students who believed the university was against them.

Kiran was sympathetic to their problems but otherwise powerless. Grading hundreds of mediocre answer scripts at the end of the semester only reminded him of the futility of being a teacher. Most suffered in a competitive environment hostile to any form of creativity and self-exploration; when they realised they couldn’t cope, they grew depressed, and there was no one they could turn to.

But what really contributed to the university’s unpleasant ethos was that most of the men in positions of authority were retired army, navy and air-force officials who had no teaching credentials and scholarship. They ruled the university like their own fiefdom and did not hesitate to wield punitive measures to suppress any signs of protest. They expected their junior colleagues to address them as ‘sir’ and did not imagine they could have any claims to their own dignity and intellect. If they were condescending to younger men, they were chivalrous towards their female colleagues who apparently needed ‘protection’. This was their idea of feminism.

They were so insecure about their position in the hierarchy of the administration that they expected their names to appear in the same order of seniority in all the emails that were addressed to them! The very possibility of mobilising students and faculty members was unthinkable on a campus so hostile to any form of intellectualism. Considering the political beliefs of the founders of the university matched those of the ruling dispensation, none of this was surprising. The hierarchy between senior and junior faculty members is evidently present in most Indian institutions, where you hear an assistant professor addressing an associate professor from the same department as ‘sir’ and ‘madam’ – sometimes to the extent that one even encounters ad hoc and temporary assistant professors call the permanent assistant professors ‘sir’ or ‘madam’.

The only saving grace was the friendships Kiran forged with some of the senior students, and the literary club he formed where he discussed short stories, organised debates and poetry- and essay-writing competitions. The club threw up many occasions on which he and his students could share their lives’ stories. He spent hours at the printers in Jaipur editing their annual literary magazine. The getaways to the city were precious moments of freedom from the stifling anxiety of campus life.

He realised ultimately that some of these friendships were possible because he had never taught them. Friendships with students are difficult in a sterile academic environment that is driven by a spirit of competition and quantifiable targets. Students thus begin to associate the teacher with a subject that is not on their list of priorities but unfortunately has to be cleared.

The insignificant lives of Indian PhDs Elite private universities in India lack all originality; they exist seemingly only as wannabe Ivy League institutes. They typically look for American PhD-holders to join as faculty members, and what matters to them is whether they can use these ‘laureates’ to attract more students. In their eyes, those who did not go abroad for their PhDs, or don’t have the necessary economic and social background to do so, are ‘inferior’.

Even PhDs from many leading Indian universities are often not good enough because they are perceived to be substandard. Indeed, the administrators of elite universities often advertise that their teachers have graduated from the likes of Harvard University and the Massachusetts Institute of Technology. Such institutes also don’t follow constitutionally guaranteed reservations for appointments and admissions – which makes them an ideal place for the typical Indian middle class.

In public institutions and colleges where we work, the focus is more on rules and less on quality education. One has to deal with a tremendous amount of bureaucracy in these places, where one is also not treated as an academic but is expected to undertake all kinds of clerical work. If a professor is invited to lecture at a foreign institution and/or at institutions of national importance, she is expected to justify its relevance to the concerned authorities.

A great hypocrisy of these institutions is their desire for accreditation by the National Assessment and Accreditation Council, including for the best scores in all columns. Administrators send emails asking for details of faculty members’ publications and invited talks to ‘showcase’ the institution – a humiliating exercise considering these institutions never support research by giving their teachers the time to write or even think. Moreover, the hard work that goes into writing during weekends and vacations become easy data for them. Thus, many of us are forced to forsake our personal lives and often forego fieldwork and archival work as well.

Not all of us write and publish to win points and advance our careers. We write because it is often the only way to find happiness in a world of monotony and mediocrity, to feel alive in a stifling institution. Excessive teaching responsibilities alienate teachers from their teaching and students by reducing the latter to mere followers of a ‘syllabus’, and dismissing any form of discussion and critical thinking as ‘not part of the syllabus’. In effect, such education administration refuses to acknowledge us as thinking individuals with dignity.

Moreover, institutions regularly infantilise teachers and professors. Comments like “research is your personal work, and you are doing it for your personal growth” and “these are things you should be doing during your free time” when there is no time, as if one’s scholarship has no implications to the overall growth of an institution, fly thick and fast.

This narrow understanding and lack of vision destroys imagination and progress. Teaching and learning are no longer joyful experiences for teachers and students. In effect, the students lack interpretive skills since they have not been trained to be critical.

Having a peaceful place to write, think and teach without fear is not a privilege but a basic right for every academic. What we have tried to describe is a skewed market where education has been instrumentalised as a commodity with opportunities for profit, with quantifiable targets. A hierarchy of institutions ruled by discriminatory administrators separates people with similar qualifications.

What we need is administration that does not have an instrumental view of thinking, writing and teaching, and understands its intellectual and social importance for and beyond the university. We need administrators who are thinkers in their own right and who do not treat their fellow colleagues like ‘minions’. It is in places like these that critical scholarship has flourished; this is the only way great institutions have emerged in India. Sadly, many of the same institutions are now in crisis thanks to bureaucratic and unimaginative leadership.

However, the magnitude of clerical work in many public institutions causes emotional and physical exhaustion forcing many young faculty members to apply for other opportunities, especially in the new private universities, where they hope they will be given the space to think and write. But private universities with their preferential rules and policies cannot be the solution. What we need are robust public institutions that provide quality education to everyone. Indeed, if one had to choose between public and private institutions, one would rather deal with bureaucracy in a public institution, where every department enjoys autonomy and freedom, than at a private setup that by nature is exclusive and market-driven.

Also read: Why We Need the Humanities Now More Than Ever

But the times being what they are, we can no longer afford to make this distinction lightly. There are fewer and fewer islands of educational experience not already eroded by the tides of conformism, nepotism and corruption. We can only hope that in the years to come, students, academics and activists unite to express their dissent against an intolerant world already unabashedly devoid of the subtleties of the imagination.