Around 2,000 teachers from across the world have expressed solidarity with JNU teachers who are facing disciplinary action for a one-day strike last year. 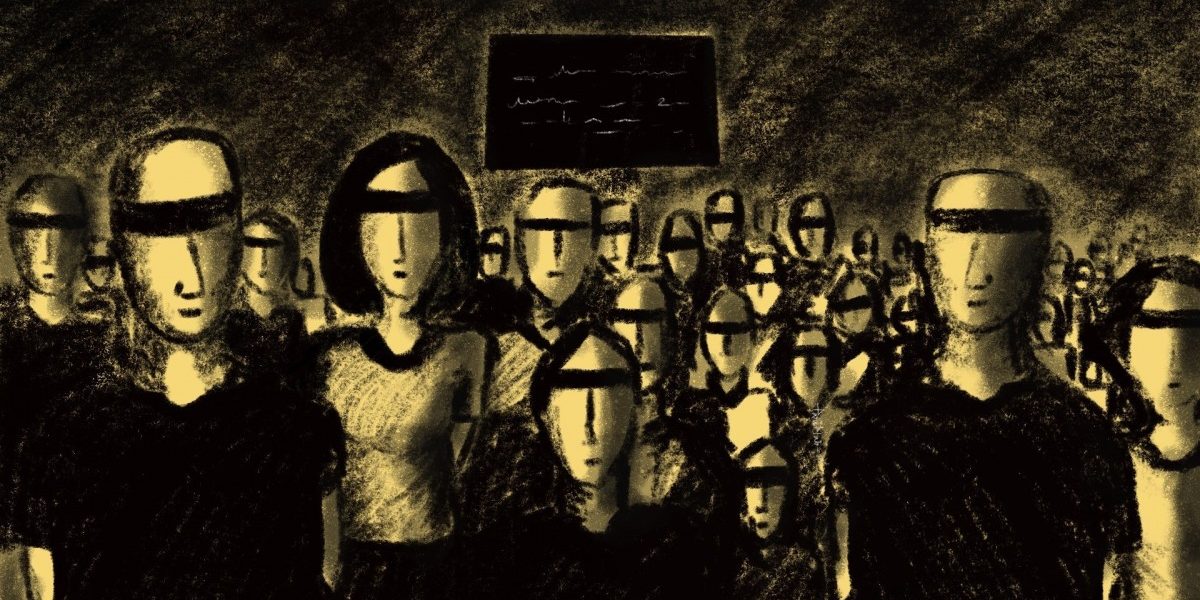 New Delhi: Teachers’ representatives from various universities came together in solidarity with the 48 Jawaharlal Nehru University teachers who have been sent a notice by vice-chancellor Mamidala Jagadesh Kumar for a one-day strike on July 31 last year. A statement endorsed by 1,931 teachers and researchers from various universities across the globe was also released in a solidarity gathering at the Press Club of India on Saturday afternoon.

The statement demands that the chargesheets issued to the 48 JNU teachers be withdrawn and the “attempt to impose” CCS rules on college and university teachers across the country be stopped.

Sections of the Central Civil Services (Classification, Control, and Appeal), Rules 1965 and CCS (Conduct) Rules 1964, applicable to government servants, have been invoked in the chargesheet against the teachers. They argue that CCS rules are not even applicable in JNU as the proposal to bring CCS rules through an ordinance was withdrawn in the 276th meeting of the JNU Executive Council held on October 22, 2018. Reportedly, the VC had also confirmed that no CCS rules were incorporated in JNU ordinances. 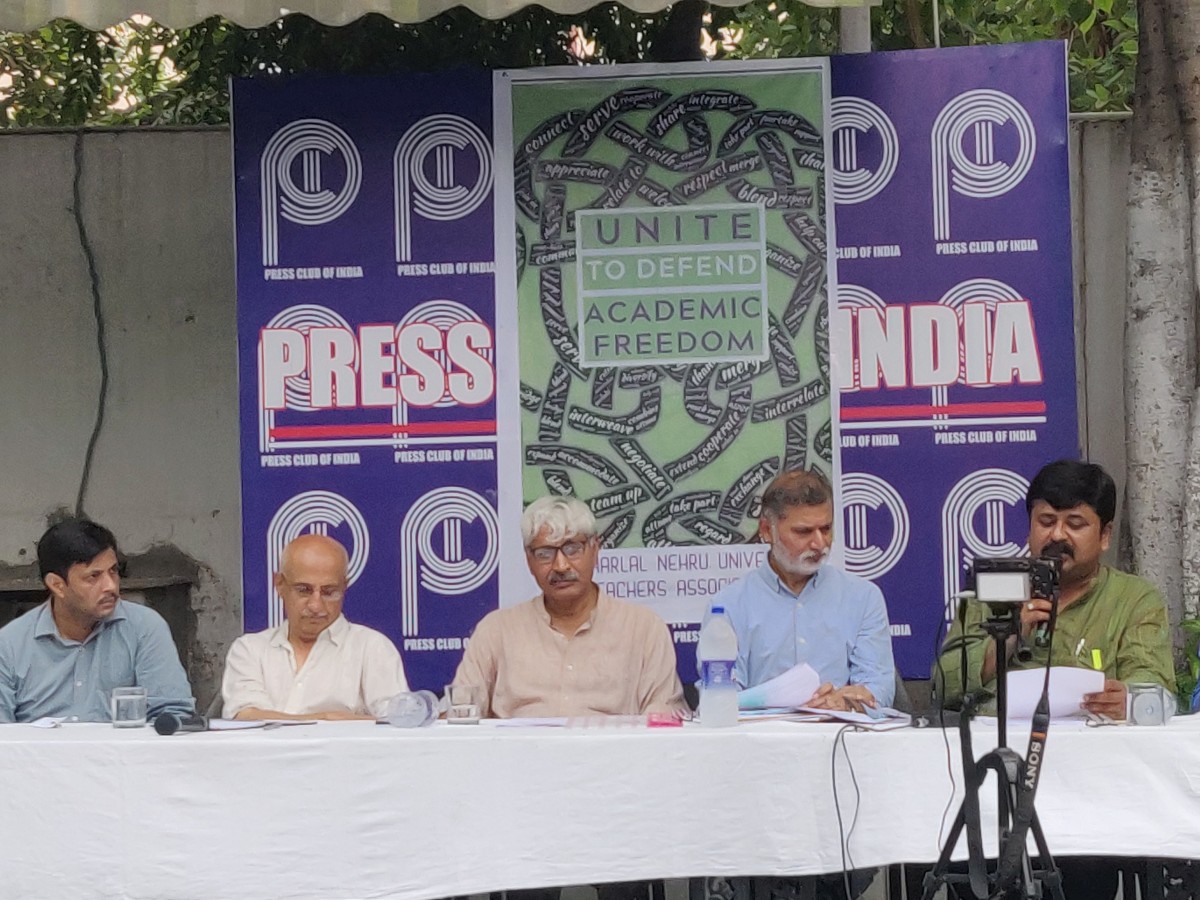 Panellists at the press conference on Saturday. Image: Akhil Kumar

Expressing bewilderment at the filing of a chargesheet for what they claim was a peaceful symbolic protest, which are routine in universities, teachers see a more sinister plan at work. They say it’s not just about JNU and that CCS rules should not be applicable to teachers as it will have the effect of “pulling a blanket ban on freedom of speech and expression in the classroom”.

“Far from being an act to disrupt the academic life of the university or bring disrepute to it, we understand the JNUTA protest was a call in defense of the JNU Act, statutes and ordinances,” the statement says, referring to last year’s strike by JNU Teachers’ Association (JNUTA) for which the charge sheet has been filed. The strike was in response to alleged violations of reservation policy in the university, “arbitrary removal and appointment” of chairpersons and deans, “harassment and selected targeting” of teachers and various other issues.

Calling it an attempt to stifle protest in JNU, the statement says that imposition of CCS rules will have a wider implication for all college and university teachers. Sections 5 of the CCS Conduct Rules prohibits all political activity, including being a member of any political party. This, the statement says, bars teachers from even contesting elections.

“Not only will this entail a great loss to our democracy….it makes sacrifice of fundamental rights under Article 19 (a) a precondition for employment,” it adds, pointing out that many academics “have brought great lustre” to India’s political firmament in the last seven decades.

The statement adds that teachers’ participation in mass rallies, even of the nature of the one witnessed around the Jyoti Singh gangrape, might now constitute breach of service.

Teachers also feel that this rule can be misused for “witch hunts” by university administrators as they are appointed by the ruling party and might act on their direction to suppress independent and critical voices.

Also read: JNU – The Story of the Fall of a Great University

Section 9 of the CCS rules prohibits any criticism of the government. No government servant, which the teachers will also become if CCS rules are enforced, is allowed to, “in any communication to the press or in any public utterance, make any statement of fact or opinion which has the effect of an adverse criticism of any current or recent policy or action of the Central Government or a State Government”. This, the teachers say, in effect introduces censorship as a condition of service.

Academics will not be able to engage in any critiques of government policy, which they say deprives them of the opportunity to inform and influence public opinion. This is “an essential role of academia and the chief way in which it can give back to society,” the statement adds.

The statement concludes by saying this would have a “chilling effect” on free speech.

The speakers at the meeting linked this step to the broader political discourse in the country and alleged that the government is trying to suppress critical voices by all means and is bent on destroying autonomous institutions where a culture of independent and critical thought is encouraged. With no hope from parliament, where they say legislative changes are being pushed through by a “managed majority”, they called upon academics and students across the country to mobilise and take their struggle to the streets.